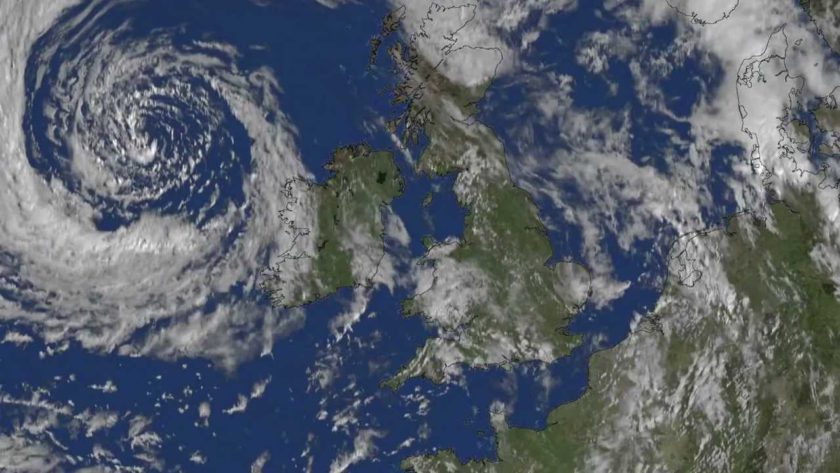 The position of the UK means that it has a temperate climate that is very much regulated by the Atlantic ocean. Winters are mild when compared to other global locations at the same longitude. For example London is at roughly the same longitude north as Calgary in Alberta. Calgary winters see -20°C and have a record low of -45°C. The warmth from the Atlantic meridional overturning circulation (AMOC) system keeps UK winters mild. In the summer that same current also has a cooling effect and so the UK does not have extremes.

With a globally changing climate, what is the future for the UK?

The UK’s Met office has just published a paper on exactly that.

Study: The increasing likelihood of temperatures above 30 to 40 °C in the United Kingdom

Published in Nature Communications on Jun 30, 2020, the authors of this paper tie together regional observations with climate model data and spell out the possible roadmap for what is coming. The process they utilise for doing that is known as a “risk-based attribution methodology”.

What is the quick summary of their results?

We find that temperatures above 35 °C are becoming increasingly common in the southeast, while by 2100 many areas in the north are likely to exceed 30 °C at least once per decade. Summers which see days above 40 °C somewhere in the UK have a return time of 100-300 years at present, but, without mitigating greenhouse gas emissions, this can decrease to 3.5 years by 2100.

In other words, temperatures exceeding 40°C will become increasingly common.

It is an appropriately cautious and wholly reasonable conclusion.

Cherry-picked snippets from the paper

…Europe is gearing up for more frequent and intense heatwaves6 and while the UK has not yet borne the brunt of extreme continental heat, its summer temperatures are decidedly on the rise7,8. Attribution research provides strong evidence that hot extremes are becoming more frequent and intense9 under the influence of human-caused climate change10,11. The UK summer temperature of 2018 was a joint record, estimated to have become 30 times more likely due to anthropogenic causes12. A year later, during a severe heatwave in western Europe13, the warmest daily temperature averaged over the UK reached a new peak (Fig. 1a) and the highest temperature in the country ever recorded was registered in Cambridge… 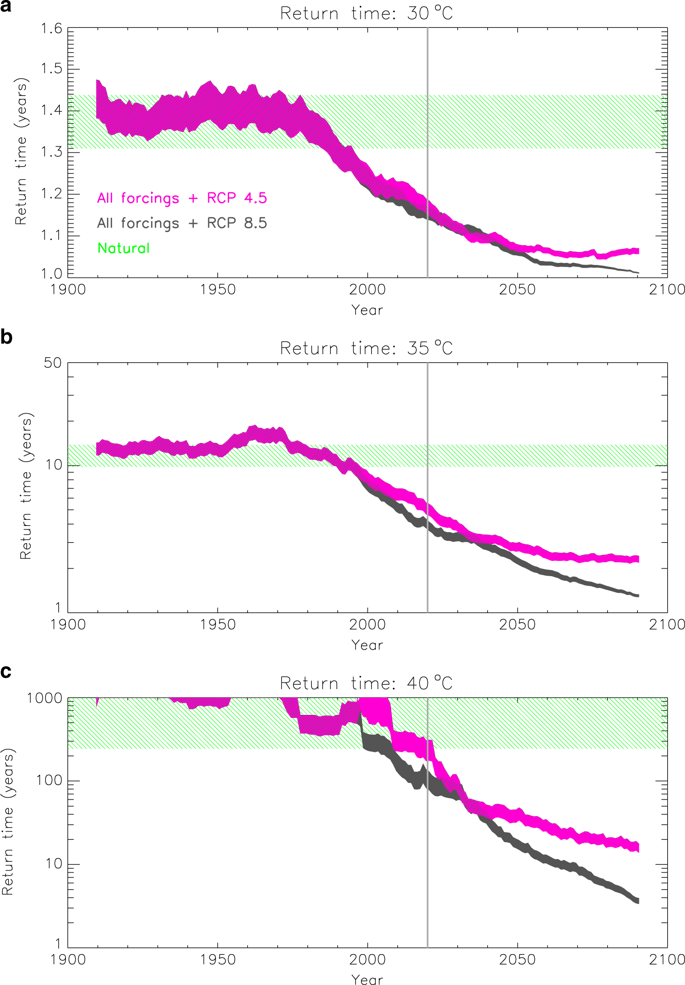 It includes all forcings and future projections following the RCP 4.5 (in pink) and RCP 8.5 (in grey) scenarios. The thickness of the timeseries illustrates the uncertainty in the transfer functions used in their analysis.

The expected range in the natural climate is marked in green. The vertical grey lines mark year 2020 (i.e., the present climate).

The summary of what is coming

Rising above 35 °C is estimated to occur once every 5 years at present and almost every year by the end of the century.

The probability of recording 40 °C, or above, in the UK is now rapidly accelerating and begins to rise clearly above the range of the natural climate.

In other words, the UK on a course towards temperatures that would be too high to be observed in the natural climate.

As the warming continues, you can expect new records in coming decades.