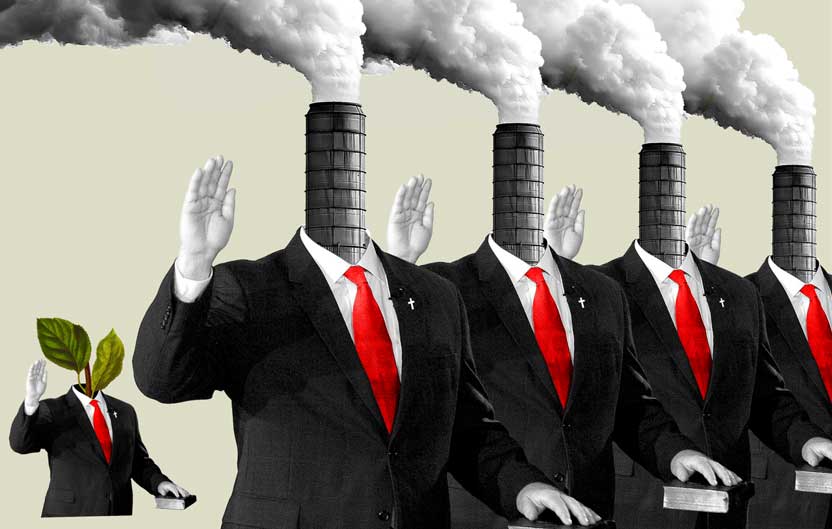 If you read what I post, (hat tip to all three of you), then you are perhaps aware that there are two topics that tend to dominate my daily scribbling, namely religious belief, and climate change. What is perhaps fascinating to me is the combination of both of these topics and so the denial of the scientific reality of climate change by right-wing evangelicals is indeed something worth pondering over and warrants a question asking why is it like this.

Last September Brendan O’Connor wrote an article on Splinter on this very topic. Side note, Splinter is part of Gizmodo, they use that name as a way of telling you that what they publish is designed to offer a sharp point of view that will “amplify underrepresented voices, shine a light on systemic inequality, and skewer politicians when necessary“.”

While it was last September, it still very much stands today and should be read if you wish to truly understand what is going on and why we now live in a world where Evangelicals are more or less identified as the Republican Party at prayer.

Entitled “How Fossil Fuel Money Made Climate Change Denial the Word of God“, it lays out the history of it all and also points out that not all that long ago things were radically different …

In 2005, at its annual meeting in Washington, D.C., the National Association of Evangelicals was on the verge of doing something novel: affirming science. Specifically, the 30-million-member group, which represents 51 Christian denominations, was debating how to advance a new platform called “For the Health of a Nation.” The position paper—written the year before An Inconvenient Truth kick-started sense of public urgency around climate change—included a call for evangelicals to protect God’s creation, and to embrace the government’s help in doing so. The NAE’s board had already adopted it unanimously before presenting it to the membership for debate.

… and yet here we are today. So what happened, why did they take a collective left-hand turn and instead embrace the denial of evidence-based scientific reality?

The title of the article is more than a subtle clue, it very explicitly tells you exactly what happened.

It’s a long article and lays out the story of how a group of right-wing Christians, funded by fossil-fuel interests, hijacked the public and political machinery of the evangelical movement.

Just to make something clear, this is not a story about belief vs non-belief, but rather it is a story that specifically explains how right-wing political fundamentalists successfully hijacked the evangelicals so that they could manipulate and play them for their own very specific right-wing agenda. If you wonder how people who claim to follow the teaching of Jesus embrace the idea that social welfare is evil and that military action is morality incarnate, then here is your answer.

Following the money is often the key to understanding, and this is no exception to that generic observation …

Conservative groups, funded by fossil fuel magnates, spend approximately one billion dollars every year interfering with public understanding of what is actually happening to our world. Most of that money—most of the fraction of it that can be tracked, anyway—goes to think tanks that produce policy papers and legislative proposals favorable to donors’ interests, super PACs that support politicians friendly to industry or oppose those who are not, or mercenary lobbyists and consultants, in some instances employing the same people who fought to suppress the science on smoking. In terms of impact, however, few investments can rival the return that the conservative donor class has gotten from the small cohort of evangelical theologians and scholars whose work has provided scriptural justifications for apocalyptic geopolitics and economic rapaciousness.

Belief in Coal as the one true faith

The use of religion to promote oil is quite real and very blatant. AS an example, here is a prayer for the free market economy published on the Cornwall website that reads:

We pray that trade and business across the globe would flourish. We pray for the leaders of the countries and various international institutions who decide economic policy. Please give them wisdom and let them uphold an economic system that is not restrictive.

We also pray for an abundance of energy that will support the growing economies of the world.

We ask You to help people understand the importance of conventional and clean energy sources like coal and nuclear to the developing nations of the world.  Lord, let Your wisdom guide the decision makers in academia and governmental institutions.

We pray this in Jesus name, 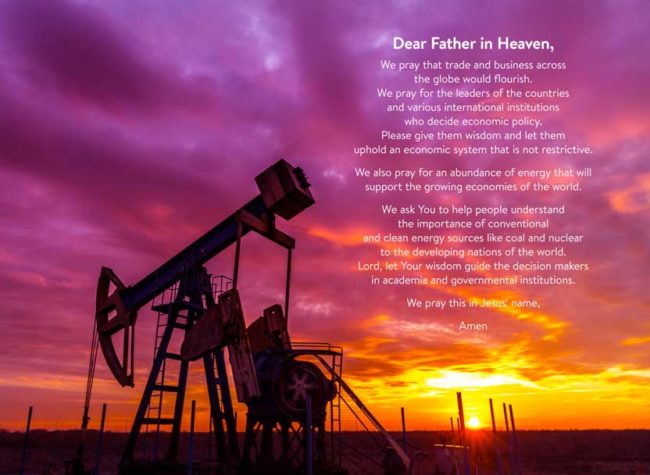 Belief is a very potent force and is one that is effective in keeping everybody on message and in line. “Stay in step or else” …

Sen. Sheldon Whitehouse, a Democrat from Rhode Island, has said that he knows of at least a dozen Republicans in the Senate who accept climate science and want to take action, but feel they can’t do so for fear of the political repercussions—despite the fact that recent polling shows a majority of Republican voters believe that the United States “should play a leading role” on climate action. Half a dozen politically connected evangelical Christians who are active on Capitol Hill backed up Whitehouse’s claim to Splinter, saying they have either first- or second-hand experience with politicians who admit in private that they accept climate science even as they oppose regulations and reforms in public.

Bob Inglis, a former GOP congressman from South Carolina who lost his seat to a primary opponent during the Tea Party surge of 2010, told Splinter that there are Republican senators and representatives who want to take climate action but are “terrified” to do so. Reverend Mitch Hescox, president of the Evangelical Environmental Network, estimated that there are as many as 20 senators who would take action for climate and clean energy—but only if there were grassroots support to do so. Dr. Katharine Hayhoe, director of the Climate Science Center at Texas Tech and an evangelical Christian who believes in climate change, suspects that the “vast majority” of those who dismiss climate science in Congress are secret believers. 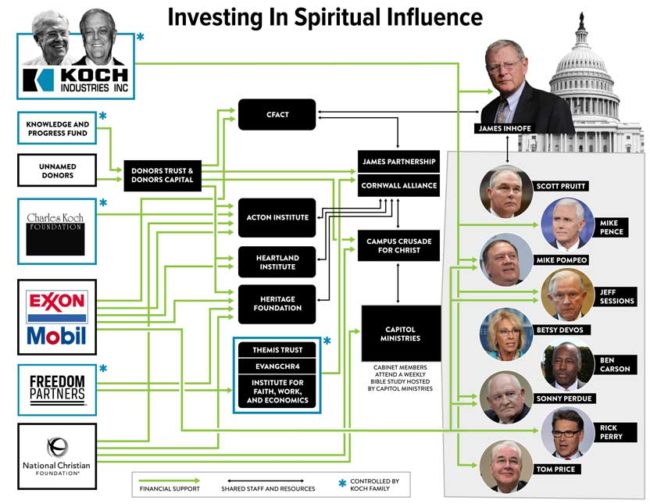 Who really controls and pulls the strings is abundantly clear …

Rep. Inglis told me. “Members of Congress are afraid of the people they represent, but they’re terrified of the activists within their own party, because that’s who takes you out in a primary.”

Bottom line: If you want to understand what makes Evangelicals tick then it is worth investing a bit of time in reading the full article.

Related to this is an article in 2016 entitled “Evangelical Christianity destroyed its own brand — here’s why they are now widely despised” by Valerie Tarico. It grants you an outsiders view of what people really think of the god squad.

One Last thought: Political Use of Religion is not new

“Religion is regarded by the common people as true, by the wise as false, and by rulers as useful”

The above is often attributed to Seneca. It actually comes from Edward Gibbon, The History of the Decline and Fall of the Roman Empire, vol. I, ch. II.