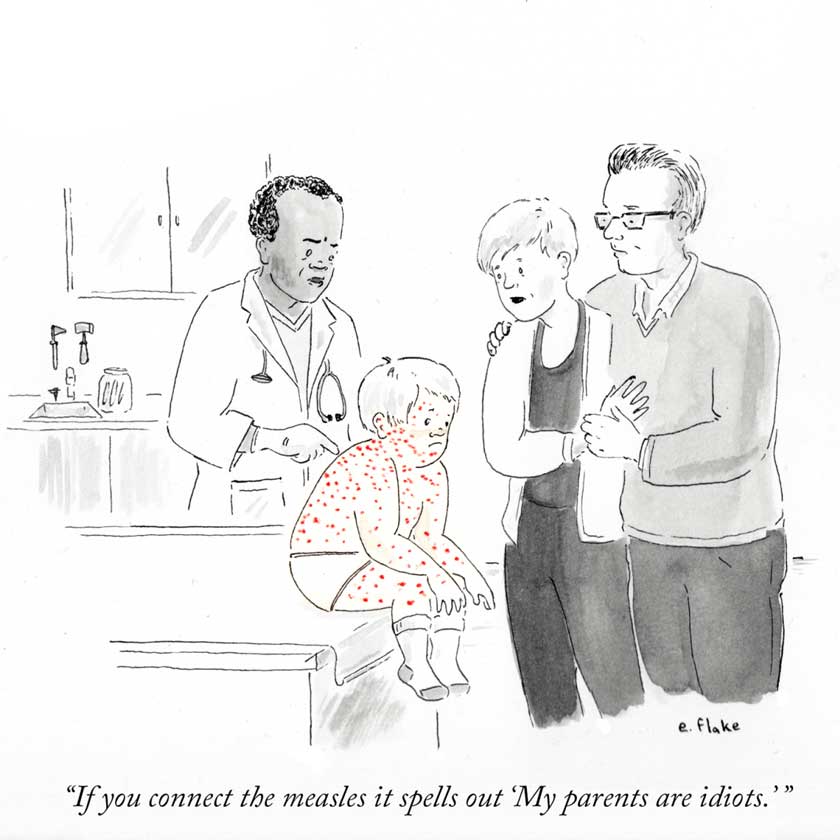 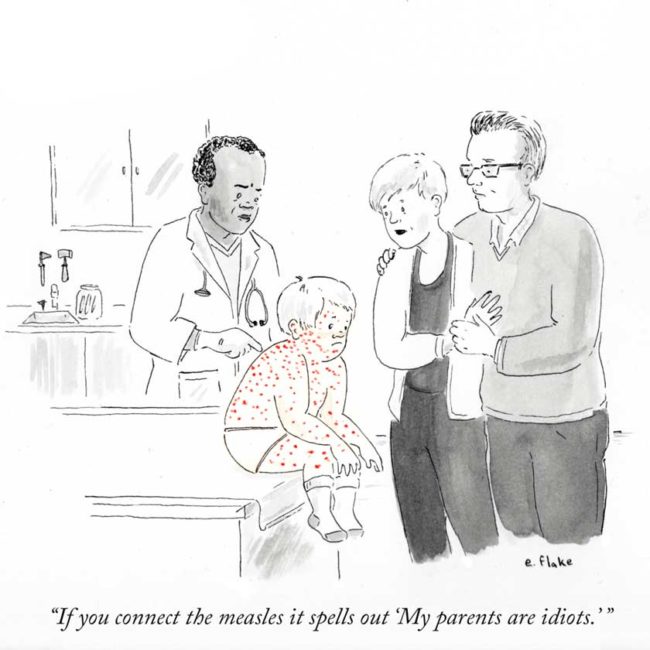 From last August there is a great Canadian article that lays out a good way to effectively communicate to people who have serious doubts about vaccines.

It is worth reading in full, but since they have proposed seven steps, I’d like to chime on and comment on each myself.

There was and still is a need for such Articles

As explained by the article, the motivation for effective persuasion is important …

This week, Toronto Public Health warned that a young adult in the city had the measles, after getting it while travelling. These stories are no longer uncommon; there have been outbreaks of measles in British Columbia, Alberta, Saskatchewan and Ontario in recent years. One, in Quebec, had more than 100 cases.

One reason is because Canada’s vaccination rates are too low. Eighty nine percent of toddlers have been vaccinated for measles, mumps and rubella (MMR) as well as meningococcal diseases, and 91 percent have gotten the polio vaccine. Vaccinations for diphtheria, pertussis, tetanus and chickenpox are lower, with rates in the 70th percentiles.

… and that’s a problem, because there needs to be a 90% uptake if herd immunity is going to be maintained.

Not too long ago I was writing about a study that looked into various stances and one of the stances examined was anti-vaccine. What it revealed is that climate science was highly politicised, but an anti-vaccine stance was not. In other words presenting climate change facts does not change minds, but may help when it comes to vaccines.

So what Guidance does the Article present?

It lays out seven steps that I do feel are quite good.

1. Stop thinking of all people who don’t vaccinate as anti-vaxxers

That’s good advice. Many people who opt to not vaccinate are simply doing what they feel is best for their kids. Having listened to fear mongering by hardcore anti-vaxxers, they pause. That is wholly understandable and also a very rational reasonable response. The article estimates that about 1-3 % are hardcore anti-vax fanatics that will not be reasoned with, and that the vast majority are quite reasonable people who will respond appropriately when presented with the actual facts.

Humans are very prone to not doing the analytical thinking, but often take shortcuts and respond at an emotional level. Once a specific idea becomes entrenched, we often resist conflicting information and filter it out.

Attempts to tell people something often has no impact and so an interesting approach is to nudge people towards working things out for themselves by asking questions.

3. Call out distortions in the science

In this context, the Canadian article relates this story …

Francesca, a new mom in Toronto, met with her doctor three times to discuss her hesitancy around vaccinating her child. Despite that, he “did not accomplish anything in answering questions I had,” she says. “His words were ‘as of right now there is nothing wrong with these vaccinations.’ To me, they said that about smoking at one time. It’s not good enough to me.” Needless to say, he didn’t change her mind.

A common distortion promoted by the anti-vaccine advocates is the demand for 100% safety. The problem is that nothing is 100% safe. What needs to happen is that distortions such as this and also other misrepresentations of what we actually know need to be called out. Or as the article puts it …

A review by Betsch looked at the messaging side of thing and found that when faced with arguments like these, calling out these techniques can be helpful.

What can also greatly help is to make the observation that the prevailing scientific consensus is that vaccines are safe, and that can help to reduce the degree of uncertainty generated by the false claims and distortions promoted by the anti-vaccine movement.

4. Work with confirmation bias instead of against it

This is an interesting one. The anti-vaccine movement taps into human fears and leverages them to generate uncertainty.

A common response to to push back against that and explain that vaccines are safe and you do not need to be worried. However, that is still fighting something very powerful – human emotion.

A 2015 study found that showing parents pictures of children suffering from mumps, measles or rubella and a parent’s description of a child’s illness worked better than sharing information debunking the idea that vaccines aren’t safe.

We all love a good narrative, and so we pay attention to stories.

When people are confused or not sure about something then by default they tend to do nothing, that is the default.

One approach if for doctors to not ask if they will vaccinate, but to instead assume that they will, and so the default then becomes one where parents vaccinate … unless they take a specific step to not do so.

Another is to make it harder not to vaccinate. States that make it harder to get exemptions to vaccinations for school attendance havesignificantly fewer parents opt-out than those that don’t. That’s being adopted in Canada, too: Ontario’s Health Minister has tabled legislation that would require parents to take an educational class before being allowed to opt-out of vaccinating. And Manitoba, Ontario and New Brunswick have enacted legislation that requires children to be immunized before attending public school.

7. Tailor the message to build trust

One universal size does not fit all, and so instead people need be engaged with as unique individuals.

First understand the concerns, and through that gain an insight into what has driven the decision making process in a specific direction. You can then give answers that are adapted to the questions and position of the parents.

It really does work …

Part of the reason motivational interviewing is successful, he says, is that parents like it, especially vaccine hesitant ones. “They say, it’s the first time that I feel respected about my position with vaccination, this is the first time someone has spoken to me like this,” he says. “One mother [who had just given birth to her third child] said to the research assistant after the intervention, okay, I’m going to vaccinate my child,and all of my other children as well. It’s the first time that I’ve had a discussion like this, and I feel respected, and I trust you.”

As interesting set of suggestions and so the essence of it is this. If you wish to inspire, motivate and guide, then you need to move beyond simply dispensing a steam of facts, and instead engage with people using stories and narratives. Also don’t unjustly demonise people but instead appreciate the cognitive biases in play and leverage an understanding of them in order to yield a far better outcome.

Vaccines have been the most successful medical intervention of the 20th century for a reason – they really do work very well. The quality of human life has been vastly increased since the widespread use of vaccines.

Finally, if you read the comments under the Canadian article then get ready to face-palm because the anti-vaccine community leapt in and proceeded to do their thing. That includes citing redacted and discredited articles that claim vaccines cause autism as “evidence”.