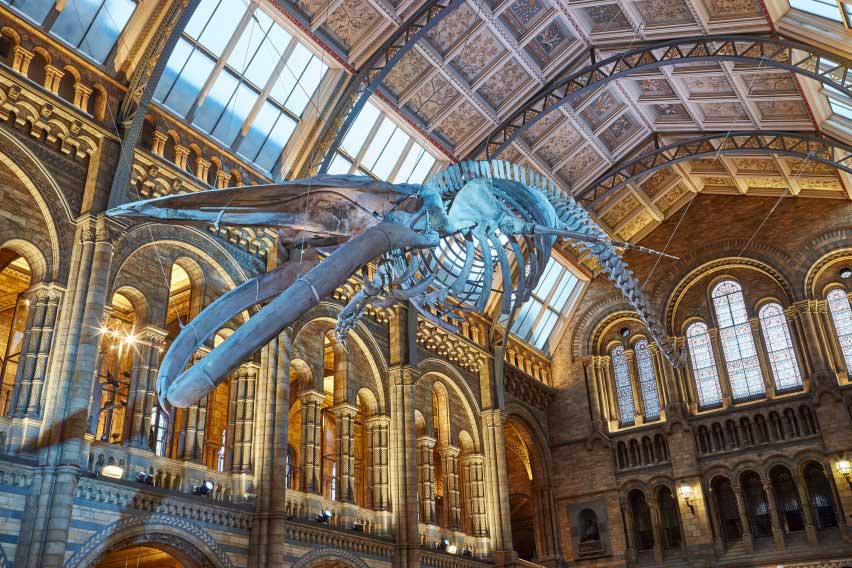 Now that the holiday season is in full swing do we find that the religious community stops making utterly absurd claims and suggestions?

Oh come now, I’m sure you can guess the answer. Least I am now holding you in suspense because you are not sure what the answer might be, then here now (below) is my personal selection of three utterly absurd things that have been “inspired” by a deeply felt religious belief during the past week.

The point of course is not for you to be shocked, but rather to deploy something far more appropriate … laughter.

Incidentally, as an aside, I was in the past week sincerely advised that people who mock and laugh at absurd claims are “persecuting” those who sincerely hold such beliefs. So with that thought in mind, let the persecution (laughter) commence …

Natural History museums are wonderful places unless of course you happen to be a creationist. Now this is where you might perhaps anticipate that this item involves Answers in Genesis, the folks that believe that planet earth along with the entire universe is only 6,000 years old … max. You would of course be right, it is a cue for a new posting this week by them about the contrast between their “Museum” and a real Museum …

This winter, two local museums in the Cincinnati area are providing science programs for children. Parents have the option of enrolling their children in the Cincinnati Museum Center’s Program on Wheels entitled “Evolution of Diversity” or the Creation Museum’s “Explore: Forensics.” As a parent, consider which program would engage your child in learning science from a biblical worldview and teach them the truth of God’s Word.

Indeed yes, damn all that science-based evidence, because bible magic trumps all that ..

During this hands-on workshop, children will supposedly be captivated by the evolutionary dioramas and fossil specimens, designed to convince them these faulty, man-made ideas are in fact true.

… say the folks who actually do have blind faith and no actual evidence.

Apparently they have proof, their evidence is that they have an actual eyewitness who can verify their claims for them …

the biblical account of creation has been directly observed by the perfect eyewitness, Jesus Christ, who provides us with an accurate description of these events in Genesis. Beginning with the Genesis record and the timeline provided in the Bible, creation scientists are able to make intelligent, reasonable scientific predictions

I’m not exactly convinced that they actually understand what the word “scientific” or “even “scientist” actually means.

If faced with this choice between a Museum and a “Museum” then let me make it easy for you. You can opt for something that really is science-based or you can opt for indoctrination into utter lunacy. 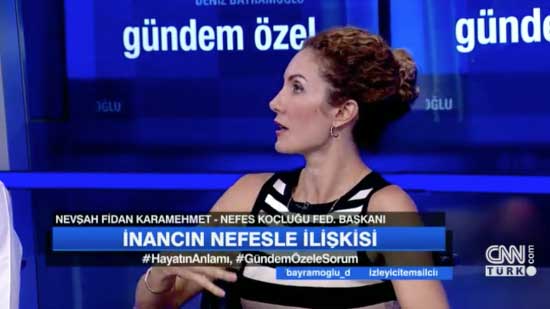 Did you know that you are not breathing correctly and as a result you can’t find God.

“breathing therapist” Nevşah Fidan Karamehmet popped up last week on the Turkish version of CNN (an affiliated station), with this claim …

… Karamehmet, a self-claimed breathing therapist, suggested atheists had no breath in their rib cages for a reason related to “magnetic fields” there.

“Radical atheists come to my seminars. There are many serious researches conducted to find the relations between breathing and thinking. For example, atheists’ abdominal breathing is perfect but there is no breath in here,” she said, pointing at her rib cage. “There is a bulge in the rib cage. It is like there’s a stone in there.”

She then proceeds to claim that the “radical atheists” who attend her class and breath “properly” suddenly found God.

As for the connection between “breathing and thinking”, well yes, stop breathing and you will also soon stop thinking.

Air goes in and air comes back out … apparently you have been doing it all wrong.

This week Mark Taylor, a self-proclaimed prophet, popped up to claim that Trump will soon cure cancer and alzheimers. Via Right Wing Watch …

Self-proclaimed “firefighter prophet” and right-wing conspiracy theorist Mark Taylor appeared on “The Edge” television program on Saturday night, where he said that during his second term in office, President Trump will release the long-secret cures for cancer and Alzheimer’s disease.

Taylor told host Daniel Ott that Trump’s priority during his first term is cleaning out the corruption in the pharmaceutical industry, which already has such cures but has been keeping them secret because “big pharma doesn’t want you well, they want you sick because that is how they make their money.”

Once Trump eliminates the corruption, Taylor said, we’ll “be fixing to see cures for medical conditions begin to come forth … We’ve had cures for this stuff, Daniel, for years, for decades; for cancer, we’ve got cures out there for Alzheimer’s, all kinds of diseases out there, the cures are there.”

For those waiting in anticipation of these cures, I have a prophecy for you. Trump will not be curing Cancer, nor will he be curing Alzheimers.

What of course is sad about this is then even if it was true, which it is not, nobody would get access to the cure because there will be nobody left with any healthcare except the very rich.

This is not about just three items each week, there is an abundance of choice. For example, scan just one blog, the Friendly Atheist, and for the past seven days, these news items pop up …