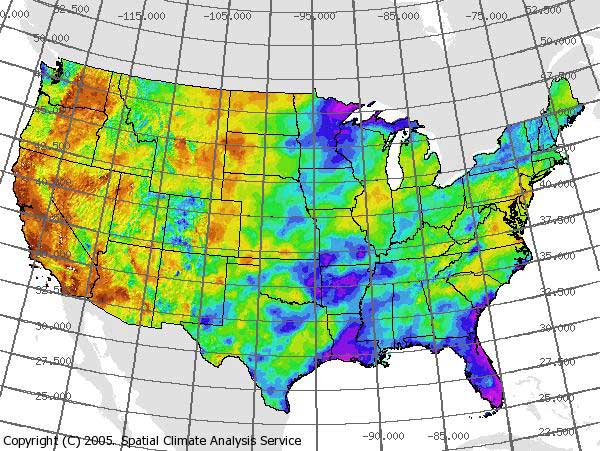 A rather regular part of office life is the fire drill, an evert that you really do hope never happens when it is tipping down outside. When standing in the car park on one such occasion, I commented that this was a complete waste of time. In response , a colleague told us the story of a time in another building when he and all his colleagues had trooped out to the car park on a bright summers day, happy to have a bit of a break, then watched in horror as the building proceeded to burn to the ground – it was not a drill. Yes, it was not his building, nor his business, but he had left his jacket on the back of his chair with his wallet and car keys still in it.

The point is this – You don’t expect disaster, but it is still wise to prepare for possibilities, and so we install alarms, and take out insurance.

The real possibility that now faces us is that the climate change deniers that Trump is putting in place will end up obliterating the US efforts to monitor Climate Change. Brady Dennis writes within the Washington Post about the new data copying response that is now underway …

Alarmed that decades of crucial climate measurements could vanish under a hostile Trump administration, scientists have begun a feverish attempt to copy reams of government data onto independent servers in hopes of safeguarding it from any political interference.

The efforts include a “guerrilla archiving” event in Toronto, where experts will copy irreplaceable public data, meetings at the University of Pennsylvania focused on how to download as much federal data as possible in the coming weeks, and a collaboration of scientists and database experts who are compiling an online site to harbor scientific information.

“Something that seemed a little paranoid to me before all of a sudden seems potentially realistic, or at least something you’d want to hedge against,” said Nick Santos, an environmental researcher at the University of California at Davis, who over the weekend began copying government climate data onto a nongovernment server, where it will remain available to the public.

Michael Halpern, the deputy director of the Center for Science and Democracy at the advocacy group Union of Concerned Scientists, has pointed out in an email …

“They have been salivating at the possibility of dismantling federal climate research programs for years. It’s not unreasonable to think they would want to take down the very data that they dispute, There is a fine line between being paranoid and being prepared, and scientists are doing their best to be prepared. . . . Scientists are right to preserve data and archive websites before those who want to dismantle federal climate change research programs storm the castle.”

There has not been a declared intent to actually obliterate publicly available data, but the fear is not simply paranoia, the threat is distinctly real. What we have already observed is the start of a witch hunt with a request of specific individuals who have worked on climate change. The Energy Department which received that request responded by saying it would not comply.

Care about Trump, data, or the environment? Join us for a day of hackathon activities in preparation for the Trump presidency.

This event collaborates with the Internet Archive’s End of Term 2016 project, which seeks to archive the federal online pages and data that are in danger of disappearing during the Trump administration. Our event is focused on preserving information and data from the Environmental Protection Agency, which has programs and data at high risk of being removed from online public access or even deleted. This includes climate change, water, air, and toxics programs. This project is urgent because the Trump transition team has identified the EPA and other environmental programs as priorities for the chopping block.

The Internet Archive is a San Francisco-based nonprofit digital library which aims at preserving and making universally accessible knowledge. Its End of Term web archive captures and saves U.S. Government websites that are at risk of changing or disappearing altogether during government transitions. The Internet Archive has asked volunteers to help select and organize information that will be preserved before the Trump transition.

Activities:
1. Identifying endangered programs and data
2. Seeding the End of Term webcrawler with priority URLs
3. Identifying and mapping the location of inaccessible environmental databases
4. Hacking scripts to make accessible to the webcrawler hard to reach databases
5. Building a toolkit so that other groups can hold similar events

Skills needed: We need all kinds of people — and that means you!
1. People who can locate relevant webpages for the Internet Archive’s webcrawler
2. People who can identify data targeted for deletion by the Trump transition team and the organizations they work with
3. People with knowledge of government websites and information, including the EPA
4. People with library and archive skills
5. People who are good at navigating databases
6. People interested in mapping where inaccessible data is located at the EPA
7. Hackers to figure out how to extract data and URLs from databases (in a way that Internet Archive can use)
8. People with good organization and communication skills
9. People interested in creating a toolkit for reproducing similar events

It’s not the only effort

There is also Climate Mirror.

Climate Mirror is part of an ad-hoc project to mirror public climate datasets before the Trump Administration takes office to make sure these datasets remain freely and broadly accessible. It was kicked off by a tweet from journalist Eric Holthaus.

This page will link out to external mirrors soon. In the meantime, it hosts one mirror of its own, to NOAA’s paleoclimate datasets. You can access the mirror at paleo.climatemirror.orgusing FTP.

One other major source of mirrored data is https://climate.daknob.net

Will the Trump administration actually seek out and obliterate climate data?

Probably not … but that is not a certainty, and so this is all a wise precaution.

What is far more probable is that they will simply gut all existing climate research and seek to stop the collection of data, especially when it is data that clearly and decisively conflicts with their cherished anti-science dogma.