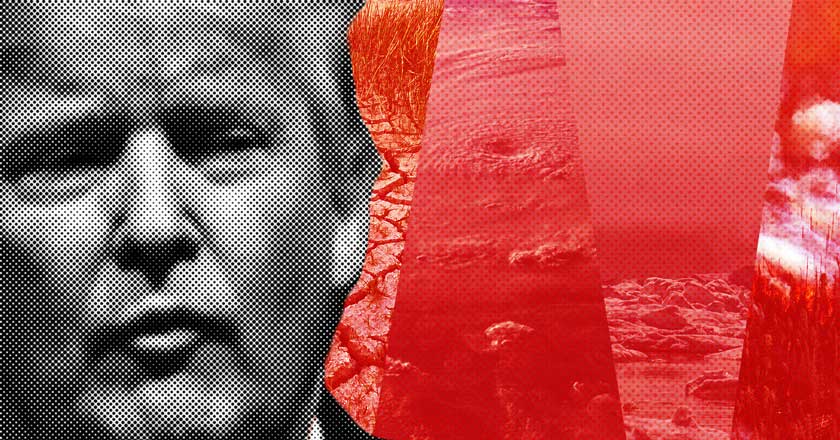 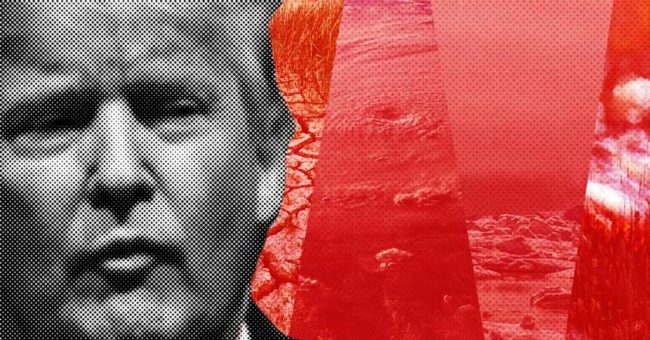 It is distinctly possible that after Salman Rushdie published his fourth novel, The Satanic Verses, back in 1988, you would normally have never heard of it. Can you for example name any other novel he has written? Everything changed when the Ayatollah Ruhollah Khomeini, the Supreme Leader of Iran at that time, issued a formal fatwā calling for Rushdie’s death on 14 February 1989. As a result quite literally millions of people who would usually have no interest in such a novel bought a copy to see what all the fuss was about. This turned a book that would sell a few hundred copies a week into one that sat in the No.1 spot in the bestseller list for 25 weeks.You simply could have not manufactured better publicity.

In a very similar manner Trump has managed to very successfully play the role of the Ayatollah and so his climate denial has ended up throwing a spotlight upon an issue that had previously not been granted the appropriate degree of media attention.

The news is this.

Before Trump, Media Matters reported that the US Media had more or less stopped reporting Climate Change related stories. All that changed with Trump, and so their latest report underlines how things dramatically changed.

The full report by Media Matters is here.

Broadcast TV news neglected many critical climate change stories in 2017 while devoting most of its climate coverage to President Donald Trump. Seventy-nine percent of climate change coverage on the major corporate broadcast TV networks last year focused on statements or actions by the Trump administration, with heavy attention given to the president’s decision to withdraw from the Paris agreement and to whether he accepts that human-caused climate change is a scientific reality. But the networks undercovered or ignored the ways that climate change had real-life impacts on people, the economy, national security, and the year’s extreme weather events — a major oversight in a year when weather disasters killed hundreds of Americans, displaced hundreds of thousands more, and cost the economy in excess of $300 billion.

Here are their key findings …

The topic of Climate Change has very much penetrated the public consciousness in a deeper way and rightly so, because 2017 has been a record breaking year for climate related disasters. The cost to just the US in 2017 exceeded $300 billion.

Ref: NOAA crunched the numbers for 2017, as they do for each and every year and published the details

There has been an increased awareness and concern regarding climate change, and that is perhaps very much down to Trump acting as a publicist for the issue via his ongoing denial, the withdrawal of the US from the Paris Agreement, and the appointment of ethically compromised individuals such as Scott Pruitt to head the EPA.

Here is how public perception has changed …

Clearly the realisation that Climate Change is a serious issue has grown. An appreciation that we are the prime cause has also grown.

Apparently the one person we have to thank for that is rather ironically the Climate Change denier in chief himself, Trump.