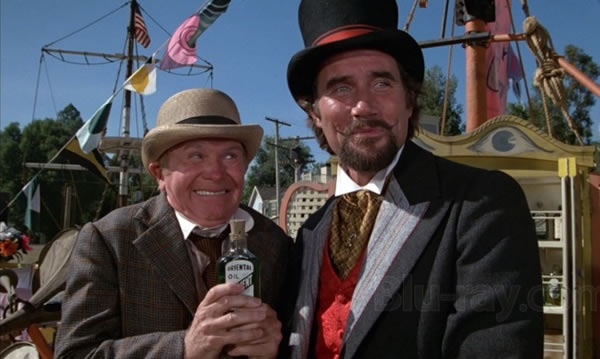 So Mike Adams of Natural News (known to many as woo central), has a rather bizarre series of articles in which he attempts to make a series of fraudulent claims regarding his arch Nemesis, David Gorski.

Now before we get into the latest updates, you might be wondering who the players are here, so let’s do a quick pass.

Who are these guys?

Who is Mike Adams?

Mike Adams of Natural News is a well-known nut who is rather fond of promoting quack medical cures in order to con the gullible and make a quick buck, he is basically your classical snake-oil sales guy alive and well, and promoting rather a lot of weird stuff. If it is a crank fringe idea then he is into it … AIDS denials, 9/11 truth, birther, etc… and the weirder it is the greater the probability will be that he is promoting it. Rational Wiki has a summary with references that you can check if curious …

NaturalNews.com (formerly Newstarget, which is now a separate site) is website run by Mike Adams (self-labeled “The Health Ranger”) which promotes alternative medicine and related conspiracy theories and attacks on science.[2] Even other quacks think it’s a quack site.[3]

If you cite NaturalNews on any matter whatsoever, you are almost certainly wrong.

Who is David Gorski?

David H. Gorski is an American surgical oncologist, Professor of surgery at Wayne State University School of Medicine,[1] and a surgical oncologist at the Barbara Ann Karmanos Cancer Institute, specializing in breast cancer surgery.[2] He is a critic of alternative medicine and the anti-vaccination movement. He is the author of a blog, Respectful Insolence,[3] and is the managing editor of the website Science-Based Medicine.[4][5]

I know David, I’ve met him a few times, and can assure you he is not only very knowledgeable, but is also a passionate consumer advocate who writes evidence-based exposures at Science Based Medicine of quacks such as Mike Adams, hence Mr Adams truly hates him because without folks like Dave to call him out, Mr Adams would be able to successfully con a lot more victims.

Recently Mr Adams has been writing a series of articles that are quite frankly bizarre, for example his latest posting on 29th April (no I’m not linking to it to increase his google ranking, I’ll let you google it if really curious) is entitled, “Detroit cancer surgeon warning: Watch out for Dr. David Gorski at the Karmanos Cancer Center” and opens like this …

(NaturalNews) “As a public safety warning to all those seeking a breast cancer surgeon in the Detroit area, I’m offering the following warning in the public interest: Dr. David Gorski is a deranged, mentally ill cancer surgeon who is widely known as a pathological liar. His daily activities are conducted in direct violation of the American Medical Association’s established code of ethics, and he operates with a total disregard for any principles of truth, honesty, ethics or even sanity.”

Being a Doctor, Mr Gorski is aware that his patents will google his name (rightly so) and so he has the following notes available on his articles …

NOTE: Anyone who has seen several derogatory articles about me on the web and is curious about what the real story is, please read this and this.

Within the first rebuttal link, Mr Gorski lists the key facts (a word that is apparently one that describes a concept that Mr Adams is not familiar with) and within the second (dated 20Apr) he addresses some of the latest rather weird claims. The first is a nice summary …

Because of his criticism of pseudoscience and quackery on Usenet, online discussion forums, and blogs over the last 18 years, Dr. Gorski has angered some supporters of dubious health practices and pseudoscience. As a result, there are a number of articles and posts online that repeat misinformation and outright lies about him. (A list of examples can be found here.)

Examples of the campaign of vilification over the last 18 years clearly designed to try to silence Dr. Gorski include an accusation of pedophilia by neo-Nazis for his work debunking Holocaust denial, a reference to him as being a “nipple ripper” by a man named Patrick “Tim” Bolen, and a false accusation in 2010 of a nonexistent conflict of interest by an antivaccine website that led to a campaign on the part of antivaccinationists to try to get him fired from his job, as documented here. False claims that he is secretly a shill for the pharmaceutical industry (known as the “pharma shill gambit,” are frequently used to try to discredit him.

Most recently, in response to Dr. Gorski’s criticism of an antivaccine movie directed by Andrew Wakefield and supported by Robert De Niro, Mike Adams, founder of the NaturalNews.com “alternative health” online empire, resurrected the false 2010 charge of an undisclosed financial COI and written a series of screeds (included in the list) making false accusations against him, claiming, for instance, that he sabotaged the entry for the movie on Wikipedia (he does not edit Wikipedia) and being in cahoots with a corrupt oncologist who bilked Medicare out of millions and gave chemotherapy to people who didn’t have cancer. Adams has posted fake patient reviews and even claims to have reported Dr. Gorski to the FBI, Michigan Attorney General, and his state medical board. Worse, in doing so, he has made similar allegations against his cancer center in an effort to pollute its Google reputation along with Dr. Gorski’s. These allegations were answered here and discussed here.

Dr. Gorski is dedicated to the best science- and evidence-based treatment of breast cancer that is currently available. If you want evidence of his commitment to providing patients with the best science-based care, look no further than his career, his position in a statewide quality consortium, and his standing up to the bullies on the Internet who want him silenced.

So who should we believe?

Well gosh that’s a hard choice, do we side with a fully accredited Professor of surgery who cares passionately about both his patients and the truth, or someone who’s been running scams since Y2K and has been posting threats against GMO scientists?

I suspect you can work out that last question yourself.

1 thought on “Weird Claim: David Gorski is the dark side of the force”