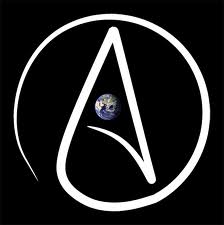 There has been a bit of buzz regarding these terms, so I feel it may be appropriate to write down my own thoughts on the matter. By doing so others might indeed chip in with points that I have failed to consider and so I will then learn something new.

First, lets start with the obvious, and yet for many not so obvious, definition of “Atheism”. I’ll keep this simple; if you are indeed like me a non-believer then I’m about to teach your grandmother to suck eggs. Atheism is the rejection of God assertions due to the lack of objective empirical evidence for all such claims. Sadly this is truly challenging for many believers to grasp, and try as you might to explain it again and again, they simply revert to ignoring as you clarify …

It is not a religion, no faith is required. Instead it is the null hypothesis, and so until somebody asserting a god claim coughs up some credible evidence, all such claims can be dismissed.

It is not a world view, it says nothing about any other non-god claims, and it dictates nothing about morality … it is simply the rejection of daft claims, akin to perhaps rejecting a claim that pink unicorns dance in your garden each night when nobody is watching, and so at best it is perhaps interesting to ponder why people believe such daft nonsense that is not in any way credible.

Some strands of belief also assert that non-belief does not actually exist (because the bible tells them this), and so they claim we all secretly believe and are simply angry with their god (yes indeed those fracking pink unicorns really do exist, you simply reject the assertion because they keep on mucking up your flower display)

OK, so what about being agnostic? Well this is rather interesting, because many atheists are also agnostics. That is a bit of a surprise to some because the terms are thought of as mutually exclusive. I do not assert a no-god claim, I have no evidence for such an assertion, and so in that sense I am not only a non-believer, but I am also agnostic. I do indeed find no evidence for god claims, and I also find the assertion to be highly improbably, just as I find the pink unicorn hypothesis to be improbable. In essence – I hold to the null hypothesis and until some credible evidence comes to light, then that is where I stand, and so I am not asserting a no-god claim, I am simply rejecting the daft god-claims.

This deserves a bit more clarification. I remain confident that the intelligent design hypothesis is incorrect (hint: no credible evidence, not one jot), and that evolution is indeed correct because of the mountains of evidence we have. However, should somebody come up with something, such as fossil mammals in Precambrian rocks, then that would indeed open up some interesting speculation, because it clearly conflicts with the current consensus. Would I be religious and attempt to ignore such evidence? No not at all, I’m interested in understanding the things that are actually true and so I need to account for all the evidence, not just the bits that I agree with. So it is with god claims, I reject them because of a lack of evidence, but I remain open to any new evidence, and yet perhaps if I am truly honest, I have no expectation of ever being presented with any.

Moving on … I am convinced that most humans (with or without a belief) are decent honourable humans who strive to do what is right. It is humanism that leads me down this road and takes me to a place where we can deploy reason and logic instead of blind dogma to strive for ethics and justice. Belief might indeed dictate that slavery is a jolly good idea and that being gay is a hideous crime, but by deploying some reason and logic it quickly becomes clear that slavery is wrong as is the anti-gay stance. If you are not sure about this, then pause and consider slavery – the bible from cover to cover is a pro slavery text and takes no stance against it, yet today we as a culture have evolved our ethics to a degree that enables us to recognise that slavery is truly abhorrent and immoral. This is not a Christian stance; instead it is a secular stance. Those that advocate a biblical standard of morality should seriously pause and consider what that actually means, because that is a pro-slavery stance, there is not one single word in that text that opposes slavery.

I think of skepticism as the application of critical thinking to any and all claims, be they religious or non-religious. So when faced with any form of woo, … quack medicine, lake monsters, ghosts, aliens, free energy, psychics (frauds), or religious claims, etc… then you can think of this as a methodology that may be used to determine what is and is not true.

Now lets put all this together

Now this is the part where it gets interesting … yes, being an atheist is indeed a conclusion derived from a critical and very skeptical examination of religious claims … but …

So what should we make of this, who holds the high ground, should we start to police such terms and include or exclude those that do not meet a specific criteria? My thoughts … heck no.

Folks might indeed be smart enough to be skeptical about religious claims, but that does not make them immune to being conned by other claims. In a similar manner, bigfoot skeptics might indeed have sussed out the fact that the bigfoot claims are a bit of a scam by folks after funding or book peddling, but might not have yet applied critical thinking to other aspects.

The religious can indeed be truly daft to an offensive degree, for example Jerry Newcombe, an Evangelical Leader has claimed that the tragedy in Colorado happened because America has lost its fear of hell … WTF!! … no, it happened because a nut got hold of a gun, it is not associated with belief or non-belief, but rather points to an individual with a mental disorder. However, being a non-believer does not in any way make you immune to making a similar mistake, for example here is an atheist claiming that the shooting was caused by belief … sigh! and of course you can also have skeptics who (quite rightly) criticise woo, but strangely accept some religious claims.

So where am I heading with all this? Well basically, I am attempting to say that we don’t live in a world where it is “skeptics” vs “atheists” vs “agnistics” vs “hummanists” vs … etc… but rather that these are words that can be applied to all of us (potentially) such that …

I recognise that the above definitions are a tad simplistic, but my aim was a quick summary, not a book. The key is this; nobody jumps to a specific position instantly, instead I find that we all tend to rise to the surface of sanity like a deep sea diver decompressing. As we rise, we slowly let the crazy stuff go bit by bit as we de-compress on the way up.

Regardless of where we are, we are all human, and I believe (mostly) open to the idea of embracing the things that are actually true, so let us not piss on each other because our views differ, but rather strive to engage in friendly debate. I find that when I do, I often learn something new and change my mind about something.

In the end I find that most skeptics are atheists and also that most atheists are skeptics, we simply don’t all make it all the way in one leap.

What is of course truly encouraging is that the latest survey conducted by the Pew Research Center throughout 2011 and reported by USA Today is that non-belief is now 19% in the US (6% in 1990, 15% in 2010), so we are quite clearly becoming a lot more rational and less insane.

19 thoughts on “Atheist vs Agnostic vs Skeptic vs Humanist”