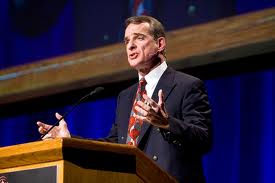 It sounds weird … really weird … to claim that non-believers actually do believe and have simply suppressed that belief, but that is exactly what Mr Craig is asserting in his latest podcast – “does reason lead to atheism or theism“.

I’ve come across this before many times and once even engaged in a rather long debate some time back with a rather un-famous evangelist (who appeared to think he was rather famous). It was here back last november. That time around the essence was this …

So now we have Mr Craig’s assertion, is it new or different in any way? No, it is simply an echo of more of the same.

It all appears to rest upon an assumption that “belief” holds the high moral ground and so non-belief is supposedly the result of people wanting to abandon such high-moral standards. He babbles on using theist slang terms such as sin as the reason for the suppression of our knowledge of his specific god concept and of course quotes from the bible (Romans) to justify this stance. As he puts it …

The human psyche is so capable of rationalization and suppressing things that we find uncomfortable that I think it’s very plausible to think that an atheist could somehow suppress the knowledge of God or rationalize it away so that he doesn’t have to face it overtly.

I do agree … the human psyche is indeed capable of rationalization and suppressing things that we find uncomfortable, such as facing up to a few home truths that Mr Craig really should come to terms with … namely …

Question to ponder – does Mr Craig, and for that matter many others, really believe that many atheists, if not all, really do secretly believe? I guess so, it would be part of the belief system that they hold the definitive version of “truth” and so it would be natural to consider any alternative to be a pale shadow simply playing a second fiddle role. It is not a huge leap from there to see a world in which their belief is simply an obvious fact that some opt to dismiss because they are in rebellion.

The are of course many things that are asserted within the belief system that are not actually true, so it should perhaps come as no surprise to discover that there also exists a belief regarding the motivation of non-believers that is also not actually true, and like all the other related claims, there is no actual evidence to verify any of it.

As for myself, a data sample of one, I was indeed once a believer but I no longer am. One aspect that motivated me to start questioning things was the observation of some activities that were highly questionable from a moral perspective – specifically an anti-gay rant during a house group meeting. Once I started to question and began to slowly let go of the irrational belief,  I was surprised to then discover that I could take a more moral position and so become a better more decent human being, and also become far less judgemental.