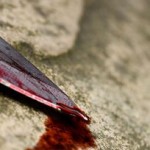 Robert Fisk wrote a tragically heartrending article in the UK Independent a couple of days ago. Its a topic that should not simply be shuffled into the “Oh that’s interesting category” and then forgotten ago … but rather is a subject that demands action … Honor Killings …

It is a tragedy, a horror, a crime against humanity. The details of the murders – of the women beheaded, burned to death, stoned to death, stabbed, electrocuted, strangled and buried alive for the “honour” of their families – are as barbaric as they are shameful. Many women’s groups in the Middle East and South-west Asia suspect the victims are at least four times the United Nations’ latest world figure of around 5,000 deaths a year. Most of the victims are young, many are teenagers, slaughtered under a vile tradition that goes back hundreds of years but which now spans half the globe.

This is not an opinion piece, nor is it a rant, but rather is a well written solid bit of first-class journalism … its also demands attention …


A 10-month investigation by The Independent in Jordan, Pakistan, Egypt, Gaza and the West Bank has unearthed terrifying details of murder most foul. Men are also killed for “honour” and, despite its identification by journalists as a largely Muslim practice, Christian and Hindu communities have stooped to the same crimes. Indeed, the “honour” (or ird) of families, communities and tribes transcends religion and human mercy.

This next sentence is truly alarming …

But voluntary women’s groups, human rights organisations, Amnesty International and news archives suggest that the slaughter of the innocent for “dishonouring” their families is increasing by the year.

Iraqi Kurds, Palestinians in Jordan, Pakistan and Turkey appear to be the worst offenders but media freedoms in these countries may over-compensate for the secrecy which surrounds “honour” killings in Egypt – which untruthfully claims there are none – and other Middle East nations in the Gulf and the Levant.

So is it just a problem somewhere else? Sadly no.

But honour crimes long ago spread to Britain, Belgium, Russia and Canada and many other nations. Security authorities and courts across much of the Middle East have connived in reducing or abrogating prison sentences for the family murder of women, often classifying them as suicides to prevent prosecutions.

It is difficult to remain unemotional at the vast and detailed catalogue of these crimes. How should one react to a man – this has happened in both Jordan and Egypt – who rapes his own daughter and then, when she becomes pregnant, kills her to save the “honour” of his family? Or the Turkish father and grandfather of a 16-year-old girl, Medine Mehmi, in the province of Adiyaman, who was buried alive beneath a chicken coop in February for “befriending boys”? Her body was found 40 days later, in a sitting position and with her hands tied.

Or Aisha Ibrahim Duhulow, 13, who in Somalia in 2008, in front of a thousand people, was dragged to a hole in the ground – all the while screaming, “I’m not going – don’t kill me” – then buried up to her neck and stoned by 50 men for adultery? After 10 minutes, she was dug up, found to be still alive and put back in the hole for further stoning. Her crime? She had been raped by three men and, fatally, her family decided to report the facts to the Al-Shabab militia that runs Kismayo. Or the Al-Shabab Islamic “judge” in the same country who announced the 2009 stoning to death of a woman – the second of its kind the same year – for having an affair? Her boyfriend received a mere 100 lashes.

Or the young woman found in a drainage ditch near Daharki in Pakistan, “honour” killed by her family as she gave birth to her second child, her nose, ears and lips chopped off before being axed to death, her first infant lying dead among her clothes, her newborn’s torso still in her womb, its head already emerging from her body? She was badly decomposed; the local police were asked to bury her. Women carried the three to a grave, but a Muslim cleric refused to say prayers for her because it was “irreligious” to participate in the namaz-e-janaza prayers for “a cursed woman and her illegitimate children”.

Surjit Athwal, a Punjabi Sikh woman murdered on the orders of her London-based mother-in-law for trying to escape a violent marriage; of 15-year-old Tulay Goren, a Turkish Kurd from north London, tortured and murdered by her Shia Muslim father because she wished to marry a Sunni Muslim man; of Heshu Yones, 16, stabbed to death by her father in 2005 for going out with a Christian boy; of Caneze Riaz, burned alive by her husband in Accrington, along with their four children – the youngest 10 years old – because of their “Western ways”.

The term “Western ways” is often code for non-religious. This is a key,  often superstitious belief, especially Islamic belief, is the root cause of all this. When challenged to “respect” such supernatural bullshit about some imaginary supernatural entity being offended by what we do, resist. While indeed people should be free to believe in fairies if that makes them happy, its the duty of the more rational thinking to stand up and declare it “bullshit”, especially when it causes such devastating harm.


You can read the full article in the UK Independent here … “Read and weep, for those who should have given love instead dispensed death. If you do not weep, then who will …“