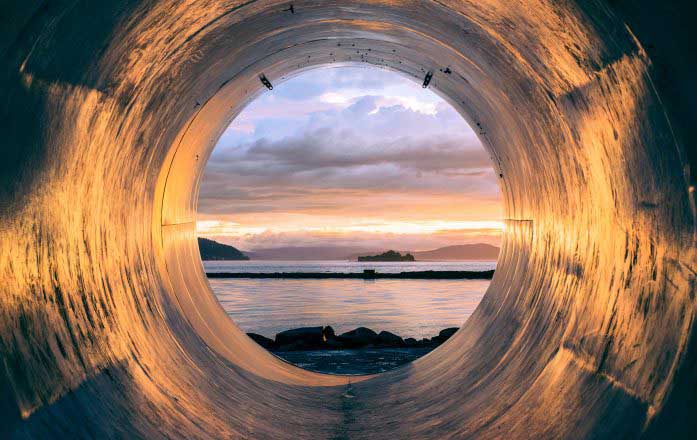 First, just for completeness, here is a quick definition. The term “Echo Chamber” is a reference to the idea that people are increasingly being only exposed to the ideas that they agree with, and don’t hear the arguments of those with whom they do not agree. The net effect is that we become more polarised.

Not too long ago I took a look at a paper that proposed the hypothesis that the echo chamber was not all that common. I was not wholly convinced by it, but it was still interesting. Today I’m taking a look at another paper that also explores the topic.

The actual title of the study is “Political Discourse on Social Media: Echo Chambers, Gatekeepers, and the Price of Bipartisanship“.

Finnish Researchers at Aalto university examined over 2.7 billion tweets issued between 2009 and 2016. They were specifically interested in seeing of in a political context echo chambers existed on twitter. They looked at two specific components; the opinions that people are sharing, and also the network of followers around them.

Their criteria for deciding if an echo chamber exists is …

There are some twitter users who have a very specific distinct political leaning, and others who strive to be impartial. They were interested in analysing both and what they discovered is interesting.

If you try to be bipartisan, then their appears to be a price for doing that. You don’t get an many followers, retweets, or likes. Those however who had a very distinct political leaning were rewarded with higher numbers of followers, retweets, and likes. Or as they put it …

This finding hints at the existence of a “price of bipartisanship,” required to be paid by users who try to bridge echo chambers.

Interestingly enough they identify what they term “Gatekeeper users”. These are individuals who consume content from all political leanings, but only issue content for one specific political stance.

They are a small group.

The Study is simply a beginning

Once you begin to understand what is going on and why such echo chambers exist, you can then begin to think about strategies to nudge users towards the consumption of content that challenges their opinion.

A few more Notes on the Study

They appear to have done something a bit different …

In this paper, we propose measures to identify the existence of an echo chamber by using both the content being read/shared and the network that enables the content to propagate. …. Though we are not the first to study echo chambers on Twitter, to the best of our knowledge, this is the first study to jointly use content and network to characterize echo chambers.

There are a couple of things that are clearly in play at a psychological level. How these factor in is beyond the scope of the paper, but they do note that these are factors.

Selective exposure theory … the tendency of individuals to favor information that aligns with their pre-existing views while avoiding contradictory information.

Biased assimilation … where an individual gets exposed to information from all sides, but has the tendency to interpret information in a way that supports a pre-existing opinion.

Bots. Yes twitter is littered with bots, so did they handle that? Of course they did …

For all the datasets, we perform simple checks to remove bots, using minimum and maximum thresholds for number of tweets per day, followers, friends, and ensure that the account is at least one year old at the time of data collection

How do they measure political leanings?

Looking at the text in a tweet and working out a users political leanings is rather obviously challenging, so how did that work? They used the links people were sharing. There is already a well-established measure of political leanings for various news organisations (roughly about 500). By examining the flow of those it then becomes possible to determine where somebody stands. To illustrate that point, if I told you that a user was only sharing Fox News or instead was only sharing New York Times articles then you can immediately grasp their political leanings.

Lesson from this Study

If we are to ever truly model polarization and echo chambers, then researching just the flow of information over social networks is not enough, we also need to understand it all within the context of the structural context, the network, that the information flows within. This study takes that step.

The full PDF of their paper is available online here.