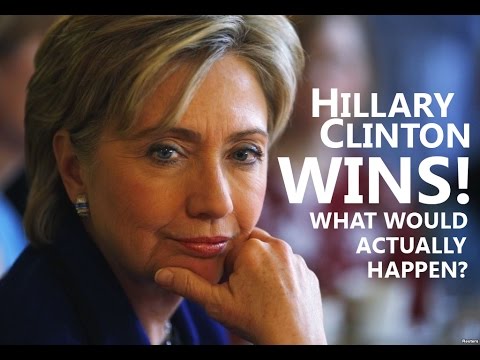 Do you only have two choices, what about the others?

If indeed the third party candidates have manifestos that align with your core beliefs, then you will naturally vote in that direction. You know that they will not be elected, and so I’m honestly not sure what you hope to actually achieve by doing that because the only meaningful way your vote can result in somebody actually doing something you agree with is to pick one of the two whose manifesto best aligns with the issues you feel strongly about.

Having said that, I should also add the rather obvious – Nobody can dictate whom you must or should vote for.

Often however a vote is not a rational choice. This is  because we tend to align tribally and give very little consideration to what the candidate proposes to actually do, nor do we really consider if the candidate will be capable of actually achieving anything. Instead many vote Red or Blue (or Green or Yellow) right down the ticket without really knowing who these people actually are, what their past track record and experience has been, or if they would be capable of the pragmatic approach that politics demands to actually get something meaningful achieved. Remember that it is a democracy, we are not establishing a dictatorship (unless of course you actually are voting for Trump, because then all bets are off), and so once in office it can come as a bit of a shock to some to discover that they need to be adept at Bipartisanship (unless you are a Tea Party member because they strive to not do that and end up getting nothing done).

Why do so many just vote one colour?

It might be tempting to consider those that emotionally align with just one colour, red or blue, to be either ignorant or stupid, but that is not what is going on. It is a truly understandable human attribute to behave like this for the wholly practical observation that humans just do not have the bandwidth to analyse it all at an analytical level, so instead we take a heuristic shortcut and vote for our tribe because that is the safest quickest option.

The net effect we now see is that many traditional red voters are voting out of red loyalty for some rather non-traditional and quite frankly obnoxious ideas. This is not universally true because some have been analytical and have been pragmatic voters who will focus on issues, not brand loyalty.

So with that thought in mind, let’s ask ourselves one question about one Candidate. Yes, we are awash with lots of mythological and quite frankly fictitious nonsense that can quite happily be ignored, I’m not going there right now.

What would Hillary Do?

To answer this, let’s simply take a look at her declared manifesto, and list out what it contains …

Ask Yourself Just one question …

Is there anything in that list above that you actually object to?

If the answer that is “yes” then I can only suggest that you are most probably not a decent human being.

Remember, you don’t actually have too like her. This is not a marriage proposal, instead it’s a job interview, and you need to work out if she can or cannot actually do the job.

If you like what you see in the list above, then you know what you need to do on 8th November. Oh, and to help her be effective, you need to vote right down the ticket to get rid of the “do nothing” folks who are not even prepared to work on common goals that would help everybody.

If you want to vote in a manner that has a progressive outcome, then vote analytically tomorrow, don’t just revert to brand loyalty.

2 thoughts on “What would Hillary do? …. Nothing but good things.”