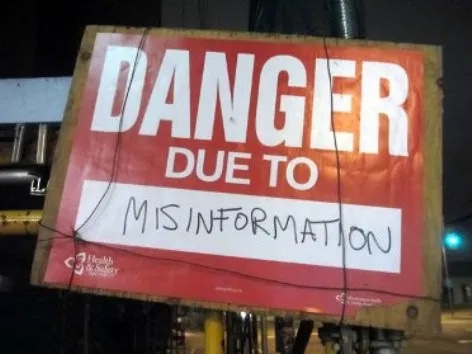 Let’s take this step by step.

Who is the Trump Official?

It is David Legates, the guy who was appointed to NOAA by Trump. He is opposed to the scientific consensus on climate change. That makes him an ideal Trump appointment, he has spent his entire career misrepresenting the science of climate change, and serves as an advocate for polluting interests as he dismisses and downplays the impacts of climate change.

He maintains affiliations with numerous conservative think tanks that oppose climate change regulation or are skeptical of man-made global warming. He has oil and gas funding stamped all over his various affiliations and hence is not exactly unbiased.

He has published a set of climate denial papers (essays, not peer-reviewed scientific papers) on a non-government website bearing the imprint of the Executive Office of the President. They state that they were copyrighted by the White House Office of Science and Technology Policy (OSTP), but that is without consent or approval.

That is classic Legates; it is a con job.

Under the banner of “The Climate Change Flyers,” they have a set of 9 essays by a collection of leading climate deniers, basically it is a whose who of climate denialism. The introduction falsely claims …

“The Office of Science and Technology Policy is pleased to bring you these briefs to further your understanding of climate change by learning from these learned scholars.”

… but the OSTP says “Nope, not us”. With that introduction he has clearly established that you are being lied to.

“These papers were not created at the direction of The White House Office of Science and Technology Policy nor were they cleared or approved by OSTP leadership,

What do subject matter experts make of the content?

Andrew Rosenberg, a former NOAA official and director of the Union of Concerned Scientists’ Center for Science and Democracy, said the papers appear to be aimed at influencing the content of the next assessment, saying it’s an effort to “seed the record for the National Climate assessment and future legal action by circumventing the peer review and consensus process.”

“They want to get nonsensical debunked pseudoscience into the ‘official’ government record without subjecting it to independent evaluation,” Rosenberg wrote in an email….

…Several of the authors who contributed to the White House effort have either received funding from the fossil fuel industry or are affiliated with anti-regulatory organizations or both, including Patrick Michaels, a senior fellow at the Competitive Enterprise Institute, but it’s unclear where the funding for this series of papers came from….