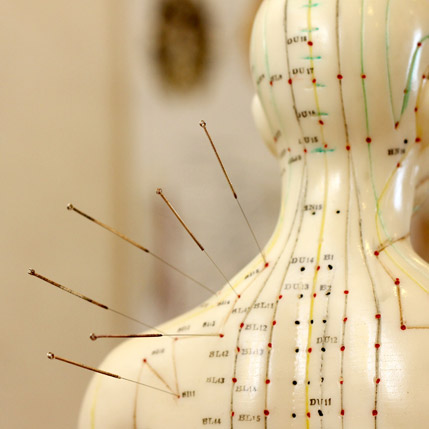 Steve Novella highlights on his blog an example of how combining something nobody really understands with some well-known alternative medicine claim results in something truly bizarre.

The source is a rather bizarre study that has just been redacted. Let’s take a peek at the alpha source, the study itself.

Sanity warning, you are about to wade into a pool filled to the brim with bovine waste.

This “study” comes from Department of Acupuncture and Moxibustion at Dongzhimen Hospital in Beijing university and dates to 2017.

Here is what this “study” claims, (and trust me, those air quotes are wholly appropriate), …

(Sorry about that, here let me offer you a tissue to clean all that coffee you just splattered over you screen as you read that)

Permit me to run this gem of absurdity past you using simpler terms. The true gem here is the claim that if you happen to have a relative who is given an Acupuncture treatment, then due to the “quantum entanglement” that you have with them, you are also treated.

If true, then all we need to do is to pick one patient, and treat him for everything, because we all have a common ancestor and so we are all “quantumly related” … right?

This is not science. What we have is something that has quite literally a claim that “Voodoo magic” is real.

The “journal” that published this has now formally retracted this study, and yes, I really do need to put air quotes around the word “journal” or the term “peer review” because they thought this monument of the utterly daft was worth publishing.

You don’t need to imagine the reactions of some to this absurdity, it is well documented …

Last year a Beijing doctor said he was “speechless” after reading a study.

The study in question, published in Chinese Acupuncture & Moxibustionin 2017, was titled “Discussion on quantum entanglement theory and acupuncture.” Dr. Zeng, the Beijing doctor, was among a number of critics quoted in September 2018 by What’s On Weibo, which reports on social media happenings in China:

To suggest that when children fall ill, their parents just need to undergo some acupuncture and they’ll be fine, because there is ‘quantum entanglement’ (量子纠缠) among blood kins – saying that acupuncture on the parents is equal to acupuncture on the children -, this is really serious. According to this theory, we might as well cancel pediatrics.

How about the entire thing.

Sandcastles in the air

Did the paper actually present any objectively verifiable evidence for anything at all?

We can simplify this a great deal. Park the quantum woo and also park the various traditional “life force” claims usually associated with Acupuncture and ask if anybody has even demonstrated that sticking needles in people actually works. Once you verify that there is a real effect, you can then strive to work out why it works, but first start with something measurable and verifiable, then build upon that.

So does Acupuncture work, has anybody every truly verified it?

The short answer is simple – no, it does not work.

Here is a slightly longer answer …

Once again I’ll play translator for you. They are being polite. To be a tad more blunt about it all, this entire “treatment” is simply a ‘theatrical placebo’.

I’m really not making that up. As Steve points out, the practise of Acupuncture can be demonstrated to be just that …

This reminds me of phantom acupuncture. This is actually a thing in research – where researchers stick needles into a rubber arm or otherwise create the visual and psychological context of doing acupuncture, without actually sticking needles into the patient. Guess what – same response as “real” acupuncture, even in fMRI scans. This is consistent with the interpretation that acupuncture is mostly, if not all, a theatrical placebo without any actual physiological effect. Well – perhaps the rubber arm is quantum entangled with the patient’s arm…or something.

In the end, what we have here within the rouge study is not the testing of a scientific hypothesis, but instead a gullibility test. They are striving to explain something that has never actually been verified and so that inevitably leads to them falling down the rabbit hole into wonderland.

This last bit is something you probably already know. Anybody deploying the word “Quantum” to justify something unrelated to Quantum physics is basically hoisting a red flag that announces “Here be BS”.