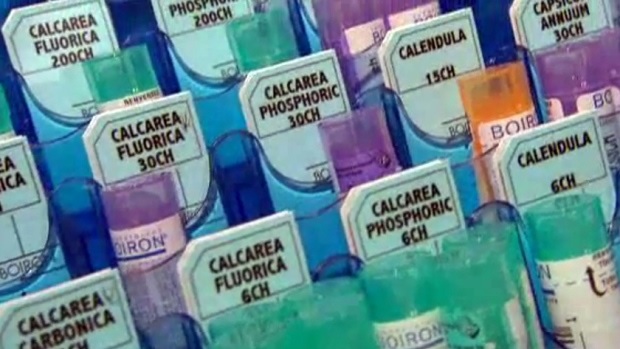 Radio Canada Internation reports the reactions being made by many in response to a new course that offers to train you in quackery.  They are not alone, other have deployed similar criticism. The course on offer is Homeopathy …

Starting this fall, Georgian College in Barrie, Ontario, will offer a diploma in homeopathy, a practice the critics says is mere quackery.

The critics say the college course is legitimising a pseudo-science. In a 1998 editorial in the Journal of the American Medical Association, Drs Fontanarosa and Lundberg wrote in part; “There is no alternative medicine. There is only scientifically proven, evidence-based medicine supported by solid data, or unproven medicine, for which scientific evidence is lacking”.

There have always been courses in such quackery, so to be clear the key point is not just that Homeopathy is stuff that does not do what it claims, but that this is an abuse of public funds …

The critics are also upset that public money is helping fund the three-year course as the community college is publicly funded institution and students can request loans and grants from the publicly supported Ontario Student Assistance Programme.

You might perhaps consider it to be some form of herbal medicine, hence it has a chance of actually doing something.

Sorry, but that is not what Homeopathy is, so let’s explore what it really is.

The idea, dreamed up by Samuel Hahnemann in 1796 on the basis of no evidence at all, is that “like cures like”. If for example you have sleeping problems, then the proposal is to give you a remedy that contains caffeine.

I’m really not kidding, if you drink too much coffee, then the “cure” they offer you is a remedy made from coffee…

Coffea Cruda (Coff) Coffee is well known for producing sleeplessness but because of homeopathy’s ‘like treats like’ effect, it will relieve insomnia when given in crude, or especially homeopathic form. The type of symptoms it relieves are those produced by coffee.

If you think that’s crazy then wait for what comes next.

Beyond this “like-for-like” belief, the next discovery is that a homeopathy remedy is diluted to the extreme. A typical remedy can be as “potent” as 30C or might even be 100C, so you might quite naturally wonder what exactly does 30C or 100C mean?

The claim is that a solution that is more dilute is described as having a higher potency, and so these more dilute substances are considered by homeopaths to be stronger and deeper-acting remedies.

To help you wrap your head around this, a 12C solution is equivalent to a “pinch of salt in both the North and South Atlantic Oceans”.  13C is one drop of that diluted by all the water on the planet.

By the time you get to 30C what you are given contains no active molecules from the original substance at all. What is of course bizarre is that this remedy is supposed to be magically infused with the property of the ingredient that you started with and to have somehow “forgotten” all about anything and everything else that it ever came into contact with. (Hint: the secret of earning an income from plumbing is the knowledge that it’s not all water).

If you are now beginning to think, “But that’s absurd” then you are beginning to get it, because this is indeed pseudoscientific nonsense and all you actually have is a placebo. This is not about some herbal remedy that just might do something, instead it is more or less a belief in magic.

What is the evidence?

You always have to consider the possibility that something that we just don’t understand might be going on, so with that thought in mind let’s ask ourselves if there is any evidence that anything happens when you run a proper clinical trial. Is there?

That is not simply my personal opinion, that is the prevailing objective evidence-based consensus. Since I live in the UK, then here is the view from here …

Some might perhaps label that as Big Pharma bias and claim that it really does actually work and that there is evidence for that. So with that thought in mind we can briefly review the very best possible evidence. The gold standard for clinical studies, Cochrane Studies, reveals that there is no evidence that it works

Currently there are seven Cochrane reviews that investigate the deployment of Homeopathy for the treatment of specific conditions, and here, via Professor Edzard Ernst, is a brief summary of all seven with links to each that can be checked …

Bottom line: Homeopathy does not work.

Oh but wait, what was that observations from Number 5 above that reads “this review found preliminary data in support of the efficacy of topical calendula for prophylaxis of acute dermatitis during radiotherapy and Traumeel S mouthwash in the treatment of chemotherapy-induced stomatitis”. There they looked at a total of eight trials …

So yes, it still does not work, there is no wiggle room here.

You might perhaps be tempted to consider the idea that since it does nothing at all it is harmless then it should not really be a huge concern.

It is however all highly problematic. Ask yourself these questions …

It persists because once you invest a considerable degree of time and finance into it, it becomes almost impossible to come to terms with it being quackery. Those with such investments don’t deliberately deceive, but instead rationalise doubt and conflicting evidence away so that the emotional investment can be retained. When you are in that position you will perceive yourself as the hero David with the truth pushing back against the big-pharma Goliath.

In response to the availability of this new course, Joe Schwarcz, director of McGill University’s Office for Science and Society had this to say …

“The real danger in homeopathy is not toxicology — there’s nothing in there. The real danger is toxicity to the mind because it can convince people to go down this ridiculous route when there actually might be treatments that can work for whatever condition they have.”

1 thought on “There is a new college degree in quackery”