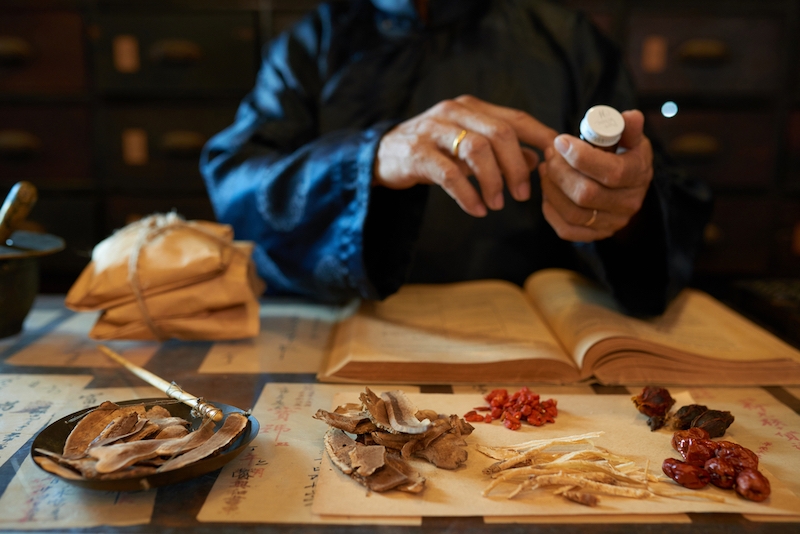 Welcome to my acronym soup quackery alert. OK, let’s start with a few definitions so that all is clear.

Soooo … to explain my cryptic title, the latest version of the official WHO International Classification of Diseases (version 11) has formally endorsed Traditional Chinese Medicine.

Well, that’s a big deal, so let me briefly explain why.

This latest version of the international classification of diseases that is maintained by the World health organization has been updated to promote quackery (medicine that does not work). In this case the quackery is traditional Chinese medicine.

Scientific investigation has not found evidence for traditional Chinese concepts such as qi, meridians, and acupuncture points.[a] The TCM theory and practice are not based upon scientific knowledge, and there is disagreement between TCM practitioners on what diagnosis and treatments should be used for any given patient.[6] The effectiveness of Chinese herbal medicine remains poorly researched and supported.[11] There are concerns over a number of potentially toxic plants, animal parts, and mineral Chinese medicinals.[12] There are also concerns over illegal trade and transport of endangered species including rhinoceroses and tigers, and the welfare of specially farmed animals including bears.[13] A review of cost-effectiveness research for TCM found that studies had low levels of evidence, but so far have not shown beneficial outcomes.[14] Pharmaceutical research has explored the potential for creating new drugs from traditional remedies, with few successful results.[15] A Nature editorial described TCM as “fraught with pseudoscience“, and said that the most obvious reason it has not delivered many cures is that the majority of its treatments have no logical mechanism of action.

Translation, it is basically all bullshit.

Has anybody responded to this?

Very much indeed, here are a few examples.

Here they lay out what is driving this by pointing out that … “the WHO’s chapter is unlikely to do anything other than fuel the expanding sales of largely unproven treatments.”

They then underline the huge issue this brings …

In defending the inclusion of TCM, the WHO referred to a mission to “share evidence-based information”. Everyone can agree on the desire to expand health care, and to do that in an evidence-based way. Collecting more evidence on TCM requires sustained and rigorous basic and clinical research to separate out harmful practices, those that have promise and those that have merely a placebo effect. The WHO’s association with medicines that are not properly tested and could even be harmful is unacceptable for the body that has the greatest responsibility and power to protect human health.

That last sentence very much nails it.

To include TCM in the ICD is an egregious lapse in evidence-based thinking and practice. Data supporting the effectiveness of most traditional remedies are scant, at best. An extensive assessment was done in 2009 by researchers at the University of Maryland: they looked at 70 review papers evaluating TCM, including acupuncture. None of the studies proved conclusive because the data were either too paltry or did not meet testing standards….

… In China, traditional medicines are unregulated, and they frequently make people sick rather than curing them.

Dr David Gorski (Mar 2019) – ICD-11: A triumph of the “integration” of quackery with real medicine

After diving in and highlighting the degree of pseudoscientific quackery within this new ICD 11 chapter, he points out that …

These diagnoses are not based in science or modern medicine, but rather in prescientific beliefs about the body and vitalistic mystical and religious beliefs dating back millennia. Such diagnoses have no place being included in a classification system that is supposed to reflect the latest in medical science. If you don’t believe me, I encourage you to go to the ICD-11 Beta Draft and peruse Traditional Medicine Conditions.

He also mulls over the consequences of this …

Insurance companies, governments, and third party payers use ICD-10 codes and CPT procedure codes to determine reimbursement. Inclusion of traditional medicine diagnoses in ICD-11 would provide a powerful tool for quacks to use to lobby for reimbursement for their services.

… and also highlights where TCM actually comes from …

I’ve written before, as have other SBM bloggers, about how the construct that we know today as “traditional Chinese medicine” was actually created by Communist dictator Chairman Mao Zedong in the 1940s and 1950s. Basically, Mao, seeing that he did not have the resources to provide real medicine to all his people, decided to tap into the various schools of traditional medicine. In doing so, he and his physicians and scientists essentially retconned the history of TCM to turn it into seemingly an intellectually consistent whole system, when in reality there were many forms of traditional Chinese medicine flowing out of many folk traditions. Meanwhile, Mao himself eschewed TCM, not believing in it

Steve covers much of the same ground, but also adds …

as someone on the front lines of trying to promote science-based medicine and oppose the infiltration of quackery into medicine, the fact that the WHO legitimizes TCM in this way is often used as a debating point to defend pseudoscience. It is also a frequent point of confusion for those who are just trying to understand what is going on. If TCM is not based on science, why does the WHO endorse it? There must be something to it, they reason.

… and as he quite rightly points out …

The WHO decision to include TCM in their ICD-11 codes is wrong, and should be vigorously criticized and opposed. This is now an important battle line in the struggle between science-based medicine and the promotion of rank quackery presenting itself as just “traditional” and desperate for legitimacy.

This latest slice of ICD pie is not digestible

Dr Mark Crislip once famously put it like this …

“If you integrate fantasy with reality, you do not instantiate reality. If you mix cow pie with apple pie, it does not make the cow pie taste better; it makes the apple pie worse.”