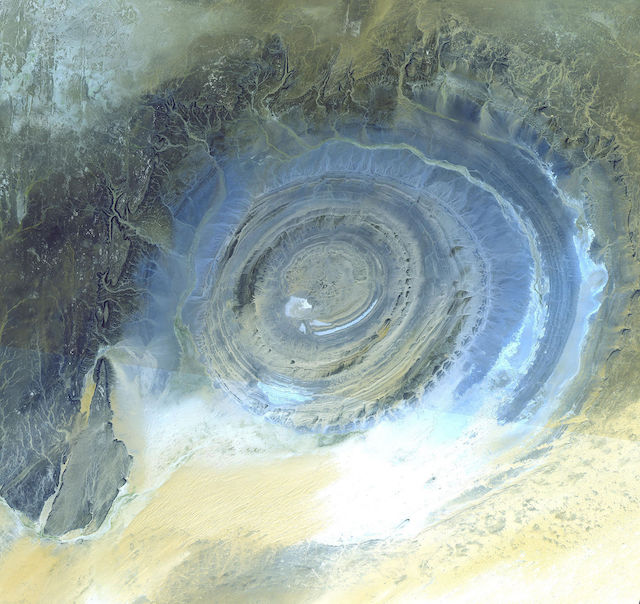 Atlantis, Plato’s tale of the ancient lost city, is perhaps one of the most famous ancient myths. It is a saga that concerns an ancient civilisation that was swallowed by the sea and destroyed after a great earthquake and flood. Each generation sees somebody pop up claiming that it is all all true, and that they have personally rediscovered it.

The pseudoscience section of the book store was where well-known texts such as Chariots of The Gods found popularity in previous generations. Today’s modern equivalent is of course YouTube. There we find the latest incarnation, “Bright Insight”, and observe that they are earning a rather lucrative income promoting the idea that they have hard solid evidence for Atlantis. The channel is not exclusively just Atlantis, but instead touches upon all the usual crackpot topics; JFK, Nicola Tesla, Pyramids, Ancient Aliens, UFOs, etc…  If you read the stuff that hit the shelves in the 1970s and 80s, as I voraciously did as a kid, then this will all be very familiar territory. It is now all on YouTube and specially re-minted to act as click bait to crank up the viewing numbers for a steady stream of $$$.

This latest claim is that sitting in the Sahara is a Richat structure that is supposedly the site for Atlantis. Here is a picture …

This supposedly fits perfectly with Plato’s description, hence it is clear “proof” that this is the location for Atlantis.

Is this a credible claim?

The short answer is no, it is not.

Point 1: The Richat structure itself

The structure known as the “Eye of Africa” has concentric circles and so did Plato’s description of Atlantis, but there the similarities end. Unlike Plato’s Atlantis, which was described as an island, this is far inland in the middle of the Sahara and also rather high up way beyond sea level, hence was never flooded, not does it exist in a location subject to earthquakes. To be precise, it is here … 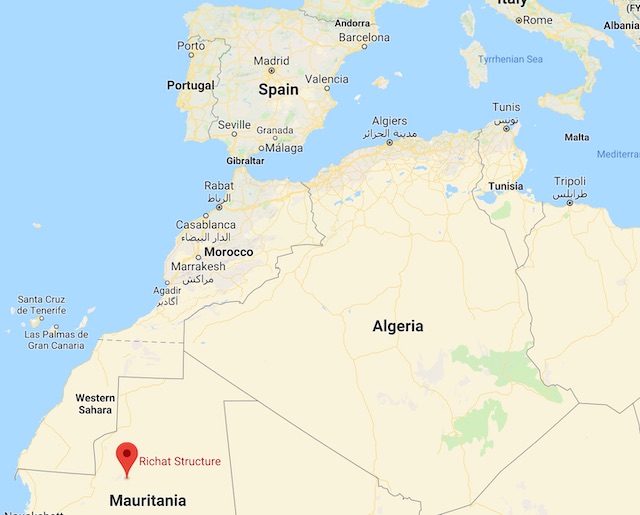 So what exactly is this structure?

What you actually have here are the remains of an ancient volcano that has been worn down. It is wholly natural and not a construction. This is not my opinion, that is what the geological subject matter experts have concluded.

There is also no evidence of any human habitation, let alone the remains of a completely unknown civilisation, not even one tiny shard of pottery.

Plato was a philosopher, and was not recording in his dialogues historical accounts.

If you wish to have an accurate understanding of how this story was viewed when first written then you need only turn to Plato’s well-known pupil Aristotle. His understanding is that Plato, his teacher, had simply invented the island of Atlantis to make a philosophical point.

The only, and I better repeat this … only … historical reference to Atlantis is Plato. Which is exactly what you would expect if Plato had simply made it up.

You will not find any serious classicists or archeologists who regard the story as even possibly true but instead universally deemed to be myth.

What you have are conclusions being drawn out of vague similarities. These conclusions don’t withstand scrutiny, nor does any subject matter expert take any of this seriously. Atlantis claims have been with us for many generations, and will continue to pop up with “evidence” that is sufficient to convince some, but when examined, very rapidly falls apart.

The Wikipedia page on the topic of Atlantis is a good primer.

Steve Novella dived into the topic over on his Neurologica blog and debunked it a few weeks ago. Defenders of the Bright Insight faith popped up in the comments section there and so the comments section is also an interesting read. What is fascinating about that is the determination of some to just believe despite the well-reasoned objections and complete lack of evidence.

The time to doubt is when there is no evidence. Doubling down and shouting a bit louder does not exactly cut it as a well reasoned rebuttal.

What who do have is a truly excellent example of pseudoscience.