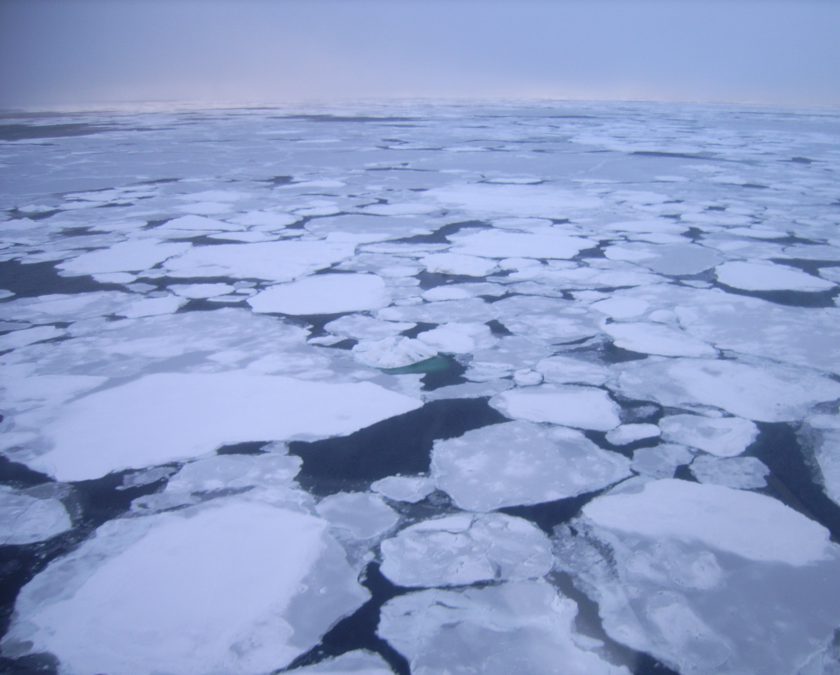 Well yes, the idea of worrying about the Arctic is perhaps a ship that sailed rather a long time ago. What I am referring to is observational data that suggests that a new rather dire sequence of events is unfolding. My source is Zachary Labe, a postdoctoral researcher at Colorado State University.

At this time of year things should be freezing up, but it is not.

The Laptev sea ice is truly significant. This is the main nursery of Arctic sea ice off the coast of Siberia and as you can see, the data for 2020 is a huge departure from what normally happens. By now it should have frozen over, yet here we are towards the end of October and it has yet to start freezing.

This should perhaps have been anticipated. This is the same area that saw freakishly high temperatures during the summer, so what is now unfolding is perhaps a consequence of that event. Rather a lot of heat was pumped in during that event and so naturally what is now being measured is perhaps part of that.

“The lack of freeze-up so far this fall is unprecedented in the Siberian Arctic region,”

2020 is another year that is consistent with a rapidly changing Arctic. Without a systematic reduction in greenhouse gases, the likelihood of our first ‘ice-free’ summer will continue to increase by the mid-21st century

Scientists are concerned the delayed freeze could amplify feedbacks that accelerate the decline of the ice cap. It is already well known that a smaller ice sheet means less of a white area to reflect the sun’s heat back into space. But this is not the only reason the Arctic is warming more than twice as fast as the global average.

The Laptev Sea is known as the birthplace of ice, which forms along the coast there in early winter, then drifts westward carrying nutrients across the Arctic, before breaking up in the spring in the Fram Strait between Greenland and Svalbard. If ice forms late in the Laptev, it will be thinner and thus more likely to melt before it reaches the Fram Strait. This could mean fewer nutrients for Arctic plankton, which will then have a reduced capacity to draw down carbon dioxide from the atmosphere.

More open sea also means more turbulence in the upper layer of the Arctic ocean, which draws up more warm water from the depths.

Dr Stefan Hendricks, a sea ice physics specialist at the Alfred Wegener Institute, said the sea ice trends are grim but not surprising. “It is more frustrating than shocking. This has been forecast for a long time, but there has been little substantial response by decision-makers.”

What about the rest of the Arctic?

But why guess when there is observations data available.

The latest they have is dated 5th October. It will be fascinating to see what they make of all this within their Nov update.

For the Oct update they observe …

The ice edge along the Laptev Sea continued to retreat farther….

…According to the NCEP/NCAR reanalyses, monthly averaged air temperatures (at the 925 hPa level) over the Arctic Ocean, north of 70 degrees N, were at record highs in May, July, and August. June ranked as the second warmest behind 2005 (Figure 4a). Exceptionally high temperatures in May led to early development of melt ponds along the Russian coast (Figure 4b). This, combined with exceptional warmth over Siberia in June and thin ice in the region, fostered by the strongly positive phase of the Arctic Oscillation (AO) in winter (see discussion below), resulted in early development of open water within the Laptev Sea. This led to record low ice extent in the region starting in mid-June. By mid-July, Arctic sea ice extent was tracking at record lows over the period of satellite observations, fueled by the early ice retreat along the Russian coast….

Overall the trend of sea Ice is consistently and persistently in a downward trend. What is happing now is part of that unfolding story.