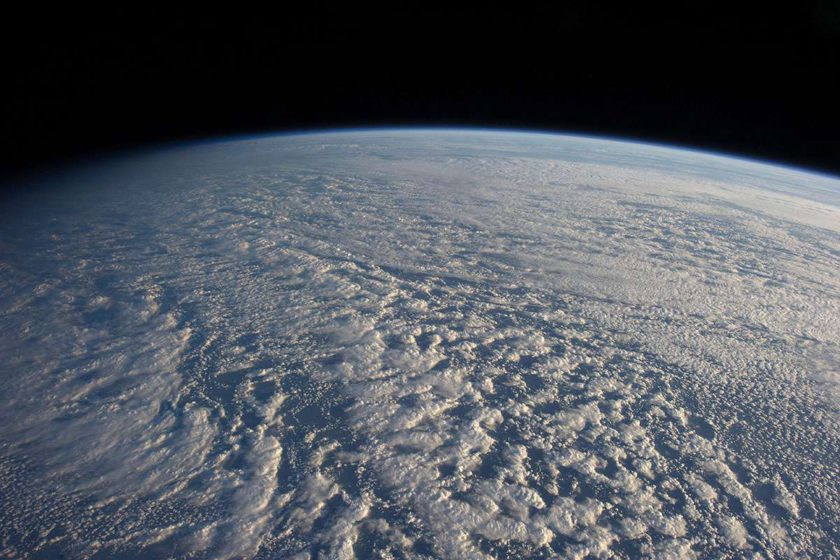 Various media stories have popped up reporting the idea that global warming will lead to the destruction of clouds, and that in turn would then lead to greatly accelerated warming.

What is even more scary is that some very credible sources are also running the story as well. For example …

If those publications are running with this, is that that a double or even a triple yikes! ?

They are of course all grasping the recently published study and running with it, so let’s briefly dip into that.

Published in Nature Geoscience on 25th February 2019 and titled “Possible climate transitions from breakup of stratocumulus decks under greenhouse warming“, they explain what type of clouds they are talking about …

Stratocumulus clouds cover 20% of the low-latitude oceans and are especially prevalent in the subtropics. They cool the Earth by shading large portions of its surface from sunlight. However, as their dynamical scales are too small to be resolvable in global climate models, predictions of their response to greenhouse warming have remained uncertain.

So here is what they did …

Here we report how stratocumulus decks respond to greenhouse warming in large-eddy simulations that explicitly resolve cloud dynamics in a representative subtropical region. In the simulations, stratocumulus decks become unstable and break up into scattered clouds when CO2 levels rise above 1,200 ppm. In addition to the warming from rising CO2 levels, this instability triggers a surface warming of about 8 K globally and 10 K in the subtropics. Once the stratocumulus decks have broken up, they only re-form once CO2concentrations drop substantially below the level at which the instability first occurred. Climate transitions that arise from this instability may have contributed importantly to hothouse climates and abrupt climate changes in the geological past. Such transitions to a much warmer climate may also occur in the future if CO2 levels continue to rise.

The publication of a study within a credible peer-review journal is not a done deal. Instead it is part of a conversation within the community of subject matter experts, so the true acid test is to see how the subject matter experts respond. In essence, the publication of any study is simply “Here is what we did and how we did it, and this is what we concluded?“. The response to that might be, “Yes, I did the same and I think your explanation is the best possible answer. I also did this variation“. Alternatively, it can also be “Well, did you think about X or Y?“.

By now you can probably see the trajectory of where this is going.

One Initial point to make is this – Current CO2 levels are (right now as I type this) 412.24 ppm, so those levels would need to triple. While not implausible, it is an unlikely scenario.

However, the response to the study by many climate scientists who very specifically study clouds is the more interesting observation – they are pushing back with two complaints …

Joel Norris, a cloud scientist at the Scripps Institution of Oceanography in San Diego, California …

It’s a “simple model [that] essentially has a knob with two settings, but it is very likely that the Earth has more knobs than that.”

Dealing with clouds within climate models is difficult. This is because what is happening with clouds happens at a scale that is smaller than the scale being managed by the models, and yet the models still do need to account for them. They do this via eddy simulations.

Via previous studies we do understand specific things about clouds …

Indeed yes. The study author constructed an AI driven model called the Earth Machine. His new model confirmed that previous understanding, but he went further and cranked up the CO2 settings to see what happened. When that reached 1200 ppm – the low deck clouds collapsed and faded – boom!, end-game.

The model is fine, the approach is fascinating, the work is solid and it also confirms our previous understanding, yet there is still a “but” here as well, and so here it is …

Several cloud scientists, however, object to the next step Schneider took: extrapolating the results of his eddy simulation, which represents only one spot that seems prone to cloud loss, to every area with similar stratocumulus cloud decks. Doing so resulted in all of these clouds disappearing nearly at once, allowing much more of the sun’s energy to suddenly be absorbed by the dark ocean. It’s a stretch to think the clouds and ocean would link together in such a simple way, says Bjorn Stevens, a climate scientist at the Max Planck Institute for Meteorology in Hamburg, Germany. “This coupling is done in a manner which does not give one confidence in the result.”

There’s no doubt these feedbacks will be in play. Past work has shown it, says Chris Bretherton, a cloud scientist at the University of Washington in Seattle. “But they’d all happen at different times in different concentrations of CO2 in different places. That would smooth it all out.” There wouldn’t be a sudden tipping point where all the clouds disappeared. It would happen gradually, subject to the complex response of the ocean and atmosphere. “That’s where I take issue with this,” Bretherton says. “I think the tipping point is not right.”

Indeed, the new model is so simple, lacking things such as the noise of weather, that it can only simulate rapid transitions, adds Stephen Klein, an atmospheric scientist at Lawrence Livermore National Laboratory in California. “Because of those simplifications, I don’t find the ‘tipping point’ nature of their work to be believable.”

In other words, there is most probably no sudden dramatic tipping point here that will cause all the low-deck clouds on the planet to suddenly vanish one day.

The effect is real, other studies confirm this, but it is all far more complicated and so as the CO2 levels rise, things begin to unfold gradually, bit by bit. It would in turn lead to both the ocean and also the atmosphere responding in turn … bit by bit.

The climate models will over time improve and that will then enable a better more robust understanding.

Chris Bretherton, a cloud scientist at the University of Washington in Seattle …

“Within the next few years, we will have global models that will do what [Schneider’s] does in a more defensible way.”

The global model might catch this type of dynamic—or it could show that the climate system overall somehow buffers such “tippiness” at smaller scales out of its system. “That is indeed the only reason to develop this new model,” he says, “to predict climate surprises.”