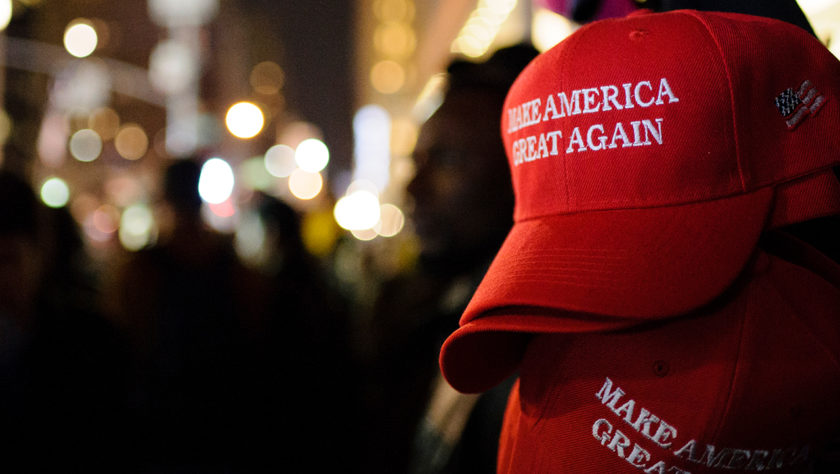 In the context of a world where an utterly incompetent federal response has resulted in a rapidly climbing body count from a pandemic that is completely out of control, and also protests in the streets demanding racial justice, and even the tear-gassing of peaceful protesters simply for a propaganda photo op, you have to wonder who is still seriously rolling with “Yep, this is my guy, this is the man I want in charge”.

Where will the Votes Go?

Quite independent of the approval rating is where votes will go. Often people don’t approve of a candidate, but they will still hold their nose and vote that way because they perceive the alternative as even worse.

In response to the question “If the election where held today, who would you vote for?” we find different numbers.

82% of white evangelical Protestant registered voters would vote for Trump or lean toward voting for him, while 17% say they would back the Democratic Party’s presumptive nominee, Joe Biden.

Back in 2016 77% of white evangelical Protestant voters backed Trump.

Here is how the numbers for this question panned out …

This of course is just one poll and is at best an indication of which way the political wind is blowing at a point in time.

The reality is that most of the polls, like this one, do reveal that Biden will probably win, but it is not a done deal, there is still a great deal of support for Trump.

It truly makes no rational sense

Just how delusional to you have to be to seriously embrace the idea that Biden would be poor or terrible, but Trump would be fine.

It should perhaps not surprise us. We have already seen that no amount of pussy grabbing mattered, and so why should anything else that has happened change minds?

Is this adoration for Trump utter stupidity?

I recently covered this, but it is worth repeating.

Consider for a moment what we have seen.

What they don’t get is that our succumbing to frustration, thinking of them as stupid, may very well be wrong, but it’s also…hear me…charitable. Because if they are NOT stupid, we must turn to other explanations, and most of them are less flattering.

(Hat tip to Ryan Shead for the above)