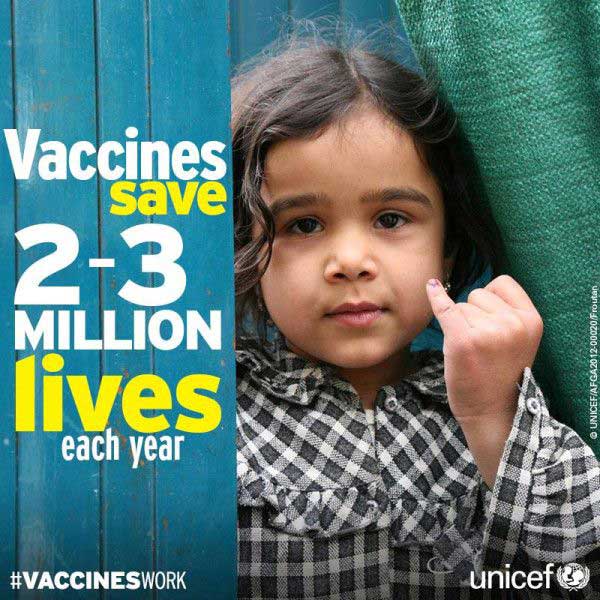 As a rather blatant slap in the face for the anti-vaccine movement there is a new study that illustrates the profoundly positive and deep impact that vaccines have, and will continue to have.

It is the one medical intervention that stands out from all others in a very positively and distinctly measurable way. Smallpox, which used to kill one out of every seven children is now gone. Polio has also now almost been totally eradicated. Any position that takes a stance against this is generally one that is contrary to what the available evidence reveals regarding the manner in which vaccines have utterly transformed humanity.

The new study published on the WHO website is this …

The Objective of the study was as follows:

To estimate the economic impact likely to be achieved by efforts to vaccinate against 10 vaccine-preventable diseases between 2001 and 2020 in 73 low- and middle-income countries largely supported by Gavi, the Vaccine Alliance.

They used health impact models to estimate the economic impact of achieving forecasted coverages for vaccination against Haemophilus in uenzae type b, hepatitis B, human papillomavirus, Japanese encephalitis, measles, Neisseria meningitidis serogroup A, rotavirus, rubella, Streptococcus pneumoniae and yellow fever. In comparison with no vaccination, they modelled the costs – expressed in 2010 United States dollars (US$) – of averted treatment, transportation costs, productivity losses of caregivers and productivity losses due to disability and death. They used the value-of-a-life-year method to estimate the broader economic and social value of living longer, in better health, as a result of immunization.

With the realisation that vaccines given between 2001 and 2020 will avert over 20 million deaths and save US$ 350 billion in cost of illness, the rather clear conclusion is that the impact of immunization goes well beyond health.

Who worked on this?

The listed authors is quite impressive and is as follows:

“Vaccination is generally regarded to be one of the most cost–effective interventions in public health,  Decision-makers need to appreciate the full potential economic benefits that are likely to result from the introduction and sustained use of any vaccine or vaccination program.”

The anti-vaccine movement is basically using emotional manipulation and has no evidence of any real substance to the claims they promote. It is true that there exists a possibility of a very rare adverse reaction, but the benefits that vaccinations bring are deeply profound and many orders of magnitude far more beneficial.

Literally millions of lives are being saved, and that is just since 2001. As a contrast, the anti-vaccine movement quite literally has a body count associated with it.