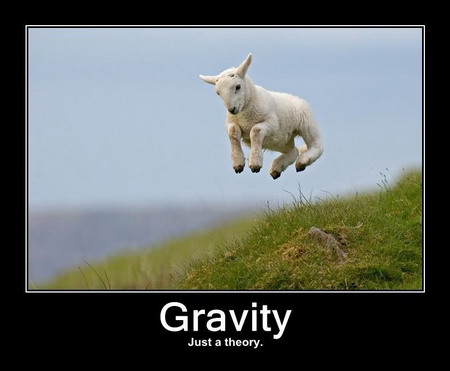 The Guardian has an article all about Christina Wilkinson, a headteacher of St Andrew’s Church of England school in Oswaldtwistle, Lancashire, and it principally concerns her response to a tweet by teacher Tom Sherrington about an evolution assembly. She tweeted a reply on the 26th January that …

Evolution is not a fact, That’s why it’s called a theory! There’s more evidence that the Bible is true

What chance do children have when a head teacher can say something like this? @WilkinsonHead pic.twitter.com/qmv6sDI9Cn

I do get that some truly do not understand what a scientific theory actually is, and so a rather sadly common claim is that evolution is “only a theory”. I do also get that there are religious people who embrace the idea that there is tons of evidence that verifies their specific beliefs. However, it is perhaps a tad odd for a Headteacher of a school to be publicly tweeting things like this as a rebuttal to another science teacher.

In her defence she explained that her tweet was sent from a personal account and “represents my own views”. However, if your twitter handle is @WilkinsonHead, then that is a slightly dubious defence.

As you might now anticipate, that was very much the classic red-rag-to-bull scenario and so she was mocked on twitter by many (hence the Guardian article) and so this was her 15 minutes of fame. Most of that was twitter response was perhaps more akin to what your reaction might be if your doctor turned around and explained that all of modern medicine was complete bogus quackery, and that the best possible treatment consisted of Ju-Ju incantations.

One person suggested she retrain as a vicar, while another said: “That’s an unacceptable level of stupidity from a headteacher.”

Liv Boeree tweeted: “This is horrifying. I’m still holding out hope her response is some kind of performance art. Pls pls pls tell me this lady doesn’t work in education. Please.”

Sherrington wrote: “Sigh. I sincerely hope your students aren’t told that. Take them to a natural history museum.”

@WilkinsonHead @headguruteacher hi Tina, I'd love to help explain why this is not correct if you're interested. Evo is a fact and a theory.

So what is a Scientific Theory?

I suspect that if you are reading this, you will not be confused, but it is perhaps foolish to assume that, especially if you just happen to have been a pupil at St Andrew’s Church of England school in Oswaldtwistle, so here is an explanation.

The word “theory”, when in general use, tends to be used to describe an idea that has been proposed to explain something but has not yet been confirmed. For example, “Well having seen X, my theory is that what might be going on is that …“, and so this general form is used to describe what is basically a hypothesis.

However, if we then prefix the word “theory” with another word, then the meaning completely changes, for example “music theory”, “mathematical theory”, or the one we are specifically interested in here, “scientific theory”.

A scientific theory is a well-substantiated explanation of some aspect of the natural world that is traditionally acquired through the scientific method and repeatedly tested and confirmed through observation and experimentation.

… and so in this context when we talk about scientific theories, we are talking about verified facts, not wild ideas that might or might not be true, for example germ theory, the theory of relativity, atomic theory, etc…

In other words, evolution is both a theory and also a fact.

She is a head teacher of a school, so she really really should have understood this, hence the flood of tweets she received.

I also note that the guardian article itself has almost 10,000 comments under it, and most of them can be basically summed up as rather a lot of people going … WTF!

I should also finally add that there is no religious consensus on this because many, if not most, mainstream churches quite happily accept that evolution is indeed a fact, and so where we might part ways and disagree is that they might then assert “that is how god did it“. Creationism is not really a dominant belief in religious circles within the UK, and is very much a US based phenomenon, and so finding it pop up like this was a bit of a surprise to many, hence the twitter storm of incredulity that it spawned.

Bottom Line: If you promote draft ideas that simply do not have a jot of evidence, then you will most probably be laughed at, and if you use social media to amplify that, then you really are risking it all going viral.