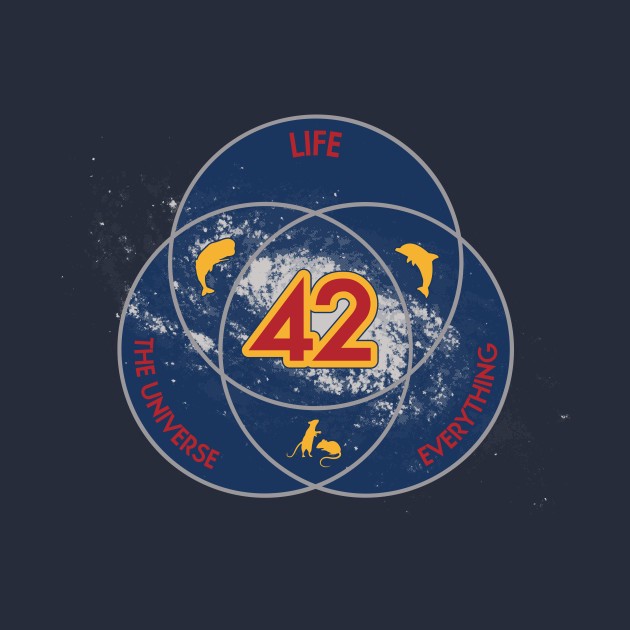 A bit of fun today, but first some background. You might, or perhaps might not, be aware that the answer to life, the universe, everything is 42. If you are familiar with this specific cultural meme then you will of course instantly recognise this as part of the plot from the 1979 book by Douglas Adams – The Hitchhiker’s Guide to the Galaxy. Yes 1979, it really was that long ago. If you have never read it, go grab a copy, you will not be disappointed.

The reference is that the heroes in the story discovered that planet earth was designed as a giant computer to work out the answer to the “Ultimate Question to Life, the Universe, and Everything”. It turned out to be 42.

OK, on with the news.

The Sum of Three Cubes

Back in 1954, the following Diophantine Equation came from the University of Cambridge …

The challenge was to find an answer for k for every number up to 100 … just for the fun of it.

For many numbers there were easy solutions and so they quickly ticked off those. For the far harder instances solutions have been found, or it has been proven mathematically that there is no solution. Decades later at the start of this year only two remained … 33 and 42 (By now you can see where this is going).

Earlier this year in April Professor Andrew Booker of the University of Bristol used his mathematical ingenuity plus weeks on a university supercomputer finally find an answer for 33, meaning that the last number outstanding in this decades-old conundrum, the toughest nut to crack, was that firm favourite of Douglas Adams fans everywhere.

Now we get to the latest update.

Professor Booker turned to MIT maths professor Andrew Sutherland, a world record breaker with massively parallel computations, and – as if by further cosmic coincidence – secured the services of a planetary computing platform reminiscent of “Deep Thought”, the giant machine which gives the answer 42 in Hitchhiker’s Guide to the Galaxy.

Professors Booker and Sutherland’s solution for 42 would be found by using Charity Engine; a ‘worldwide computer’ that harnesses idle, unused computing power from over 500,000 home PCs to create a crowd-sourced, super-green platform made entirely from otherwise wasted capacity.

The answer, which took over a million hours of calculating to prove, is as follows:

And with these almost infinitely improbable numbers, the famous Solutions of the Diophantine Equation (1954) may finally be laid to rest for every value of k from one to 100 – even 42.

Professor Booker, who is based at the University of Bristol’s School of Mathematics, said:

“I feel relieved. In this game it’s impossible to be sure that you’ll find something. It’s a bit like trying to predict earthquakes, in that we have only rough probabilities to go by.

“So, we might find what we’re looking for with a few months of searching, or it might be that the solution isn’t found for another century.”

Personally, I find it very satisfying that the means to working out the answer to 42 was a planet sized computer. Douglas Adams would have really enjoyed that.