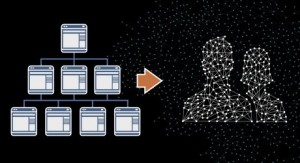 OK, so I blogged about FB yesterday and now I’m back to it once again today.

Its been about four months since FB announced they had 500 Million active users, so if their rate of increase has been sustained, they have now reached 666 Million. Now there is a symbolic number for you to digest :-) … No, I’m not hinting that they are the dark side of the force, its just my quirky sense of humor kicking in.

OK, so they have done the half a billion customers bit, will the next half a billion be that easy? Perhaps yes, because they have now cooked up FB Zero, an image free mobile offering that is also free to access, and so it enables FB to rapidly reach out even further and faster into new markets where desktops cannot go.

And here are some stats …

And yet this is still a tiny company, they only have about 2000-3000 employees. Not bad for a company that appears to have quite literally managed to hook in over 10% of the entire population on the planet.

And my source for all this? I gleaned it from an article in the Guardian a couple of days ago. You can read the original by clicking here.

Well, that just about wraps up this blog post, now I wonder what I’ll do with it … hummm … Ah yes, <clicks-fingers at light-bulb moment>, I’ll go post it on my FB page.