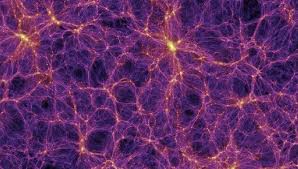 Ron Cowen reports in ScienceNews that there are Possible evidence for WIMPs reported, supporting claims of Italy-based experiment

An experiment in Minnesota is the first to bolster a long-contested claim that detectors a continent away have found evidence of particles called WIMPs.

WIMPs are theorized particles considered to be leading candidates for dark matter, invisible material believed to make up more than 80 percent of the matter in the universe.  In the Minnesota experiment, called COGENT, a hockey puck–sized chunk of germanium deep in a former iron mine attempts to record rare collisions with WIMPS.

In 15 months’ worth of data, COGENT researchers detected a seasonal variation in the collision rate — higher in summer and lower in winter — similar to that seen for 13 years by a larger experiment, using different detectors, in Italy. Researchers with that experiment, DAMA/LIBRA, have attributed the results to the Earth’s motion through a cloud of WIMPs (for weakly interacting massive particles) (SN: 5/10/08, p. 12). But many physicists have doubted that interpretation because, until now, no other experiment had found similar results.

COGENT team leader Juan Collar of the University of Chicago presented the new findings May 2 in Anaheim, Calif., at a meeting of the American Physical Society. Collar said he would not discuss the results with reporters until after papers describing the work are posted online.

The new COGENT results have features that you would expect from a dark matter detection, “something pretty similar to what DAMA has seen,” says theorist Dan Hooper of the Fermi National Accelerator Laboratory in Batavia, Ill., who heard Collar’s talk. “Everything that you would hope would be there, if it’s dark matter, is basically there.”