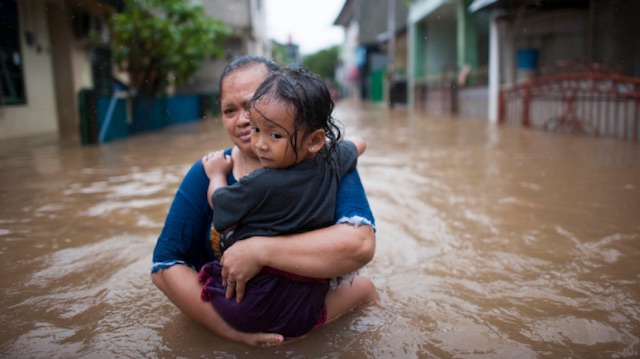 A new peer-reviewed paper published on 29th Oct within Nature Communications highlights the risk that millions face from sea level rise by 2100.

What is new within this study?

We have known that sea level is rising. It is not a huge leap to work out that this brings consequences. The insight that many face risk is not new. What exactly does this study do that has not been done before?

It turns out that the existing global digital elevation model (DEM) is flawed.

For many areas, the actual elevation of the land was an approximation that had been done via radar on the space shuttle. It had often picked up the tops of trees or buildings as the elevation, hence was known to be wrong, but on a global scale was considered good enough as a starting point.

In the U.S., Europe, and Australia LIDAR was then used to correct the data. That was never done for Asia, Africa, and the Middle East, hence existing projections of risk for those areas is wrong.

If you use flawed data to calculate exposure to a rising sea level you will get the wrong and answer.

This new study fixes that.

Here is what they did …

Strauss and Scott Kulp, a computer scientist at Climate Central, essentially figured out a way to use artificial intelligence to mimic the work of LIDAR.  “We looked at 50 million data points across the coastal U.S. and told the computer, ‘Here is the elevation, here is what the space shuttle radar measurement thinks it is, and go make a model that fixes the error.’” Strauss and Kulp compared their model to data in other parts of the U.S. and Australia where they have accurate elevation numbers and discovered the AI model (known as CoastalDEM) accurately corrected elevations in some places from 10 feet down to one inch.

When they re-analyzed the space shuttle data with the new model, the results were astonishing. And not in a good way.

Here is what happened …

Via here you can compare the risk via the previously existing SRTM data with their new revised CostalDEM data below. the column on the right is what fixing the data reveals …

This is rather shocking

China, Bangladesh, India, Vietnam, Indonesia, and Thailand are home to the greatest number of people who today live on land that could be threatened by permanent inundation by 2100—151 million in total, and 43 million in China alone.

In 19 countries, from Nigeria and Brazil to Egypt and the United Kingdom, land now home to at least one million people could fall permanently below the high tide line at the end of the century and become permanently inundated, in the absence of coastal defenses.

We might think that the impact from a rising sea level is many generations away. It is not.

“Sea level rise is a near term danger: today’s communities must make choices not just on the behalf of future generations, but also for themselves.”