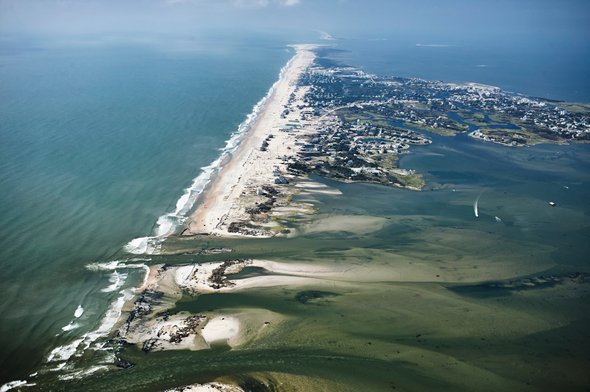 There is a new study that revises the rate of sea level rise. The conclusion is that it could be bigger than expected. The previous prevailing scientific conclusion was that the maximum by 2100 could be one meter. This new study revises that up to two meters.

Published within the Proceedings of the National Academy of Sciences (PNAS) on 20th May 2019, the Significance is as follows …

Future sea level rise (SLR) poses serious threats to the viability of coastal communities, but continues to be challenging to project using deterministic modeling approaches. Nonetheless, adaptation strategies urgently require quantification of future SLR uncertainties, particularly upper-end estimates. Structured expert judgement (SEJ) has proved a valuable approach for similar problems. Our findings, using SEJ, produce probability distributions with long upper tails that are influenced by interdependencies between processes and ice sheets. We find that a global total SLR exceeding 2 m by 2100 lies within the 90% uncertainty bounds for a high emission scenario. This is more than twice the upper value put forward by the Intergovernmental Panel on Climate Change in the Fifth Assessment Report.

To be wholly clear – this is not a claim that sea level will rise 2 meters by 2100. What it is actually telling us is that if we do nothing, and continue to pump out high levels of greenhouse gases, then it is 90% probable in that scenario that we would experience a 2 meter rise.

Why has this estimate been changed?

A newer better understanding has resulted in better models

However, much is still semiempirical and is based on the historical relationship between temperature and sea-level changes. There is still much that is not really known, so this study turned to 22 subject matter experts.

We find it plausible that Sea Level Rise could exceed 2 m by 2100 for our high-temperature scenario, roughly equivalent to business as usual. This could result in land loss of 1.79 M km2, including critical regions of food production, and displacement of up to 187 million people. A Sea Level Rise of this magnitude would clearly have profound consequences for humanity.