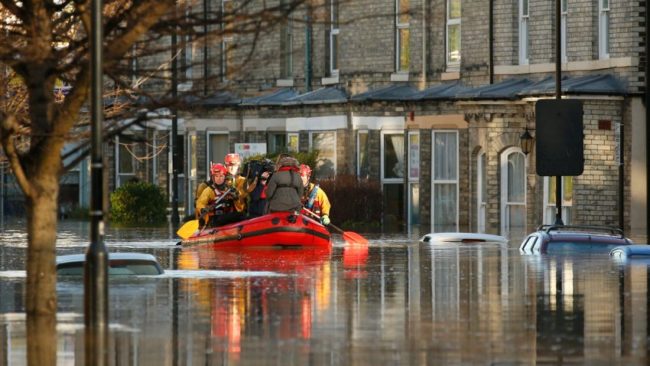 The UK’s Met office has issued the following announcement …

Scientists discover unprecedented atmospheric behaviour has disrupted one of world’s the most repeatable atmospheric patterns.

The normal flow of air high up in the atmosphere over the equator, known as the Quasi-Biennial Oscillation, was seen to break down earlier this year. These winds in the stratosphere are found high above the tropics, their direction and strength changes in a regular two-to three-year cycle which provides forecasters with an indication of what weather to expect in Northern Europe. Westerly winds are known to increase the chance of warm and wet conditions, while easterlies bring drier and colder weather.

OK, a few questions may be appropriate.

What exactly is the Quasi-Biennial Oscillation?

This is a regular feature of the climate system. On average, these equatorial eastward and westward winds alternate every 28 to 29 months, making them very predictable in the long term. Because they have been so regular, they can be utilised to determined seasonal forecasts.

As explained within the press release on Science … “The QBO consists of bands of strong stratospheric winds that appear in the midstratosphere and slowly descend, weakening until they dissipate near the base of the stratosphere around an altitude of 16 kilometers. As each band of wind moves down, a new band heading in the opposite direction begins forming above it, with each cycle lasting between 22 and 36 months.”

The regular patterns of the QBO system was utilised to create seasonal forecasts. Due to this disruption to this cycle there can be no confidence for these at the moment.

Obviously there is a need to get a better understanding of what has happened and why, so later this month international research groups will meet in Oxford to discuss the origins and implications of this event.

There is a current expectation that there will be a return to more typical behaviour within the next year, though scientists believe that the quasi-biennial oscillation could become more susceptible to similar disruptions as the climate warms.

Where can I find more information?

The announcement about this is on Science here.

The paper on what has happened is here in Science. (Sorry, but they have a paywall)

“This unexpected disruption to the climate system switches the cycling of the quasi-biennial oscillation forever. And this is important as it is one of the factors that will influence the coming winter.” – Prof Adam Scaife, Head of Long-range Forecasting at the Met Office and Honorary Visiting Professor at the University of Exeter.

“All the textbooks will have to be rewritten,” – Kevin Hamilton, an atmospheric scientist at the University of Hawaii’s International Pacific Research Center in Honolulu