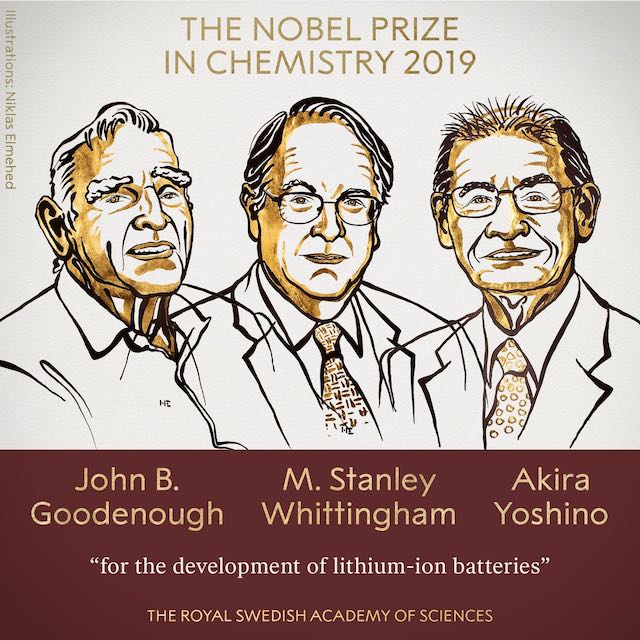 Today it is the 3rd of the 4 Nobel awards scheduled for announcement this week – Chemistry. This one is might not be as exciting as Physics, but there are a couple of background facts here.

The Nobel Prize for Chemistry is not actually just Chemistry

One wholly valid challenge with the three Nobel science categories of Medicine, Physics, and Chemistry is that this is not all of science. Our understanding of reality has greatly advanced into areas that simply did not exist when Nobel established his prize in 1895. The constraint is the precise wording of his will, and so biology has no prize.

To address this, the Nobel committee has intrepreted “Chemistry” to also include within its scope things such as biochemistry, molecular biology, and also materials science, hence in the context of this award, “Chemistry” is not just chemistry. That’s a smart move.

Chemistry has been the most controversial

In 1918 the Nobel Prize in Chemistry was given to Fritz Haber. He got the prize for his invention of the Haber-Bosch process, the method used in industry to synthesize ammonia from nitrogen and hydrogen gases, and that was then used for the large-scale synthesis of explosives. Now do remember that this award was given in 1918, a rather notable date that had seen the deployment of explosives on an industrial scale during the previous four years. Nobel himself decided to dedicate his entire fortune for the prize in his will when he read a premature obituary which condemned him for profiting from the sales of arms, so yes, awarding Nobel’s prize to a chap for coming up with a way to synthesise explosives just at the end of World War 1 was more than a little bit controversial.

However, that was not the primary issue. The core shock value here is that Mr Haber was the “father of chemical warfare” and had at that time spent many years pioneering the weaponising of chlorine and other poisonous gases during World War I. He was not simply some backroom boffin who dreamed up such stuff without fully understanding the consequences, he was on the front line with the rank of captain. There he vigorously promoted the use of, and personally deployed, chemical weapons despite the fact that Germany had signed the Hague Convention of 1907 that banned their use. His wife was so shocked at his actions during the war that she ended up shooting herself with his service revolver in 1915. He was not a nice guy. When the award was announced it left everybody thinking “WTF”.

OK, let’s quickly move on and see who has won this year. It was a really good choice.

2019 Chemistry Award- “for the development of lithium-ion batteries”

John B. Goodenough
The University of Texas at Austin, USA

“for the development of lithium-ion batteries”

They created a rechargeable world

The Nobel Prize in Chemistry 2019 rewards the development of the lithium-ion battery. This lightweight, rechargeable and powerful battery is now used in everything from mobile phones to laptops and electric vehicles. It can also store significant amounts of energy from solar and wind power, making possible a fossil fuel-free society.

Lithium-ion batteries are used globally to power the portable electronics that we use to communicate, work, study, listen to music and search for knowledge. Lithiumion batteries have also enabled the development of long-range electric cars and the storage of energy from renewable sources, such as solar and wind power.

The foundation of the lithium-ion battery was laid during the oil crisis in the 1970s. Stanley Whittingham worked on developing methods that could lead to fossil fuel-free energy technologies. He started to research superconductors and discovered an extremely energy-rich material, which he used to create an innovative cathode in a lithium battery. This was made from titanium disulphide which, at a molecular level, has spaces that can house – intercalate – lithium ions.

The battery’s anode was partially made from metallic lithium, which has a strong drive to release electrons. This resulted in a battery that literally had great potential, just over two volts. However, metallic lithium is reactive and the battery was too explosive to be viable.

John Goodenough predicted that the cathode would have even greater potential if it was made using a metal oxide instead of a metal sulphide. After a systematic search, in 1980 he demonstrated that cobalt oxide with intercalated lithium ions can produce as much as four volts. This was an important breakthrough and would lead to much more powerful batteries.

With Goodenough’s cathode as a basis, Akira Yoshino created the first commercially viable lithium-ion battery in 1985. Rather than using reactive lithium in the anode, he used petroleum coke, a carbon material that, like the cathode’s cobalt oxide, can intercalate lithium ions.

The result was a lightweight, hardwearing battery that could be charged hundreds of times before its performance deteriorated. The advantage of lithium-ion batteries is that they are not based upon chemical reactions that break down the electrodes, but upon lithium ions flowing back and forth between the anode and cathode.

Lithium-ion batteries have revolutionised our lives since they first entered the market in 1991. They have laid the foundation of a wireless, fossil fuel-free society, and are of the greatest benefit to humankind.

Read more about this year’s prize