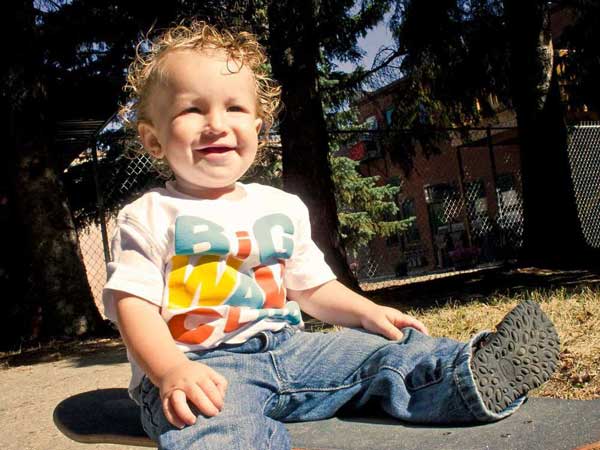 You might, or perhaps might not be aware that the trial of David Stephan and his wife Collet Stephan is now over and that they were found guilty of “failing to provide their ill son with the necessaries of life“. Ezekiel Stephan, pictured above, tragically contracted meningitis, and his parents then proceeded to try and treat him with remedies that included smoothies with hot peppers, garlic, onions and horseradish.

Basically his parents were deeply into what is known as Naturopathy. This is an alternative medicine (hint: the stuff that does not actually work at all) and consists of a cobbled together collection that includes homeopathy, herbalism, and acupuncture and of course diets.

Naturopathy is quackery, and, like many forms of quackery, it kills. People who trust naturopaths to treat actual serious diseases instead of using real doctors and real medicine dramatically decrease their odds of surviving a serious illness. While competent adults have every right to make that choice, to use fake medicine instead of real medicine, as foolish a choice as that is, making that choice for a child, who is unable to choose for himself, is medical neglect and child abuse. Unfortunately, due to an all-too-prevalent attitude that views children as more or less the property of the parents, leading to far too much deference to parental “rights” when it comes to their choosing quackery for their children, it’s not at all uncommon for children to suffer the consequences of parents choosing naturopathy instead of medicine. I’ve written about such children victimized by quackery, be it naturopathy, faith healing, or other forms of quackery, far more times than I can remember. It’s depressing to contemplate.

The key to perhaps understanding why they were found guilty is this specific incident. As their son became seriously ill that called a nurse who was also a family friend, and this happened …

After a nurse told Collet that Ezekiel’s symptoms suggested he had developed viral meningitis, the couple drove their son into Lethbridge to visit a naturopath, according to the Lethbridge Herald. At the time, Ezekiel had become so stiff that he was unable to sit in his car seat and had to lie on a mattress in the back of the family’s vehicle.

Collet told the RCMP that Exekiel’s condition improved after he took a naturopathic remedy for meningitis, Global reported, but after he took a nap, he stopped breathing. Collet started CPR and David called 911.

What are they and are they not guilty of?

Clearly they did deeply love their son, so you need not consider the idea that they have been found guilty of neglect driven by a lack of compassion, but rather the more specific charge of “failing to provide their ill son with the necessaries of life“.

They were indeed quite delusional when it comes to Naturopathy, and that delusion has now cost them the life of their son, because the idea that these “natural” therapies are in any way effective is just wrong.

What is even more tragic is just how preventable this all was. It was confirmed that it was indeed bacterial meningitis, and that would not have happened if he had been vaccinated, but because his parents are also anti-vax, then Ezekiel did not receive the normal childhood vaccinations. However, the specific question that the jury was asked to consider is this …

Did they fail to respond appropriately to his severe illness.

Let me put that another way, was this mistake entirely down to just the parents?

The Nurse they called did the right thing, she told them what it most probably was and told them to get proper professional medical help. What about the Naturopath? The treatment she dispensed was grade-1 gold plated quackery. A processional acting as she did is clearly a danger to the community, and yet it is the parents on trial, not her.

Have the parents now changed their minds about Naturopathy?

It is disheartening that the majoriety of the trial was performed under the pretence that Ezekiel was “very ill” with bacterial meningitis and a right pleural empyema that in reality, he had neither. This falsified evidence ultimately served as a coverup and the basis for an extremely twisted story, shifting the liability of my son’s death from Alberta Health Services ill equipped ambulance over to my wife and I.

… and yet contrary to his claim, the official autopsy on Ezekiel revealed meningitis.

How should society handle delusional parents who embrace absurd ideas?

As Dr Gorski points out, consenting adults can of course take full responsibility for themselves and opt for quackery, but what then happens when they are parents of children who face life threatening conditions?

There are no easy answers here.

7 thoughts on “The needless death of a young Ezekiel Stephan”