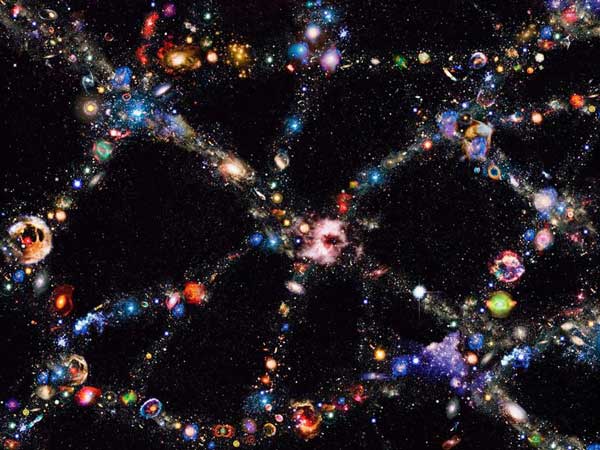 Smithsonian.com has a nice article all about the largest structure in the Universe that has been recently observed… or to be a tad more precise, the largest that we have observed so far.

There are definitely no words to describe their latest find, dubbed the BOSS Great Wall, which is a supercluster of galaxies over 1 billion light years across, making it the largest structure observed in the universe so far

… This wall is made up of 830 separate galaxies that gravity has corralled into four superclusters, connected by massive filaments of hot gas, Joshua Sokol reports for New Scientist. This creates a twisting structure that resembles a cosmic honeycomb.

“On the grandest scales, the universe resembles a cosmic web of matter surrounding empty voids – and these walls are the thickest threads,” he writes.

Lurking 4.5 to 6.5 billion lightyears away, the BOSS has an estimated mass 10,000 times greater than our own Milky Way

The Scope of this

See if you can get your head around this …

So basically the observable universe, as illustrated above, looks very much like a web of matter that encapsulates empty voids and these walls are the thick threads.

This latest BOSS Great Wall is roughly one billion light years across, a scale and distance that is hard to truly grasp.

Is the BOSS Great Wall Unique?

So far it is the biggest such structure observed, but no it is not unique, other similar structures have also been previously observed. For example we have the Sloan Great wall that was first observed in 2003, but this newest is far bigger by about two thirds.

So what is this really all about?

They are looking for such structural patterns within the early universe, and that then helps to model it. Once what is out there is measured, it can then be utilised to test models that predict galaxy formation. Such formations naturally arise from the density fluctuations within the embryonic universe during the big bang, and so measuring them gives the ability to grasp for a better understanding of such density fluctuations.

Illustrations From the Published Paper 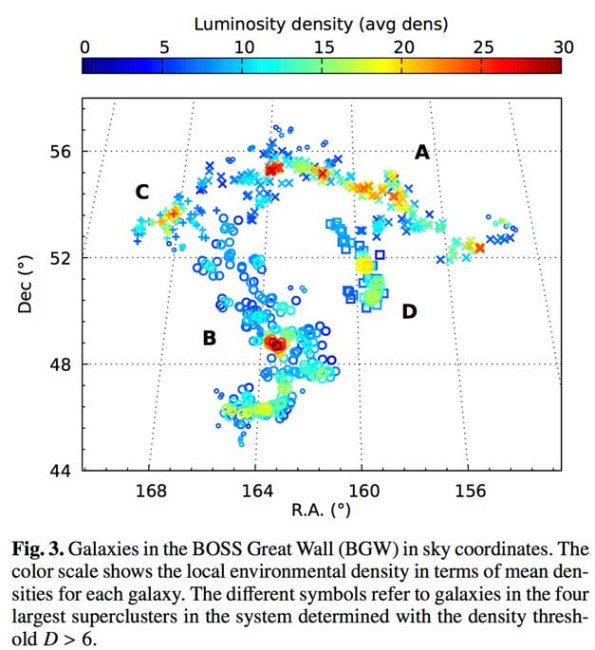 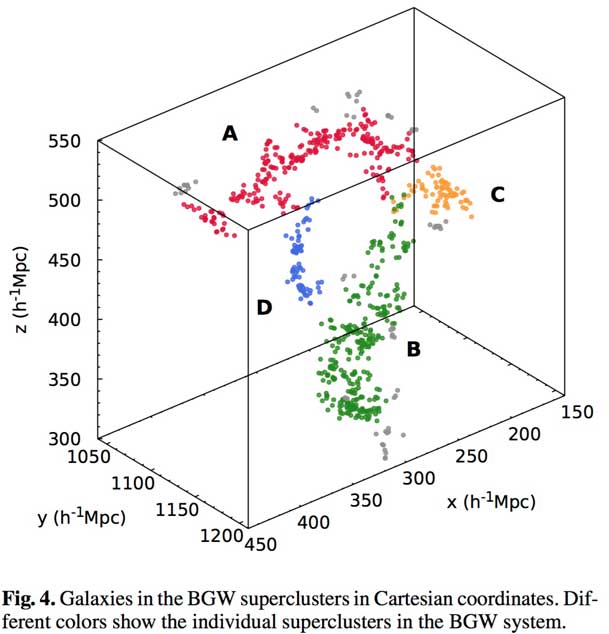