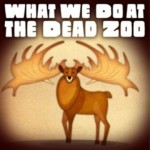 I’m in Ireland at the moment, and looking forward to a visit to the natural History museum today in Merrion Sq … as an aside, if you are here and free, then today is a special day in conjunction with the Dublin City of Science to highlight how the collections are used by scientists. …

What We Do at the Dead Zoo – Investigating Bears, Bats and Bugs is the first ever open day in the Natural History Museum.

You can find out how and why the Natural History Museum’s collections are used by many different people, from scientists to model makers.

… the laptop at the centre of the matter was stolen from the priest’s house. The computer is believed to have been the only item stolen and the PSNI has made a public appeal to help solve the crime.

Since the police are seeking assistance here, can I suggest that perhaps somebody should point them in the direction of a dictionary so that they can then lookup the word “cover-up”

It’s the old story of course, the priest in question, the Rev Martin McVeigh of St Mary’s Primary School in the Northern Ireland village of Pomeroy, County Tyrone will be told to go say the rosary half a dozen times, then life will go on and everybody will pretend it never happened. The poor bloke will remain trapped inside a cult that tells him that his natural sexuality is wicked and evil, and so once again a delusional belief prevails, and also demonstrates that it will do whatever it takes to cover things up and protect itself.