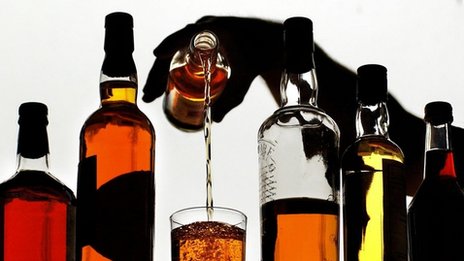 The UK’s chief medical officers say new research shows any amount of alcohol can increase the risk of cancer.

The new advice says men and women who drink regularly should consume no more than 14 units a week – equivalent to six pints of beer or seven glasses of wine.

Now the above appears to be a bit odd because it looks like a mixed message.

We have a statement that any amount of alcohol causes cancer … and that is actually what the evidence does confirm, it is wholly factual. Cancer UK lists all the formal evidence for that here.

So like smoking we now also have Alcohol as one of the truly bad boys and yet it is not being treated the same way. Note that the official government recommendation for smoking is indeed zero and while they do not strive to stop you by making it illegal, they do run anti-smoking campaigns designed to encourage people not to smoke, and now that they know that Alcohol is a similar cause of cancer you might expect a similar treatment, but instead they are recommending a reduction and do not appear to be recommending zero … consume no more than 14 units a week.

Actually, smoking and alcohol are not on par and do not have the exact same degree of risk, so lets dig into that a bit to understand it.

While it is indeed true and wholly factual that any amount of Alcohol causes cancer that is not the whole story.

… but it is not quite that simple, because …

If however you are a smoker, then your risk of death is far exceeds all of this, and is more than 1 in 2, so clearly it is not the same degree of risk.

OK, so what about the J curve?

There is what is known as the J curve (illustrated below) that would appear to confirm that a small amount of alcohol is OK for you and so decreases your risks, but then as you consume more, your risks increase …

… but, and this is the very big “but”, that was what we understood 20 years ago and so research has moved on since then.

There is the distinct possibility that a moderate amount of alcohol may indeed be good for your heart, but the degree of confidence that this is true has now decreased. The numbers do indeed confirm that those who only drink a modest amount have a reduced risk of mortality and so the J correlation is quite real and wholly factual.

Key Point: A correlation does not necessarily establish a causal relationship.

Some are now arguing that those who only drink a modest amount are perhaps also making other healthy lifestyle choices and that perhaps explains this. Additionally, those who do not drink at all may have simply stopped due to other health concerns.

14 was selected because this is basically a 1% lifetime risk of death from causes related to alcohol, and is a far lower risk than smoking. It does not  imply that 15 units is inherently evil and that there is a tipping point there, but rather is just a bit of generic guidance that keeps you within that 1% degree of risk.

To place that 1% in context, just sitting watching TV every night and not being active, or eating about three bacon sandwiches each week has a higher percentage of risk.

It is perhaps also a rather sensible recognition that criticising the J curve does not change it as a statistical fact in any way, it is still quite real, and while the criticism is wholly appropriate because it introduces a potential explanation, none of these have been confirmed as causal, and so there is still a rather fuzzy area here – the prevailing degree of confidence from some is that a moderate amount is beneficial.

So 14 as a limit is probably quite a sensible recommendation in the context of the current information we have, but I suspect that as our understanding evolves, it may all be revised again at some point.

It is just a recommendation and is not a directive. As human we all all do things that involve risks of varying degrees. For example driving is dangerous, people die in road accidents, and yet we still drive. But we can also make sensible choices and opt to keep within the recommended speed limits and thus greatly reduce that degree of risk. Alcohol is similar, we derive some enjoyment from it, but using it to excess will expose us to a great deal of risk, and so having some evidence-based guidelines on what greatly reduces that risk makes a lot of sense.

1 thought on “Is Zero Alcohol really the safest best option?”