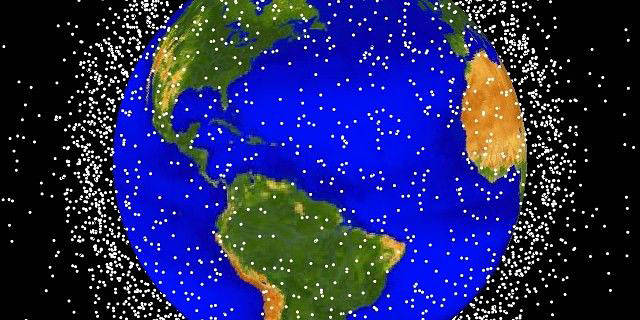 This one caught me by surprise. There is a new paper that reveals that light pollution is rapidly increasing, not just from the surface but also from orbit. The paper itself was published in the Monthly Notices of the Royal Astronomical Society on March 29, 2021.

The abstract highlights just how serious this already is (emphases mine) …

The population of artificial satellites and space debris orbiting the Earth imposes non-negligible constraints on both space operations and ground-based optical and radio astronomy.

The ongoing deployment of several satellite ‘mega-constellations’ in the 2020s represents an additional threat that raises significant concerns. The expected severity of its unwanted consequences is still under study, including radio interference and information loss by satellite streaks appearing in science images.

In this Letter, we report a new skyglow effect produced by space objects: increased night sky brightness caused by sunlight reflected and scattered by that large set of orbiting bodies whose direct radiance is a diffuse component when observed with the naked eye or with low angular resolution photometric instruments. According to our preliminary estimates, the zenith luminance of this additional light pollution source may have already reached ∼20 μcd m−2, which amounts to an approximately 10 percent increase over the brightness of the night sky determined by natural sources of light. This is the critical limit adopted in 1979 by the International Astronomical Union for the light pollution level not to be exceeded at the sites of astronomical observatories.

“It’s a bit of an eye opener,As space gets more crowded, the magnitude of this effect will only be more, not less.”

John Barentine, director of public policy at the International Dark-Sky Association, who helped author the study

The problem is not simply what is there now, the vast concern is what is shortly coming. As of 1 January 2021, some 3,372 satellites are in orbit. Just those are already a concern. What comes soon are the megaconstellations.

SpaceX has plans for over 40,000 satellites for their Starlink global internet.

How Big a Deal is this Satellite Light Pollution?

With the already calculated level of ∼20 μcd m−2, most backyard stargazers will not be concerned about that. Professional astronomers pushing at the very limit of what what is possible, those seeking out very faint distant objects, will be hugely concerned.

What is coming however may indeed concern a far wider audience.

What the study reveals is that right now even the darkest places on the earth may already have an increased light pollution.

Is The Study Robust?

According to our preliminary estimations, this newly recognised skyglow component could have reached already a zenith visual luminance of about 20 μcd m−2, which corre- sponds to 10 per cent of the luminance of a typical natural night sky, exceeding in that way the IAU’s limiting light pollution ‘red line’ for astronomical observatory sites. Fu- ture satellite mega-constellations are expected to increase significantly this light pollution source.

The paper is of course part of a conversation within the community.

Translation: Hey guys look what we have come across, we may need to take a serious look at this because it could become a very serious issue.

In other words, as laid out within their discussion section of the paper …

The approach in this work is a first approximation to the problem, made with some simplifying assumptions. How- ever, the results in Section 2 were derived from robust first principles and we believe they capture the basic physics of this effect. Our estimates refer only to the human visual band; estimates in other bands of the optical region, includ- ing the near-infrared, would be also informative but were not addressed in this work.

Observational campaigns to evaluate the strength of this effect should be planned and carried out. They pose an interesting methodological problem, since this new sky- glow component corresponds to a diffuse contribution slowly varying across the night sky, so no sharp borders between an affected and an unaffected area of the sky are to be expected.…

What does it really mean?

If we assume they are indeed correct and it is all confirmed, then being realistic about this, Space X is not going to roll back their plans.

Nor can you paint satellites black so that they don’t reflect. They would then heat up and rapidly fail.

If this increased glow is uniform, then you can put more time in for your images and subtract that increased glow. That is more expensive of course, but potentially viable.

Alternatively, orbital telescopes might be the way forward. Hubble is more or less at end of life (it will remain up there until the 2030s), but James Webb and others are in the pipeline.