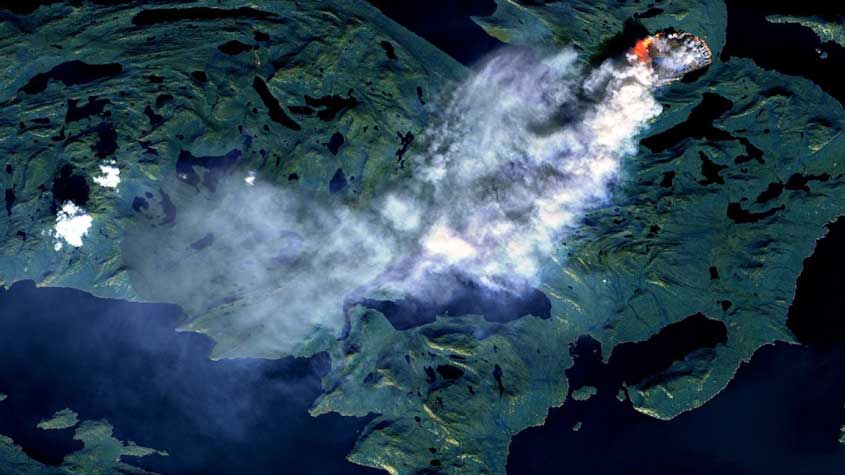 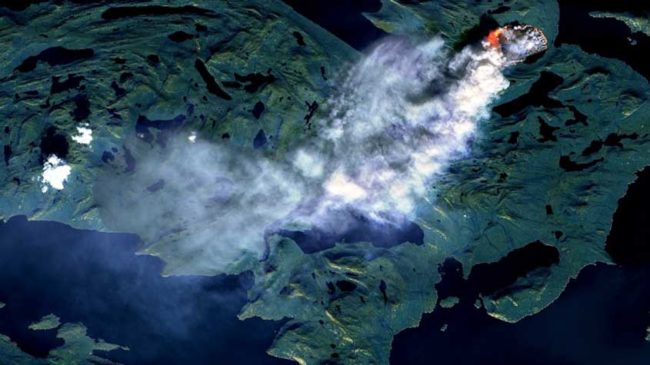 The news is that there is a wildfire raging in Greenland. This is not isolated, because as I was writing a few days ago, there have been wildfires raging right across the entire Northern Hemisphere in the US, Canada, Europe and Siberia, so the discovery that there is also one in Greenland is simply another tick in the box.

Then again the thought of a wildfire in Greenland does perhaps stand out a bit and cause one to pause. We all carry within us visions of Greenland being an ice and snow covered landmass, and so it is natural to wonder what exactly is burning.

There have of course been wildfires in Greenland before, but what is now happening this year does appear to be something different. As reported within the UK’s Independent …

Prof Lhermitte tweeted: “Wildfires have occurred in the past over Greenland but 2017 is exceptional in number of active fire detections.”

He said wildfires were not unknown in Greenland with reports of a major one taking place in 1966, but there was no way of knowing how large this was. “This year’s main fire is a big one,it’s not a typical wildfire, it’s a rare and unusual event,” Prof Lhermitte told The Independent. “This one is the biggest one in the satellite record that we know of.”

OK, so I looked him up on twitter and found the following. He has empirical data to backup his claim that 2017 is indeed different …

To wrap up: wildfires have occurred in the past over Greenland but 2017 is exceptional in number of active fire detections by MODIS pic.twitter.com/2HGaVieTEe

The NASA Earth Observatory has also been recording details from orbit … 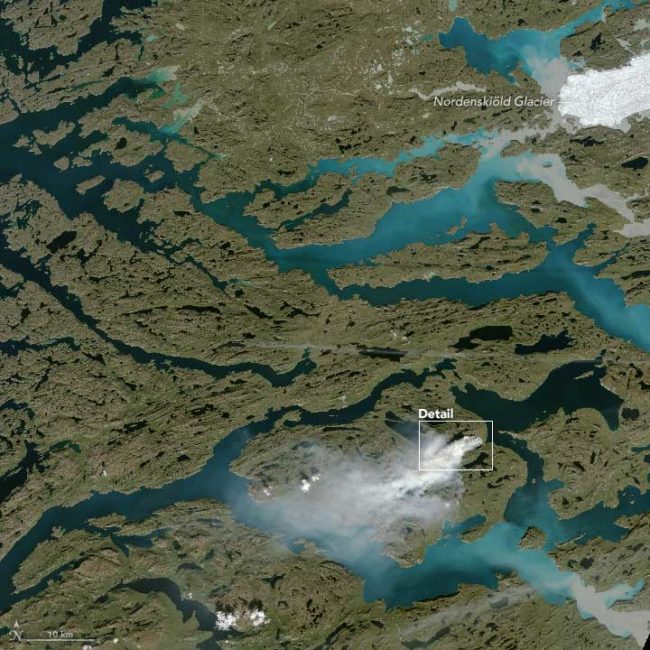 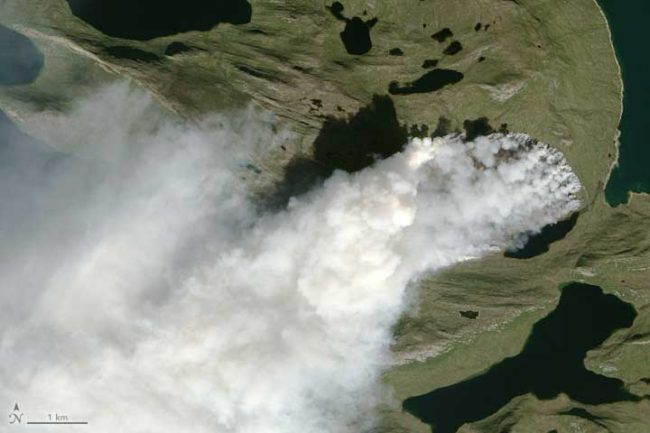 The above images were captured on 3rd Aug.

They are not alone, the ESA has also been capturing images as well …

Where exactly is the Wildfire?

The precise location is 90 miles Northeast of Sisimiut, the second largest town in Greenland which has a population of about 5,500 people. Yes, Greenland is indeed mostly Ice on Rock, but such costal areas do have dwarf willows, shrubs, grasses, mosses, and other vegetation. However, this appears to be specifically a peatland fire.

To help you visualise that location, here is a map … 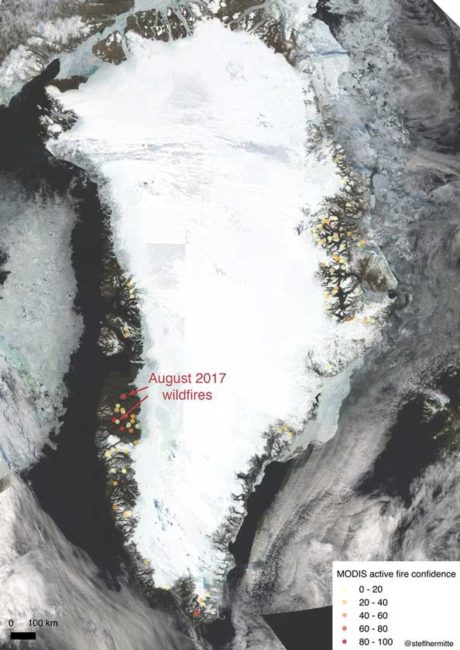 Due to the unprecedented number of wildfires in the 2017 season, the finger is being pointed towards Climate Change being a factor. Peat, if dried out, will very readily burn easily, and so having higher temperatures does indeed appear to have set the stage for this.

“greater fire activity will likely accompany temperature-related increases in shrub-dominated tundra predicted for the 21st century and beyond.”

Having a raging fire next to a rather large area of solid ice is really not going to help climate change. Darker ash from the fire will end up being deposited on the ice and that helps to speed up melting. Having a darker surface enables it to absorb more solar energy instead of reflecting it.

This is not speculation, there is a 2014 study that confirmed that the 2012 Greenland melt was not just higher temperatures, but that the ash deposited on the ice by Siberian wildfires also played a role.

This #sentinel2 image of #Greenland shows massive forest fire. Yes it is #GREENLAND. Our @CopernicusEMS #RapidMappingTeam is on it 🇪🇺🛰📷🌎⬇️🚒 https://t.co/7qS6RXS71n