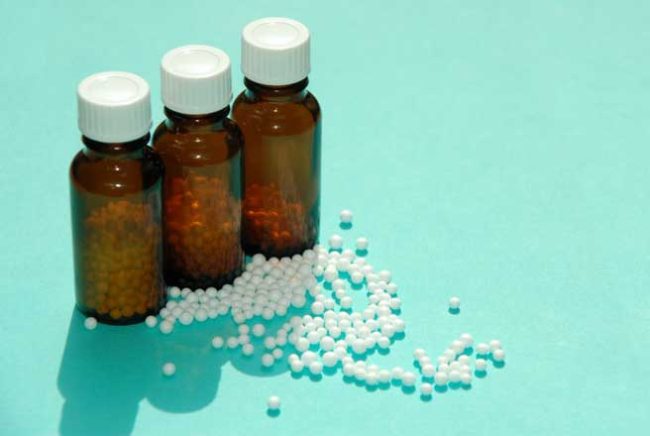 When faced with claims that Homeopathy works, then you might perhaps reply by citing a scientific study that demonstrates that it does not. If whoever you are conversing with is a practising homeopath, then this is not unfamiliar territory, and they in turn will have a similar scientific study that will soon be plucked out and waved back at you to demonstrate that it does actually work.

The thinking within the homeopathy community is that there exists a strong bias against homeopathy and that all the scientific studies that demonstrate it to be ineffective are flawed. As a contrast to that stance, those within the mainstream medicine field familiar with it all will comment that homeopaths are strongly biased against any evidence-based criticism because they are deeply invested in the concept both financially and also emotionally.

Professor Edzard Ernst, formally the Professor of Complementary Medicine at the University of Exeter, the first such academic position in the world, has spent rather a lot of time looking into a vast assortment of various alternative medicines to discover what actually does and does not work. As a young doctor his life was a journey of discovery and as part of that process became a homeopath and practised at a homeopathy hospital in Munich.

He no longer practises Homeopathy and is now quite critical of it all, not because he has a mainstream bias, but instead because he followed the evidence and came to the conclusion that it really does not work.

So back to our question. How does he work out what is and is not viable evidence. When faced with a sea of apparently conflicting studies how does he determine which are good solid robust studies and which are fatally flawed?

A couple of weeks ago he was writing within the Spectator on this very topic and has a very interesting answer. He suggests that the Cochrane reviews are quite unique and well-positioned to address such conflicts. You don’t need to read all of the clinical studies one by one and assess each, they have done all the heavy lifting for you …

they follow an extremely rigorous peer-reviewed protocol; the studies they include are assessed in a standardised fashion; the review-authors have to justify why they exclude certain trials; the team of authors always includes experts from the subject in question (which means that reviews of homeopathy are conducted with the help of homeopaths); the extraction of the data is done in a transparent, standardised way; the reviews are carefully peer-reviewed and regularly updated; all reviews are freely accessible for everyone.

Because of these features, there currently is a very broad consensus that, when it comes to judging the efficacy of medical interventions, Cochrane reviews are the best evidence available.

Now that is indeed a very sensible approach.

OK, so what do the Cochrane reviews tell us about Homeopathy?

Currently there are seven reviews that investigate the deployment of Homeopathy for the treatment of specific conditions, and here via Professor Edzard Ernst is a summary all seven with links to each that can be checked …

In general, no Homeopathy does not work.

Oh but wait, what was that observations from Number 5 above that reads “this review found preliminary data in support of the efficacy of topical calendula for prophylaxis of acute dermatitis during radiotherapy and Traumeel S mouthwash in the treatment of chemotherapy-induced stomatitis”. There they looked at a total of eight trials …

If you are not familiar with the topic of Homeopathy, they it is well worth understanding what it actually is. Some might view it as a variation of herbal medicine, but that is simply not correct.

The idea, dreamed up by Samuel Hahnemann in 1796, is that like cures like. It is basically an extremely diluted remedy and this is on a logarithmic scale. A typical remedy can be as “potent” as 30C or might even be 100C, so what does that mean?

In other words, by the time you get to 30C what you are given contains no active ingredients at all. What is of course bizarre is that this remedy is supposed to be magically infused with the property of the ingredient that you started with and to have somehow “forgotten” all about anything and everything else that ever came into contact with it. (Hint: the secret of plumbing is that it’s not all water).

If you are now beginning to think, “But that’s absurd” then you are beginning to get it, because this is indeed pseudoscientific nonsense and all you actually have is a placebo. This is not about some herbal remedy that just might do something, instead it is more or less magical thinking.

Is it just Professor Edzard Ernst opposed to it?

Not at all, amongst the many reputable organisations taking a stand against it you will find …

In the end if you do truly feel that it really is effective and does work, then your challenge is not to convince me, but instead is to convince medical subject matter experts who dedicate their lives to finding the most effective treatments available.

The Wikipedia page on Homeopathy gives you a good comprehensive overview of the topic in great detail.

It is of course a topic that leads to some heated debate and so the Homeopathy Wikipedia page is controversial. For an insight into how the current stance taken by that page has been reached you may find that the associated Talk: page quite interesting. There they lay out their policy.