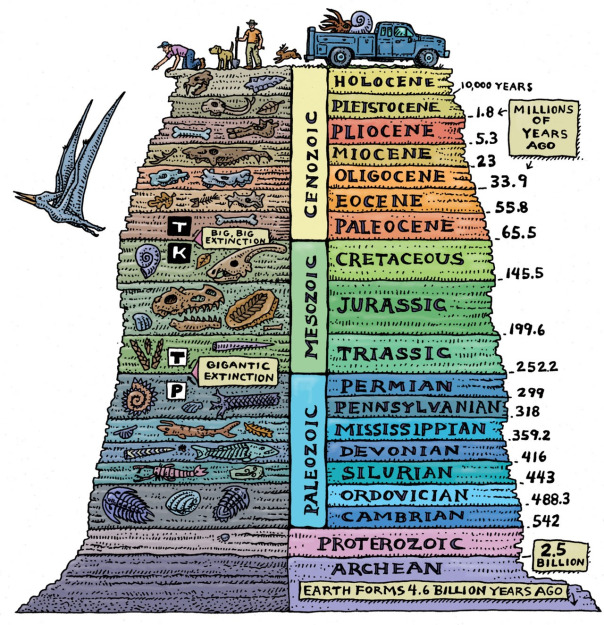 A team of scientists have published a paper in Nature that has cracked a Holocene climate change mystery.

Previous reconstructions of global temperatures had suggested that there was Early Holocene warmth followed by a cooling trend through the Middle to Late Holocene. This had been used by some to suggest that climate model predictions of future warming must be wrong because running models backwards did not wholly align with this …

To be specific, the overall temperature change during the Holocene matched pretty well in reconstructions and models, but the pattern didn’t. The best proxy reconstruction from a 2013 paper led by Shaun Marcott estimated more warming than models from 12,000 to 7,000 years ago. Then over the past 7,000 years, Marcott’s reconstruction estimated about 0.5°C cooling while model simulations showed the planet warming by about the same amount.

What this new paper does is to reconstruct the temperature record for the entire Holocene and reveal that the models do in fact align. The previous Holocene reconstructions had not accounted for seasonal variations.

Side Note: The term “Holocene” refers to current geological epoch. It began approximately 11,650  cal years before present, after the last glacial period

What exactly does the new study reveal?

They have reconstructed the temperature record for the entire Holocene, and by doing so revealed that the annual global temperature today is the warmest of the past 10,000 years …

Nature (Jan 2021): Seasonal origin of the thermal maxima at the Holocene and the last interglacial

“Our reconstruction shows that the first half of the Holocene was colder than in industrial times due to the cooling effects of remnant ice sheets from the previous glacial period – contrary to previous reconstructions of global temperatures, The late Holocene warming was indeed caused by the increase in greenhouse gases, as predicted by climate models, and that eliminates any doubts about the key role of carbon dioxide in global warming.”

Lead author Samantha Bova, a postdoctoral researcher associate in the lab of co-author Yair Rosenthal, a Distinguished Professor in the Department of Marine and Coastal Sciences and Department of Earth and Planetary Sciences at Rutgers University–New Brunswick.

Graph of the Holocene Global Temperature

The image below by the lead author shows the evolution of temperature during the Holocene era and some of the key mechanisms responsible for the increase in temperature over the last 12,000 years.

They used marine calcareous (calcium carbonate-containing) fossils from foraminifers – single-celled organisms that live at the ocean surface – to reconstruct the temperature histories of the two most recent warm intervals on Earth. They are the Last Interglacial period from 128,000 to 115,000 years ago and the Holocene.

To get the fossils, they collected a core of bottom sediments near the mouth of the Sepik River off northern Papua New Guinea during the Rutgers-led Expedition 363 of the International Ocean Discovery Program. The core features rapidly accumulating sediments that allowed the scientists to recreate the temperature history of the western Pacific warm pool, which closely tracks changes in global temperatures.

How temperature evolved during the Last Interglacial and Holocene eras is controversial.

Some data suggest that the average annual global temperature during modern times does not exceed the warmth in the Holocene’s early warm period, called the “Holocene thermal maximum,” which was followed by global cooling. Meanwhile, climate models strongly suggest that global temperatures have risen throughout the past 10,000 years.

“The apparent discrepancy between climate models and data has cast doubts among skeptics about the role of greenhouse gases in climate change during the Holocene and possibly in the future, We found that post-industrial warming has indeed accelerated the long and steady trend of warming throughout the past 10,000 years. Our study also underscores the importance of seasonal changes, specifically Northern Hemisphere summers, in driving many climate systems. Our method can, for the first time, use seasonal temperatures to come up with annual averages.”

Yair Rosenthal, a Distinguished Professor in the Department of Marine and Coastal Sciences and Department of Earth and Planetary Sciences at Rutgers University–New Brunswick

Bottom Line: The discrepancy appears to have been resolves. The world really is at its hottest for at least 12,000 years.