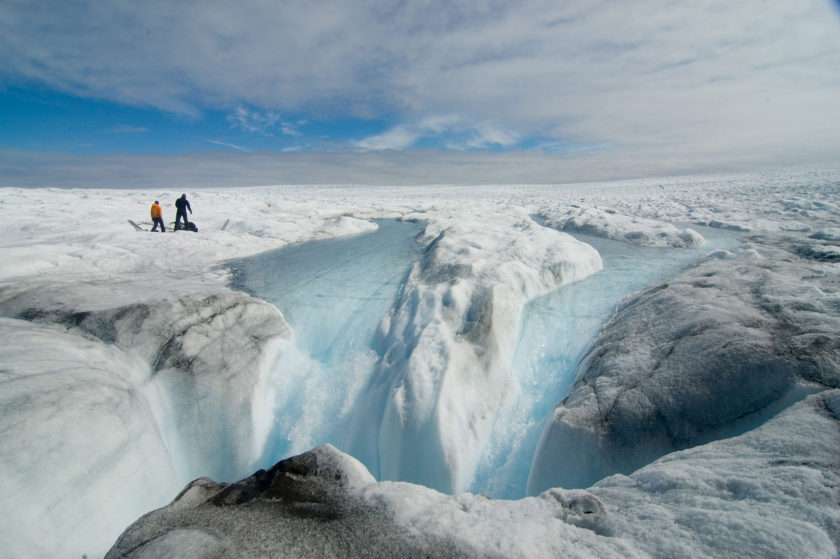 Things are heating up. That’s not an opinion, but rather is an observational fact. For example last year was the second hottest ever recorded in the Arctic. One rather obvious consequence is ice melt in both Greenland, the Arctic and of course the Antarctic.

That’s NASA’s Gravity Recovery and Climate Experiment and of course GRACE‐FO is the GRACE Follow-On.

The first GRACE mission was deployed in 2002 and collected data for more than 15 years, a decade longer than its intended life span. Toward the end of this period, the GRACE satellites began to lose battery power, leading to the end of the mission in October 2017.

GRACE Follow-On – based on a similar technology but also including an experimental instrument using laser interferometry instead of microwaves to gauge minute changes in distance between the twin spacecraft – was launched in May 2018.

The twin GRACE satellites were designed to make extremely precise measurements of changes in Earth’s gravity. The spacecraft have proven to be particularly effective at monitoring the planet’s water reserves, including polar ice, global sea levels and groundwater.

“It’s great to see how well the data line up in Greenland and Antarctica, even at the regional level,” she said. “It’s a tribute to the months of effort by the project, engineering and science teams to make the endeavor successful.”

The Study itself can be found here. It was published on 18th March 2020.

Via here at the University of California Irvine …

During the exceptionally warm Arctic summer of 2019, Greenland lost 600 billion tons of ice, enough to raise global sea levels by 2.2 millimeters in two months. On the opposite pole, Antarctica continued to lose mass in the Amundsen Sea Embayment and Antarctic Peninsula but saw some relief in the form of increased snowfall in Queen Maud Land, in the eastern part of the continent….

…“We knew this past summer had been particularly warm in Greenland, melting every corner of the ice sheet, but the numbers are enormous,” said lead author Isabella Velicogna, UCI professor of Earth system science and JPL senior scientist….

“In Antarctica, the mass loss in the west proceeds unabated, which is very bad news for sea level rise,” Velicogna said. “But we also observe a mass gain in the Atlantic sector of East Antarctica caused by an increase in snowfall, which helps mitigate the enormous increase in mass loss that we’ve seen over the last two decades in other parts of the continent.”

Precise measurements like this enable us to create long datasets. There will of course be fluctuations. We need to look beyond those and see what the long term trends actually are. That is exactly what data collected via GRACE gives us, it is window into what is unfolding.

Will we pay attention?

We might indeed be completely and totally focused upon the coronavirus right now. There is however a far bigger threat of immense significance currently unfolding that has some truly dire long-term consequences.

It is not exactly a huge shock to observe that the set of those that reject climate science tends to greatly overlap with the set of those that also rejected the warnings from the scientific community about the coronavirus. Now that many have woken up to the idea of paying attention to scientific subject matter experts, it might also be worth pointing out that continuing to listen is a good idea.