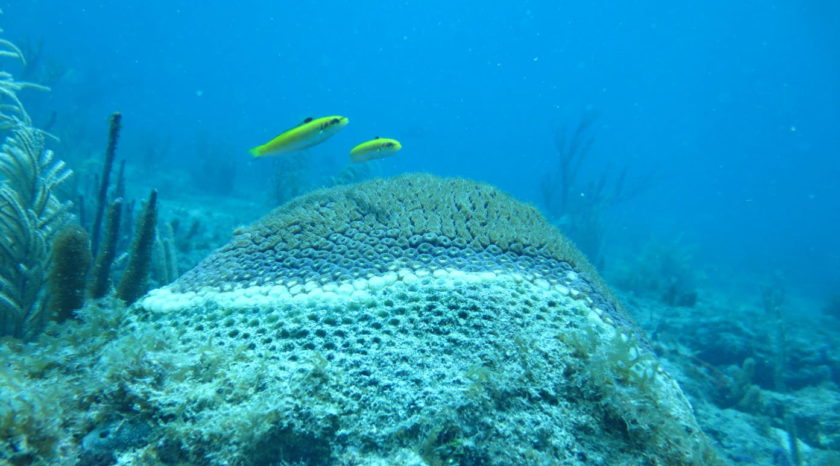 A team of researches has unexpectedly found evidence that a mass extinction is underway. The work being conducted was to compare modern corals to their ancient counterparts. What they discovered is a parallel between an ancient extinction event and what is happening now.

A Newsweek article quotes one of the researchers as follows …

“When we finally put all this together and saw the result, for me it was that moment when the hair on the back of your neck stands up,” said marine biologist David Gruber, of The City University of New York. “It was like, Oh my goodness, [the corals] are doing exactly what they did back then.”

OK, so what exactly have they discovered, what is this all about?

Let’s jump directly into the study itself to find out.

Published in Nature Scientific Articles on 3rd March, it documents the results of research by a team from Graduate Center, CUNY; Baruch College; Scripps Institution of Oceanography; University of Haifa; University of Leeds; and GEOMAR Helmholtz Centre for Ocean Research.

What they have discovered is that corals are currently exhibiting a suite of dynamic survival responses that correspond with their last major extinction 66 million years ago.

What exactly did the research team do?

They examined 250 million years of fossil coral data from the Paleobiology Database and then compared this to modern data.

They noted striking similarities in the corals’ recorded survival behaviors between the Cretaceous-Tertiary (KT) extinction event 66 million years ago (when the dinosaurs disappeared) and the current Anthropocene time period.

Using the data, they were able to infer relevant traits from ancient corals that survived the KT event. To be specific …

When they compared these traits to the traits of modern Scleractinian corals, they observed that those with these same survival traits have relatively stable populations, while those lacking them are presently decreasing in abundance and diversity.

“This study reminds us that corals are diverse and flexible organisms with a demonstrated success facing the most extreme environmental crisis in Earth’s history: mass extinction,” said the study’s first author Gal Dishon, a marine biologist with the Scripps Institution of Oceanography at the University of California. “Nevertheless, based on the lessons we learned from fossil data, the surviving corals will not be those reef builders we know from hyper-diverse tropical coral reefs, but rather small, solitary, slow-growing, and deep-dwelling corals.”

The authors note that while slow recovery time (2-10 million years) of coral reefs following a mass extinction is distressing, they also call attention that primates (the order that also includes humans) are also increasingly becoming threatened with extinction.

“There is something very powerful about this message coming from the corals,” said Gruber. “Corals are such a sensitive group of marine creatures, they are essentially the canary in the coal mine.”

Corals are a big deal for life

While coral reefs represent only 0.2% of the oceans’ area, they harbor ~95,000 described species and represent about 5% of the world’s known species and ~35% of known marine species.

An alarming trend is that 30% of the 96,500 species assessed on the International Union for Conservation of Nature Red List are now threatened with extinction. That list includes one third of the world’s corals.

The earth has experienced five major mass extinction events (“The Big Five”) since the Cambrian period, each resulting in the loss of more than three-quarters of species biodiversity over a geologically short time interval. These events occurred at the …

It has been proposed that the sixth mass extinction is currently in progress with increasing number of studies confirming that current extinction rates are more than 100 times higher than background extinction rates. This rate of species loss is on par with previous extinction events.

The K–T mass extinction was one of the most destructive events in the Phanerozoic, resulting in global extinction of ~40% of total genera and 47% of marine invertebrate genera. It is widely accepted that this extinction was triggered by a giant (10 km in diameter) meteorite impact at Chicxulub, Yucatan Peninsula, Mexico 66 million years ago.

The bolide event likely caused earthquakes, tsunamis and intense heat pulse that led to global wildfires, which had a strong impact on non-marine organisms. The initial “fireball stage” was followed by a global “impact winter” caused by dust particles and other aerosols blocking sunlight, resulting in a 6 °C cooling of sea surface temperature. The impact winter lasted months to decades and influenced both marine and terrestrial productivity, leading to nutrient soup accumulations, and the formation of stable cold deep water.

In addition, sulfur and nitrogen volatile compounds were injected to the atmosphere, possibly leading to acid rain and ocean acidification. The acid rain increased chemical weathering rates and resulted in a higher flux of bioavailable phosphorus into the ocean, resulting in additional nutrients to the nutrient soup.

Homo sapiens first appear in the fossil record ~315,000 years ago and since that time there have been several regional extinctions, becoming more frequent following the agricultural/neolithic revolution beginning ~10,000 years ago.

However, since the Industrial Revolution (1760–1840) and particularly after 1950, the Earth’s biosphere has experienced rapid changes in atmospheric conditions, warming of global temperatures and rising CO2 levels. These are the highest levels over the past 800,000 years and temperatures are predicted to increase by ~1.8–3.4 °C and CO2 levels by 170–420 ppm over the next century.

Increased atmospheric CO2 concentrations are causing measurable ocean acidification. This together with habitat fragmentation, pollution, overfishing and overhunting, the introduction of invasive species and pathogens, and expanding human biomass represents a combination of global wide extreme stressors combining in unprecedented ways for most species.

If these stressors are not mitigated, 75% of species are predicted to face extinction within the next few centuries to millennia.

Stony corals, the focus of this latest study, are particularly sensitive and are heavily impacted by direct human interferences (e.g. overfishing, pollution, coastal development and tourism damage), as well as warming and ocean acidification. They are predicted to suffer more than 30–50% extinction in the coming decades and century, respectively.

Takeaway from this latest Study

It suggests that the similarity in traits allowing coral survival exists through two very different extinction events imply that there is a basic mechanism which enables a coral to become a “mass extinction survivor” and which may be maintained for tens of millions of years.

The study provides alarming evidence that reef communities are currently in the process of transitioning into disaster communities, akin to previous extinction events.

Recovery of coral reef ecosystems from the K-T mass extinction was slow (2–10 My), as judged by the Paleocene re-establishment of algal symbiosis. While the slow recovery time of coral reefs following a mass extinction is distressing, it is worth noting that Primates (the Order that also includes humans) are also increasingly becoming threatened with extinction.

Primates do not possess analogous “survival” traits that enable some species to transcend major extinction boundaries, nor does Homo sapiens or any other Primate species, have a track record of mass extinction survival.