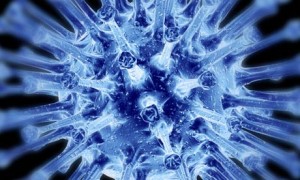 Every year I take time off to make a trek to a local clinic for a flu shot (OK, so this year was different, I did honestly intend to go, I just never got around to it). So why do I keep doing this most years (when I remember) , why can’t I just do it once and not worry about it after that? Well, the problem is that not only are there lots of different strains, but that they evolve and adapt. The traditional flu vaccine uses the external proteins on a flu virus (the H and N on strains such as H1N1 and H3N2) to prompt the body’s immune system to create antibodies. These proteins, however, are different across different strains and they are liable to mutate, making immune responses from vaccines limited. Also, every now and then something really nasty comes along.

It really does matter, flu is scary stuff. Not sure about that? OK, lets try a few stats that often surprise people.

For every death due to World War I, more than 3 people were wiped out by flu, and tragically we have forgotten this. But not everybody forgets, because it will happen again, its simply a matter of time and so research has been taking place for a better flu vaccine.

The news is that there has been a breakthrough. The Guardians science correspondent wrote it all up in an article last Sunday, so here are the highlights from that report …

Scientists at Oxford University have successfully tested a universal flu vaccine that could work against all known strains of the illness, taking a significant step in the fight against a disease that affects billions of people each year.

The treatment – using a new technique and tested for the first time on humans infected with flu – targets a different part of the flu virus to traditional vaccines, meaning it does not need expensive reformulation every year to match the most prevalent virus that is circulating the world.

Developed by a team led by Dr Sarah Gilbert at Oxford’s Jenner Institute, the vaccine targets proteins inside the flu virus that are common across all strains, instead of those that sit on the virus’s external coat, which are liable to mutate.

If used widely a universal flu vaccine could prevent pandemics, such as the swine flu outbreaks of recent years, and end the need for a seasonal flu jab.

The process of developing a seasonal vaccine takes at least four months and if the flu strain is highly pathogenic – as in 1918 when millions of people died – the delay means more people get sick and die before the vaccine is ready.

It will take several more years, therefore, before Gilbert’s vaccine can be licensed for use alongside traditional, antibody-inducing vaccines.

Mark Fielder, a medical microbiologist at Kingston University, said: “This study represents some potentially very exciting findings with positive implications not only for influenza but possibly for infectious disease in a wider context.

You can read the full article here, if this is of interest, then there is lots more detail.

What also might be of interest is the actual peer-reviewed paper published by the team, you can find that here in the Oxford “Clinical Infectious Diseases” journal, Volume 52, issue 1 Pp1-7

Finally, until the modified universal flu shot is available you should keep up to date with the normal flu shots (and yes, I should listen to my own advice)