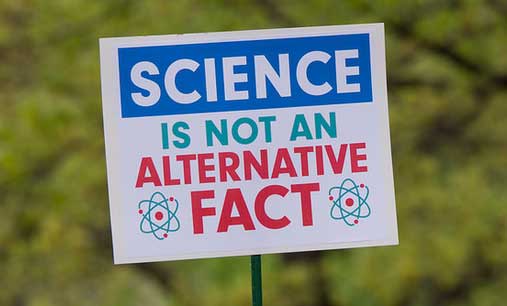 Academic publishing can for some be a rather daunting arena. There are literally thousands of journals.  Together they compose a reputation spectrum that at one end consists of the highly reputable high-impact journals such as Nature and Science, all the way through to the predatory journals that claim to be peer-reviewed, but in exchange for a fee will publish quite literally anything.

If you are not immersed and active within a specific field that how can you shift the wheat from the chaff?

One quick check is to lookup Beall’s list. University of Colorado Denver librarian and researcher Jeffrey Beall, who coined the term “predatory publishing”, first published his list of predatory publishers in 2010 and ever since has been maintaining it and keeping it up to date.

His criteria for determining predatory publishers that gets an entry on his list is quite extensive. To illustrate that, here is a small part …

A predatory publisher may…

A paper with the above title has been published on 18th April within “Environment Pollution and Climate Change”.

A journalist finding this might indeed be fooled into thinking this is a credible paper and so run with a story about the publication of a scientific paper that apparently re-writes our scientific understanding and completely refutes climate change.

If you start to read the paper then I can more or less guarantee that you will not get too far into it without grasping for a thought that can perhaps be best summed up as either … “WTF” … or … “This is utter gibberish”.

To give you a final flavour of the paper, I’ll quote from the conclusions:

In fact, it would be feasible to refute the climate greenhouse theory already by some simple arguments:

The fact, that the atmospheric carbon-dioxide has increased while the average global temperature has increased, too, does not at all reveal a causal relationship but solely an analogous one.

Indeed, but it’s extremely difficult to explain the rise in global surface temperature without including the influence of increasing atmospheric CO2. The reason that we think that increasing atmospheric CO2 is the main cause of the rise in global surface temperature is not only because it is consistent with our understanding of its influence, but also because it is extremely difficult to construct a physically plausible alternative.

Moreover, a greenhouse needs a solid transparent roof which is absent in the case of the atmosphere.

What? Really? This is one of the simple arguments? Referring to it as the greenhouse effect is simply an analogy, and an imperfect one at that. This isn’t a refutation of the theory, but an indication that the author hasn’t given this much thought at all.

This paper, “The Refutation of the Climate Greenhouse Theory and a Proposal for a Hopeful Alternative,” led to multiple jaw breaking floor events in just a few moments. (Anyone know a good floor repair team?)  With this item in a (claimed to be) ‘peer-reviewed’ journal, we have  an excellent example of the proliferation of nonsense and the very sad reality of the need for thoughtful people to take the time and energy to refute that nonsense.  To provide a perspective, someone just sent me this note:

He then proceeds to explain exactly why serious people find the content so absurd that they regard it as a prank.

The “Journal” is not on Beall’s list. Instead the publisher, Omics International is.

It turns out that this India based group that claims to publish “more than 700 “leading edge, peer reviewed” journals” is currently facing deception charges in the United States in a case brought by the Federal Trade Commission (FTC).

The FTC alleges the company has been engaging in deceptive marketing practices by claiming their journals were following rigorous peer review standards and had high “impact factors” — a measure of how often published papers are cited by other scientists.

OMICS also organizes hundreds of “conferences.” DeSmog has revealed that its so-called “4th World Conference on Climate Change” scheduled for Rome this coming October was being hijacked by a group of climate science deniers who claim to be investigating climate scientists for “fraud.”

After being contacted by DeSmog, both the World Meteorological Organization and the European Environment Agency said they were not involved in the meeting, despite the names of staff members being used on the conference website.

OMICS journals operate on an “open access” system where articles are publicly available but academics have to pay for their work to appear in them.

It is not Science

That’s not a slur, but rather is the general opinion of the community …

He added: “Such sham journals make a mockery of the scientific process and must be exposed for what they are. Associating in any way with this pseudo-journal would endanger one’s scientific reputation. Keep your distance from this toxic mess.”

So how has it been possible for this to happen?

In the more traditional model, the publishers of science journals earn income via subscriptions, hence they are motivated to ensure quality. If the work published was crap, then nobody would subscribe and so their income would be impacted.

Sadly in recent times they have proven themselves to be rather greedy by charging absurd fees, and so there has been a move towards open access journals. There are some very good open access journals that do a fine job and do adhere to a rigorous peer-review process. Unfortunately, it also opened up a market that is driven by two forces …

The apparent editor in chief of this “scientific” journal, “Environment Pollution and Climate Change”,  is Arthur Viterito. He is not only a geography professor at the College of Southern Maryland who has published climate denying stuff within other Omics journals (see here), but more interestingly is an adviser for the infamous anti-science Heartland Institute (see here).

A rather bizarre article that claims to overthrow the prevailing scientific consensus but is in reality just weird, has been published within a journal that will publish almost anything if you pay the fee. The publisher is currently facing deception charges, and the editor is a Geography professor which no climate science expertise and also has direct links to the Heartland Institute.

Should we take this seriously?

As advocated by Michael Mann, “Keep your distance from this toxic mess”.