They never intended to do so … honestly … but alas NASA has managed to draw an image of a Penis on the surface Mars. As reported by the HuffPo …

The twin exploration vehicles Spirit and Opportunity were launched nine years ago, in an effort to search the surface of Mars for signs of water erosion and possibly even life.

According to Nasa, since then the rovers have driven over more than 10km of Martian land, directed by teams back on Earth combined with autonomous cameras designed to avoid potential problems with the terrain.

It appears that part of the robots’ programming involves spinning in tight circles to test nearby terrain and find new routes.

Humorously, depending on your age perhaps, that has the unfortunate consequence of drawing a certain shape on the surface, which when discovered by Reddit essentially crashed Nasa’s website.

Oh, you want to actually see it? Well OK, here you go … 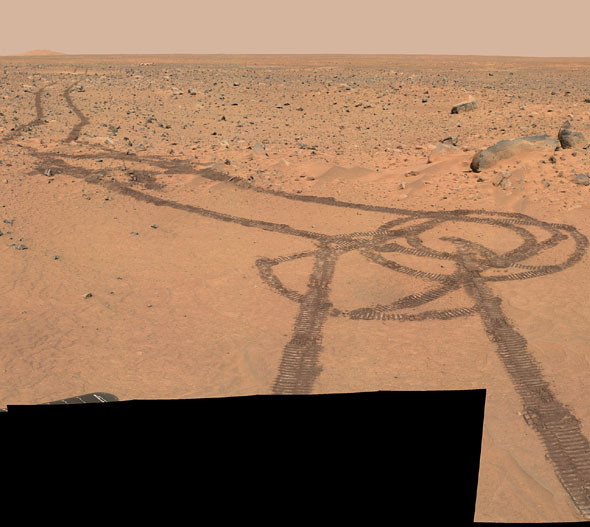 Perhaps Howard Wolowitz was in mission control that day… and of course there is now a facebook page.