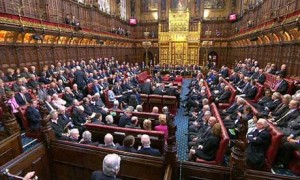 The UK’s house of Lords voted by a majority of 78 to pass the defamation bill. Is this really a big deal, or is it just another bit of boring law that will not really have much of an impact? It’s the former, it really is a big deal, the UK’s Guardian explains …

the bill is a landmark piece of legislation and should provide more protection for individuals and organisations, including newspapersand broadcasters, which criticise big companies.

The new law will also stop cases being taken in London against journalists, academics or individuals who live outside the country, denting the libel tourism industry, but not ending it altogether, as foreigners will still be able to lodge claims in the high court.

The fact that this is a huge step forward is what has many quite excited, here are some of the reactions out there …

“A campaign of small organisations, thousands of individuals and good parliamentarians has achieved changes that were denied to citizens and publishers for a century. We didn’t have resources but we had the weight of mounting injustice and the pressure from citizens to talk freely about their society, evidence, culture and the behaviour of powerful people within it. There are many compromises in the Defamation Act. But restrictions on trivial claims, a stronger defence of fair comment, and a new public interest defence will help writers everywhere to decide what to publish based on ‘is it true?’ rather than ‘will they sue?’”

“The Defamation Bill is a major advance for freedom of expression both here at home and abroad. For too long, free speech was chilled, restrained and threatened by our archaic libel laws, that were a laughing stock around the globe. Even President Obama passed laws to protect US citizens from its effects. We now have a Defamation Bill that will strengthen freedom of expression, end the global chill from libel tourism and prevent corporations from suing citizen critics. This is the first wholesale libel reform since 1843, so our 60,000 supporters can be pleased that their support has helped make a real change.”

“This has been a remarkable campaign that has united politicians and campaigners to reform a law that had become an international embarrassment. The chill has had an impact on anyone speaking out in the public interest – from scientists to bloggers – so this is good news for freedom of speech in the UK. However, as we heard in Parliament today, there is still unfinished business regarding internet  regulation and procedure that will be critical for delivering a fairer and more accessible law.”

“As someone involved the campaign from the start, and from inside and outside Parliament, I can see what an achievement it is to achieve this reform. Although not perfect or complete, it is a major step forward, although much will depend on the new proposed court rules and procedures which are awaited”

“This is an extraordinary story of cross party collaboration, fired up by a grass roots campaign, backed by everyone from nerds to Mumsnet, which includes mums who are also nerds. Four years ago, libel reform was not an issue that anybody cared about, but I have witnessed first hand how charities, bloggers, MPs, Lords and a multitude of others pushed this issue up the agenda, into manifestos, into the Queen’s Speech and now, at last, we have a Defamation Bill that will change the landscape of free speech in Britain.”

“As a long-time member of the Libel Reform Campaign, Mumsnet warmly welcomes the passage of the Defamation Bill. It’s not perfect, and of course we don’t yet have the full detail on how the regulations will deal with publication on the internet. But we applaud the hard work of everyone involved, and are very happy to have been a part of this much-needed reform.”

“The passage of the Defamation Bill is a long overdue victory in the campaign to reform the UK’s outdated and repressive libel laws. This new Bill significantly increases the ability of organisations to speak out in the public interest and take on vested interests which, until now, have been able to use the law to silence critics and crush freedom of speech.”

I’m also personally celebrating because I’m well aware of the stress that can be generated by a libel case. I was personally sued for $3 Million by some religious lunatics in Canada who took offence, not for something I personally wrote, but for an anonymous comment posted in this blog. So I also shall be raising a glass or two to celebrate this step forward.