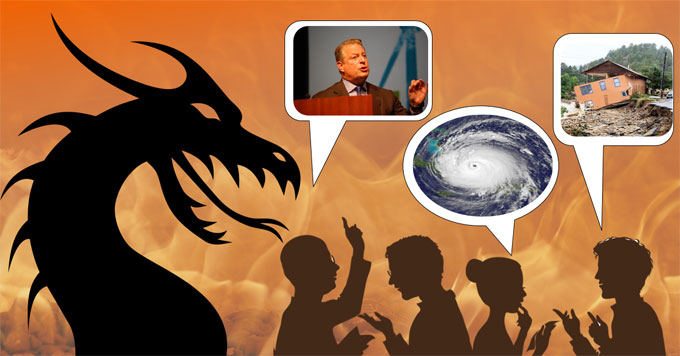 There are people who post rhetoric that is by design not simply false, but also crafted to provoke an emotional response. Often the best reply is none at all, and yet at times I fail and do not resist the temptation. One chap recently posted something that “inspired” me to respond with a rebuttal. His posting was information that was not only wrong, but his source was not a credible source. His response to my reply was more of the same. Should I keep going and reply to that? It was tempting, but in the end common-sense prevailed, I simply tossed my virtual quill, rolled my eyes, and walked away.

As an example of effective communication it was an utter failure. He no doubt also has the illusion that he won.

What lessons can I learn, how should I respond if I opt to do so?

That’s an interesting question to ponder over.

Yale Climate Connections has been running an on-going series of articles that are well worth reading. Here is a listing of them all (so far) …

They take a specific example of some Climate Denialism, then proceed to apply the above to the claim.

Side Note: the above are not the only articles related to effective communication that Yale Climate Connections has, there are others as well, and they are all worth checking out.

Let’s dip into the last one and see how it works.

Something akin to this has been doing the rounds …

The High Priest of Environmental Causes Al Gore was out promoting his waste of cellulose In January, 2006 – when promoting his Oscar-winning (yes, Oscar-winning) documentary, An Inconvenient Truth – Gore declared that unless we took “drastic measures” to reduce greenhouse gasses, the world would reach a “point of no return” in a mere ten years. He called it a “true planetary emergency.” Well, the ten years passed today, we’re still here, and the climate activists have postponed the apocalypse. Again.

By searching for parts of the text, it becomes possible to discover that this started on a climate denial blog, then spread from there into National Review, and has been picked up and repeated by what appears to be fake social media accounts. They trace it to illustrate the issue we face …

This small example shows how misinformation germinates within dubious sources like anti-science blogs, then spreads into sympathetic media, and gets shared and re-shared outward from there. Welcome to the disinformation age.

OK, so they apply their 4-step strategy.

For the first they call upon Scott Denning, a professor of atmospheric science at Colorado State University. Denning handles it as follows …

Denning’s first advice? Don’t fall into the trap of “fighting fire with fire.” Instead, he advises, “Find the nugget of a claim underneath the vitriol.”

It is not true that climate scientists predicted global catastrophe by 2018. Reading past the unhelpful tone, the logic behind this claim is as follows:

Premise 1: Emissions of CO2 and other greenhouse gases have continued and CO2 has continued to rise.

Premise 2: The consequences of the resulting warming so far aren’t all that bad.

Conclusion: Therefore global warming due to rising CO2 is not a problem and emissions can continue to rise without bound.

With the claim stripped of the inflammatory tone, it’s easy to examine in the light of day. The next step, says Denning, is to “dispatch with [the false claim] quickly and convincingly.”

The conclusion does not follow logically from the premises. CO2 and temperature have indeed continued to rise just as scientists predicted. Worse, the CO2 won’t go away when we eventually stop burning carbon, which is why the longer we wait, the more “drastic” measures we will have to take to avoid very serious damages to the world and our economy.

Denning explains, “I’m responding to the implication that there’s no urgency to reducing emissions. This is buried in the nastiness of the comment, but it’s the essence of the commenter’s message, so the thing we must refute.”

In other words, he ignored the nastiness and instead corrected the mythology.

Scott Denning has quite literally stepped into the Lion’s Den and been a speaker at Climate Denial Central, namely the Heartland Institute. So how did that pan out? You can read about it here – FINDING COMMON GROUND WITH CLIMATE-CHANGE CONTRARIANS.

For the second step they turn to John Cook, assistant professor at the Center for Climate Change Communication at George Mason University. He handled it as follows …

This climate myth argues that we haven’t felt climate impacts yet so CO2 emissions are not a problem. This is like jumping from a height and commenting halfway down that you haven’t felt any impact yet so everything’s fine. We are committing actions now that will have consequences in the future. 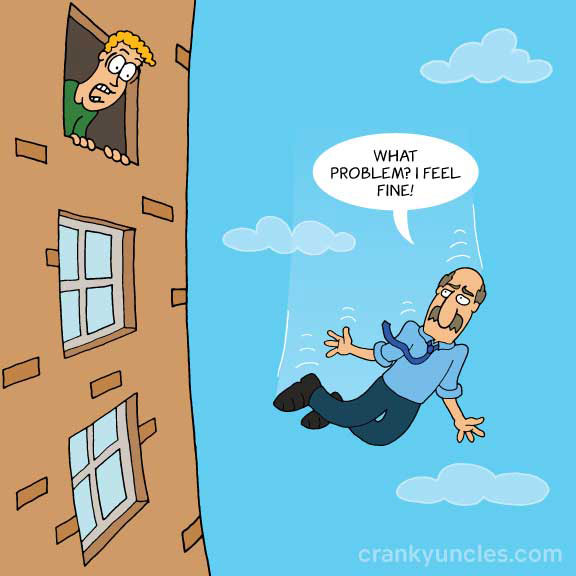 And for the record, we are experiencing climate impacts now. Heat waves are getting hotter and more frequent, droughts are intensifying, and warmer oceans are fueling hurricanes.

For this political psychologist Karin Tamerius steps forward with the observation that de-escalation is a common technique in conflict resolution.

Tamerius prefers to begin her engagement with a question. “I’m trying to redirect attention from the credibility of one person (Al Gore), to what this person believes,” she says. “If I can find out what matters to them, I can address those concerns specifically.”

By steering the conversation away from the arena of partisan politics, Tamerius hopes to uncover deeper understanding. “After determining how they define ’emergency,’ I would turn to finding out how close they think we are to an emergency now,” she says. In the face of copy/paste talking points, probing how someone knows something can bring the conversation to a more rational place.

“The best way to change this person’s mind about who climate activists are and what they stand for is through example,” she says. “Attacks should be ignored or sidestepped, not engaged.”

What truly matters is not the defence of the credibility of one politician, Al Gore, but instead to embark upon a meaningful conversation.

For this they have Rachel Molloy, of Redmond, Washington. She is an art director and also a volunteer who seeks to advance climate policy.

As she considers the Al Gore myth, Molloy quickly targets the claim that impacts have not occurred. “This is demonstrably incorrect,” she writes. She starts by leveraging the power of personal experiences.

We are seeing signs of widespread planetary problems. This summer offers plenty of evidence for that.

My daughters had to wear face masks for the first time just to play outside in the smoke and falling ash, as our wildfire costs ballooned over budget, and our air quality fell among the worst in the world.

She then proceeds to a larger scale:

The National Weather Service called Hurricane Florence “the storm of a lifetime” for the Carolinas, and recently Hurricane Harvey dropped “historic amounts of rainfall” of more than 60 inches. The storms are getting bigger and our USA record-keepers are exactly who is warning us on that.

When responding to misinformation on social media, Molloy always references credible sources. She selects some of those sources with an eye toward their potential resonance with her audience. For example, for fiscal conservatives who might be swayed by the rising price tag of climate change, she shares NOAA’s tally of weather and climate disasters.

Molloy keeps a “stockpile” of sources that are likely to be viewed as credible by conservatives: Ronald Reagan, George W. Bush, Exxon, and Chevron – all have supported taking action on climate change.

From Ronald Reagan to the 2017 Trump Administration National Climate Assessment … the science and the findings have been clear. Impacts from a warmer world are expensive and those costs are accelerating. 2017 just cost us +$300 billion, that’s some very expensive inaction, right here, right now.

She stayed calm and instead uses credible sources and factual information. She also advises that you should remain civil and patient throughout.

The argument was never really one regarding Al Gore or what he might or might not have said, that’s a distraction. The core of the fallacy in play here is the use of a supposed authority figure to attack basic climate science. The strategy is one that involves rising above that rhetoric and instead doing this

Meaningful effective communication is a skill that can be learned. It does not come naturally, but can be nurtured and developed. You will try, and fail, and then pick yourself up and try again having learned from your mistakes. Over time your skill will grow.