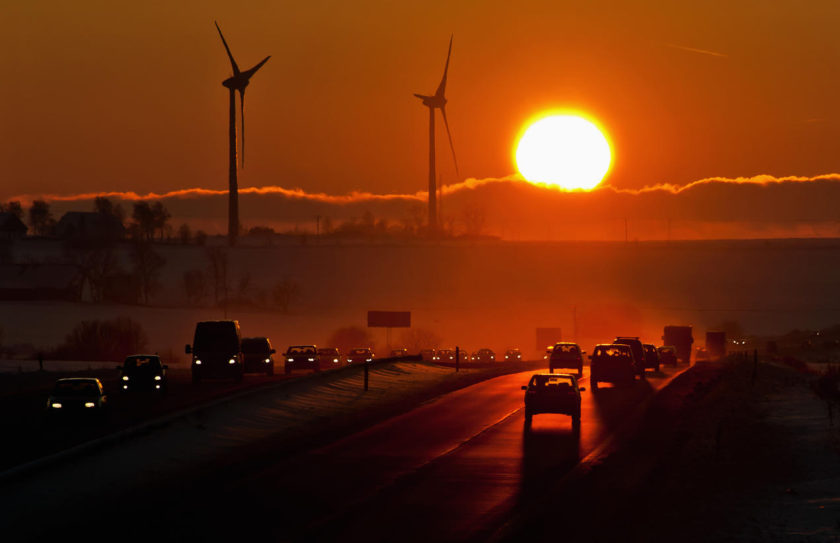 When casually discussing climate change, a rather popular rebuttal often offered by some is the idea that the climate always changes over time and that in the recent past there have been warmer periods. Examples often cited include the Roman warm period (250-400 AD), and also the better known Medieval Warm Period (700-1400 AD). Have the same conversation with a climate scientist and you will be advised that the current warming is the result of human activities and is unprecedented.

Denialism will often surface a word to describe this gap – “alarmism”.

Facts are facts, and the evidence continues to pile up.

Within today’s posting we have three new studies to highlight. All were published on 24th July in Nature and Nature Geoscience. Together they clearly establish that what is being observed now on a global scale – unprecedented warming.

Key Highlight: The climate is warming faster than it has in the last 2,000 years

Let’s take a quick tour of the 3 new papers.

For the first, the foundational one, the international research consortium PAGES (Past Global Changes, www.pastglobalchanges.org), has provided a comprehensive overview of climate data from the last 2,000 years. This dataset is sourced from global measurements of tree rings, ice cores, lake sediments and corals.

…All the eruptions were followed by substantial drops of summer temperature over the Northern Hemisphere land areas. In addition to the direct radiative effect, which lasts 2–3 years, the simulated ocean–atmosphere heat exchange sustained cooling for several years after these eruptions, which affected the slow components of the climate system …

Moving on to the 3rd related paper, to robustly verify the core PAGES 2K dataset, a team led by Raphael Neukom from the University of Bern analyzed it using six different statistical models – more than ever before. This allowed for the calculation of the probability of extremely warm or cold decades and centuries, and not just the calculation of absolute temperatures.

Publication in Nature: No evidence for globally coherent warm and cold periods over the preindustrial Common Era

Here we use global palaeoclimate reconstructions for the past 2,000 years, and find no evidence for preindustrial globally coherent cold and warm epochs.

In particular, we find that the coldest epoch of the last millennium—the putative Little Ice Age—is most likely to have experienced the coldest temperatures during the fifteenth century in the central and eastern Pacific Ocean, during the seventeenth century in northwestern Europe and southeastern North America, and during the mid-nineteenth century over most of the remaining regions. Furthermore, the spatial coherence that does exist over the preindustrial Common Era is consistent with the spatial coherence of stochastic climatic variability. This lack of spatiotemporal coherence indicates that preindustrial forcing was not sufficient to produce globally synchronous extreme temperatures at multidecadal and centennial timescales. By contrast, we find that the warmest period of the past two millennia occurred during the twentieth century for more than 98 per cent of the globe. This provides strong evidence that anthropogenic global warming is not only unparalleled in terms of absolute temperatures5, but also unprecedented in spatial consistency within the context of the past 2,000 years.

Here is a graph from that last paper that illustrates this …

But what about the Little Ice Age and Warm Periods?

Many people have a clear picture of the “Little Ice Age” (from approx. 1300 to 1850). It’s characterized by paintings showing people skating on Dutch canals and glaciers advancing far into the alpine valleys. That it was extraordinarily cool in Europe for several centuries is proven by a large number of temperature reconstructions using tree rings, for example, not just by historical paintings. As there are also similar reconstructions for North America, it was assumed that the “Little Ice Age” and the similarly famous “Medieval Warm Period” (approx. 700 – 1400) were global phenomena.

These new studies use actual measurements of tree rings, ice cores, lake sediments and corals on a global scale to establish that this was not the case.

Key Highlight: There is no evidence that there were uniform warm and cold periods across the globe over the last 2,000 years.

Climate fluctuations in the past varied from region to region

“It’s true that during the Little Ice Age it was generally colder across the whole world, but not everywhere at the same time. The peak periods of pre-industrial warm and cold periods occurred at different times in different places.”

If the warm and cold phases were not global, then what was going on?

The authors of the study in “Nature” see the explanation for that as being that regional climates in pre-industrial times were primarily influenced by random fluctuations within the climate systems themselves. External factors such as volcanic eruptions or solar activity were not intense enough to cause markedly warm or cold temperatures across the whole world for decades, or even centuries.

These new papers robustly establish that the warmest period of the last 2,000 years was most likely in the 20th century. They also show that this was the case for more than 98 percent of the surface of the earth. This shows – once again – that modern climate change cannot be explained by random fluctuations, but by anthropogenic emissions of CO2 and other greenhouse gases. What we didn’t know until now is that not only average global temperatures in the 20th century are higher than ever before in at least 2,000 years, but also that a warming period is now affecting the whole planet at the same time for the first time. And the speed of global warming has never been as high as it is today.

Shouting “Fire” in that packed theatre turns out to be a rally good idea because the building we are in is burning.

“This paper should finally stop climate change deniers claiming that the recent observed coherent global warming is part of a natural climate cycle,”

“This paper shows the truly stark difference between regional and localised changes in climate of the past and the truly global effect of anthropogenic greenhouse emissions.”