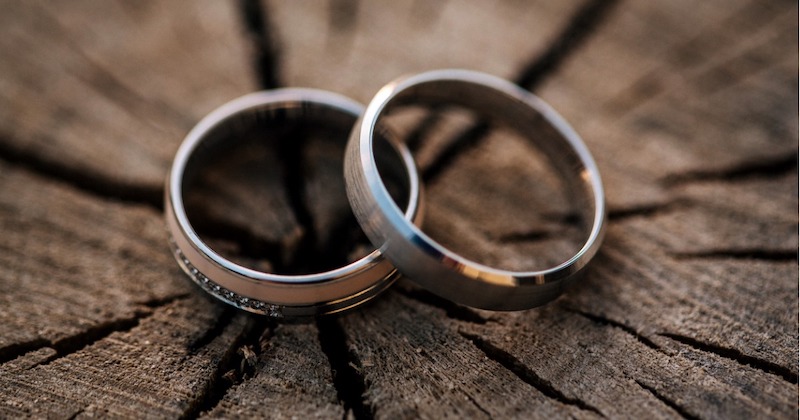 A bombshell update from a few days ago was that Joshua Harris, the guy who more or less kick started what is known as “Purity Culture”, announced that he was separating from his wife.

In a second bombshell, he has also now just announced that he has completely rejected the toxic Christian culture he once promoted, and is no longer Christian. He has also issued a deeply heartfelt apology to the Gay Community …

My heart is full of gratitude. I wish you could see all the messages people sent me after the announcement of my divorce. They are expressions of love though they are saddened or even strongly disapprove of the decision.⁣⁣
⁣⁣
I am learning that no group has the market cornered on grace. This week I’ve received grace from Christians, atheists, evangelicals, exvangelicals, straight people, LGBTQ people, and everyone in-between. Of course there have also been strong words of rebuke from religious people. While not always pleasant, I know they are seeking to love me. (There have also been spiteful, hateful comments that angered and hurt me.)⁣⁣
⁣⁣
The information that was left out of our announcement is that I have undergone a massive shift in regard to my faith in Jesus. The popular phrase for this is “deconstruction,” the biblical phrase is “falling away.” By all the measurements that I have for defining a Christian, I am not a Christian. Many people tell me that there is a different way to practice faith and I want to remain open to this, but I’m not there now.⁣⁣
⁣⁣
Martin Luther said that the entire life of believers should be repentance. There’s beauty in that sentiment regardless of your view of God. I have lived in repentance for the past several years—repenting of my self-righteousness, my fear-based approach to life, the teaching of my books, my views of women in the church, and my approach to parenting to name a few. But I specifically want to add to this list now: to the LGBTQ+ community, I want to say that I am sorry for the views that I taught in my books and as a pastor regarding sexuality. I regret standing against marriage equality, for not affirming you and your place in the church, and for any ways that my writing and speaking contributed to a culture of exclusion and bigotry. I hope you can forgive me.⁣⁣
⁣⁣
To my Christians friends, I am grateful for your prayers. Don’t take it personally if I don’t immediately return calls. I can’t join in your mourning. I don’t view this moment negatively. I feel very much alive, and awake, and surprisingly hopeful. I believe with my sister Julian that, “All shall be well, and all manner of thing shall be well.”

Who is Joshua Harris?

Back in 1997, Joshua Harris wrote a book titled I Kissed Dating Goodbye. This was supposed to be your best bet for a successful happy marriage. It was based upon the bible and is described as follows …

The book has been cited as an example of belief in ‘benevolent sexism’ and ‘women as property’[5] and ‘rape supportive messaging’[6], and of a ‘sexual purity teachings’ that emphasize a ‘hierarchical father-daughter relationship’ that reduces the agency of adolescent girls.[7]

The book was a hit, and is more or less responsible for the popularisation of the highly toxic “Purity Culture” that has ended up being responsible for greatly damaging and destroying many lives.

In 1997, Joshua Harris was 23 and single. You would think that people would have to be incredibly stupid to take lifetime impacting decisions and guidance from an inexperienced single 23 year old who knows nothing of any real substance about the topic, but hey, these are evangelicals, so all bets are off and it is gullibility on steroids. (I should know, I was into it when I was that age and was equally gullible)

Is Purity Culture really all that damaging and Toxic?

The slightly longer answer is perhaps best articulated, not by an outsider like myself, but by the voices of those that were once all part of it. Here are a few articles worth digging into to hear those voices …

I grew up in the purity culture. I had a purity ring, made a promise to remain a virgin until my wedding night, practiced strict modesty standards, and committed myself to courtship. In college and the years that followed I began to question the teachings of the purity culture. I ultimately stopped wearing my purity ring, dumped my extreme adherence to modesty, and married without the parent-guided courtship I had been raised to expect. As I rethought the teachings of the purity culture I began to see them as not simply misled but actually actively harmful….

I was raised in Christian purity culture. I proudly wore my “True Love Waits” ring. I read Joshua Harris’s Christian cult classic, I Kissed Dating Goodbye. And today, I’m a psychologist and a vocal critic of purity culture. The evangelical purity movement—born in the 1990s and still alive today—uses false promises, misinformation, and shame to persuade people to abstain from sex….

…the core message of the purity movement is steeped in fear: we are to remain pure or else. Purity culture pushes myths about premarital sex and the guaranteed benefits of abstinence until marriage. Proponents promise Christians that if we withhold just a little longer, our fairytales will come true—complete with amazing wedding night sex and lifelong sexual and marital bliss.

…Klein realized that she wasn’t nearly alone. In 2006, she began compiling dozens of testimonies from childhood friends involved in the purity movement and found that they were all experiencing similar feelings of fear, shame, and anxiety in relationship to sex. “Based on our nightmares, panic attacks, and paranoia, one might think that my childhood friends and I had been to war,” writes Klein. “And in fact, we had. We went to war with ourselves, our own bodies, and our own sexual natures, all under the strict commandment of the church.”…

Their Generation Was Shamed by Purity Culture. Here’s What They’re Building in Its Place …

A swell of voices within — and for some, now outside — the church have come to similar conclusions about the effects of purity teachings that permeated 1990s-2000s white evangelical churches. The context in each story varies, but the common theme identified is how a shame-based introduction to adolescence has left scars through adulthood. And while conversations about the harmful, sometimes PTSD-like consequences of adopting a purity ethic have been happening for well over a decade, the rise of the #MeToo movement in 2017, and the #ChurchToo movement soon after, offered many the impetus to speak out.

Joshua Harris has changed his mind

Back in 2016 within an NPR interview, Mr Harris said this …

I think I’m finally at a place where I’m really trying to listen to those voices. And I think it’s taken time for the consequences of the way that people applied the book and the way the book affected people to play out. And so I’m hearing these different voices saying, here’s how your book was used against me, here’s how it was forced on me, or here’s how I tried to – no one forced it on me, but I tried to apply it and it had this negative consequence in different ways.

I’m trying to go back and really evaluate, you know, where did my book contribute to that? Where was it too stringent? And where was that me and what I was writing, and where was that – the families and the church cultures and so on? So I feel like I’m on the front end of a process to help people in some way if I can apologize where needed and re-evaluate where needed.

It was the beginning. Now several years later things have progressed.

Today it is clear that he now fully grasps that his previous beliefs were toxic bullshit that greatly damaged countless lives, and he has not only bravely faced up to the consequences of it all, but now completely rejects it all, and instead expresses a deep remorse.

Some might indeed still feel anger against him because of his previous writings and what it ended up doing to them, but it is perhaps wise and best to remember that he himself is also very much a victim of the toxic culture of religious misinformation, and is guilty of not initiating it, but instead simply amplifying what was already there via his books.

Unlike many, he has listened to those that were greatly damaged and not only faced up to it, but has now radically changed his mind at great personal cost.

If a conservative Christian can change his mind like this, issue a heartfelt apology to the LGBTQ community, and also admit that he was wrong about marriage equality, then we can indeed retain hope for a far better future.