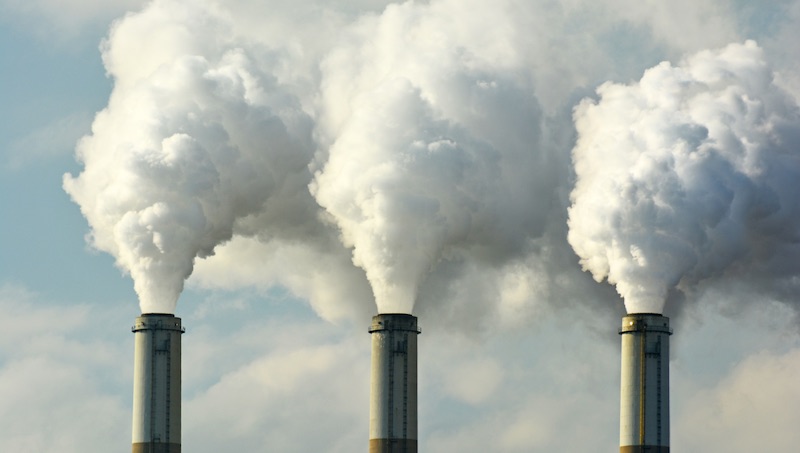 For the very first time in human history the amount of CO2 within our atmosphere has reached 415 ppm. The relentless and ongoing increase in the amount of CO2 has continued ever upwards, and we keep reaching new records. This is the latest update.

In 1958 Charles Keeling began formally recording the levels of Carbon Dioxide in our atmosphere from the NOAA Mauna Loa Observatory in Hawaii. Prior to that we had no continuous and consistent measurements. What he revealed were two things …

Each day since 1958, it is updated with the latest reading. Below is the full record along with the first ever recorded instance of CO2 at over 415ppm

We can do better than the above. By drilling into the ice sheets and then measuring the amount of CO2 trapped within the tiny bubbles we can work out what the levels of CO2 have been over the last 800,000 years.

In the above you can see us bouncing in and out of ice ages and the earth’s orbit varies at regular intervals due to the gravitational pull of the other planets, and then you can see when we began to industrialise.

You are breathing air that contains a level of CO2 never before experienced by any human ancestor; 415 is a first.

We aspire to addressing climate change, but until that precisely measured level starts to bend downwards, then we have in effect done nothing. As these levels continue to increase there will be consequences.

We have many options. Doing nothing in not one of the viable options.

CNN (13th May 2019): There is more CO2 in the atmosphere today than any point since the evolution of humans …

High levels of CO2 in the atmosphere — caused by humans burning fossil fuels and cutting down forests — prevent the Earth’s natural cooling cycle from working, trapping heat near the surface and causing global temperatures to rise and rise, with devastating effects.
The release of CO2 and other greenhouse gases has already led to a 1C rise in global temperatures, and we are likely locked in for a further rise, if more immediate action is not takenby the world’s governments.
According to 70 peer-reviewed climate studies, in a world that is 2 degrees warmer, there will be 25% more hot days and heatwaves — which bring with them major health risks and risks of wildfires.
Around the world, 37% of the population will be exposed to at least one severe heatwaves every five years, and the average length of droughts will increase by four months, exposing some 388 million people to water scarcity, and 194.5 million to severe droughts.
Flooding and extreme weather like cyclones and typhoons will increase, wildfires will become more frequent and crop yields will fall. Animal life will be devastated, with some 1 million species at risk of extinction. Mosquitoes however, will thrive, meaning a further 27% of the planet will be at risk of malaria and other mosquito-borne diseases.

“It shows that we are not on track with protecting the climate at all. The number keeps rising and it’s getting higher year after year,” Wolfgang Lucht, from the Potsdam Institute for Climate Impact Research (PIK), told AFP.

“This number needs to stabilise.”

“I’m old enough to remember when passing 400ppm was a big deal,” Gernot Wagner, a research associate at Harvard University, said on Twitter.

“Two years ago we hit 410ppm for the first time. By now, it’s 415ppm. And oh, the increase is increasing at an increasing rate!”