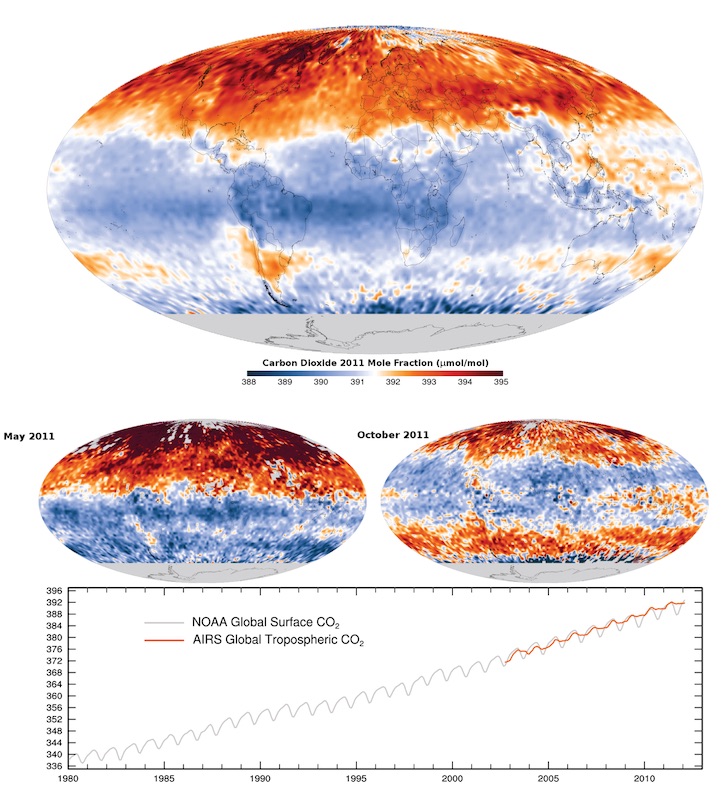 There is a new paper that has just been published within Nature Scientific Reports on CO2 levels. What it reveals is that the current levels within our atmosphere are now similar to a time many millions of years ago. Understanding what such levels did then paints a picture of where we are heading.

Study: Atmospheric CO2 during the Mid-Piacenzian Warm Period and the M2 glaciation

Published on July 9, 2020, it quantifies the CO2 levels from the mid-Piacenzian Warm Period. Doing this provides a means to deepen our understanding of Earth System behaviour in a warm climate state.

A team of researchers from the University of Southampton constructed a new high-resolution record of atmospheric Carbon Dioxide during the Pliocene using data derived from the boron levels in tiny fossils about the size of a pin head collected from deep ocean sediments of the Caribbean Sea.

One of the co-authors Thomas Chalk explains …

“A striking result we’ve found is that the warmest part of the Pliocene had between 380 and 420 parts per million CO2 in the atmosphere, This is similar to today’s value of around 415 parts per million, showing that we are already at levels that in the past were associated with temperature and sea-level significantly higher than today.”

“Currently, our CO2 levels are rising at about 2.5 ppm per year, meaning that by 2025 we will have exceeded anything seen in the last 3.3 million years.”

Where is this taking us?

Again, permit me to quote the authors of the paper.

“Ice sheets today haven’t had a chance to catch up with CO2 forcing. We are burning through the Pliocene and heading towards a Miocene-like future,” said another of the authors, Gavin Foster, a professor of isotope geochemistry at the University of Southampton. “We now have to go further back in time to find situations that are relevant.”

Does This imply Warming is natural?

Past variations have been slow and natural.

We also wholly and completely understand that the source for the currently rapidly increasing levels of CO2 is not natural, it is us burning fossil fuels.

We also wholly and completely understand that CO2 is a greenhouse gas that will warm our atmosphere.

Arguing that all will be fine and that we need do nothing is an argument with the laws of physics. No matter how hard the denialism faction might argue, and even if they managed to convince everybody to accept their argument, reality will inevitably beg to differ.

Past to future – when will we exceed this past CO2 levels?

Our level of CO2 are still rapidly increasing. Their data indicate that the CO2 levels will surpass even the highest Pliocene values within the next 4 to 5 years (i.e. by 2024–2025).