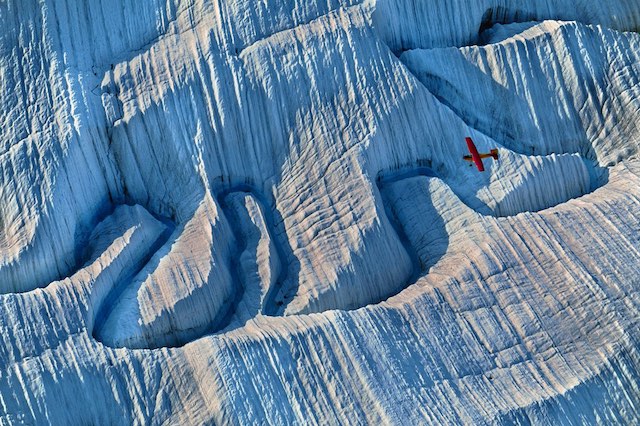 There’s a new Tipping Point article in Nature. This past week has seen the publication of not just one, and not even two, but three reports. Each highlights the dire threat we face from Climate Change. They also point out that we are not only not doing enough, but that what we are doing is having no real impact and that the levels of CO2 continue to climb.

Are we at the point now where we have crossed a Tipping Point?

We will come to that in a moment. First, for completeness, these are the three reports I’m referring to…

Climate tipping points — too risky to bet against

Published in Nature on 27th Nov (yesterday), it explores the effects of large-scale climate changes, how quickly they might unfold, and whether we still have any control over them.

History of the concept and the growing realisation

The Intergovernmental Panel on Climate Change (IPCC) introduced the idea of tipping points two decades ago. At that time, these ‘large-scale discontinuities’ in the climate system were considered likely only if global warming exceeded 5 °C above pre-industrial levels. Information summarized in the two most recent IPCC Special Reports (published in 2018 and in September this year)2,3 suggests that tipping points could be exceeded even between 1 and 2 °C of warming

The core of their article is this.

Current Paris Agreement commitments to reduct CO2 will still result in a global increase of 3 °C by the end of the century. That places us on the wrong side of climate tipping points that lead to unstoppable changes.

To avoid that outcome we must take action that limits warming to 1.5 °C. That demands that we accelerate and ramp up our response to the threat we now face.

Research in the past decade has shown that the Amundsen Sea embayment of West Antarctica might have passed a tipping point3: the ‘grounding line’ where ice, ocean and bedrock meet is retreating irreversibly. A model study shows5 that when this sector collapses, it could destabilize the rest of the West Antarctic ice sheet like toppling dominoes — leading to about 3 metres of sea-level rise on a timescale of centuries to millennia. Palaeo-evidence shows that such widespread collapse of the West Antarctic ice sheet has occurred repeatedly in the past.

The latest data show that part of the East Antarctic ice sheet — the Wilkes Basin — might be similarly unstable3. Modelling work suggests that it could add another 3–4 m to sea level on timescales beyond a century.

The Greenland ice sheet is melting at an accelerating rate3. It could add a further 7 m to sea level over thousands of years if it passes a particular threshold. Beyond that, as the elevation of the ice sheet lowers, it melts further, exposing the surface to ever-warmer air. Models suggest that the Greenland ice sheet could be doomed at 1.5 °C of warming3, which could happen as soon as 2030.

They go into a great deal detail ….

… Ocean heatwaves have led to mass coral bleaching and to the loss of half of the shallow-water corals on Australia’s Great Barrier Reef….

…Deforestation and climate change are destabilizing the Amazon — the world’s largest rainforest, which is home to one in ten known species. Estimates of where an Amazon tipping point could lie range from 40% deforestation to just 20% forest-cover loss8. About 17% has been lost since 1970. …

Is this just all Speculation?

They make this point …

Some scientists counter that the possibility of global tipping remains highly speculative. It is our position that, given its huge impact and irreversible nature, any serious risk assessment must consider the evidence, however limited our understanding might still be. To err on the side of danger is not a responsible option.

If damaging tipping cascades can occur and a global tipping point cannot be ruled out, then this is an existential threat to civilization. No amount of economic cost–benefit analysis is going to help us. We need to change our approach to the climate problem.

We argue that the intervention time left to prevent tipping could already have shrunk towards zero, whereas the reaction time to achieve net zero emissions is 30 years at best. Hence we might already have lost control of whether tipping happens. A saving grace is that the rate at which damage accumulates from tipping — and hence the risk posed — could still be under our control to some extent.

I think they are in fact correct. The risks are real, we now face unstoppable change, but we can still slow things down.

For example sea-level rise is happening, and that can probably no longer be stopped.

We do however still have options. We face a rise in sea level of 10m or more. What we can still potentially influence are the timescales. Will this unfold rapidly or do we act in a decisive manner and slow things down so that it all unfolds over a far longer timescale of 10,000 years.

What is clear are several things …

COP25 starts next week. This article, along with many of the other reports, feeds into that.