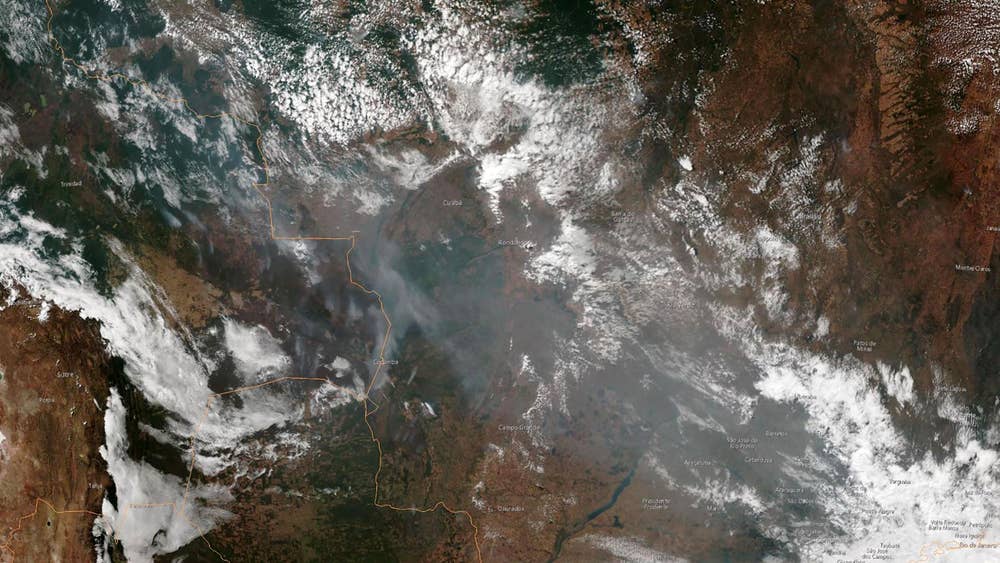 Wildfires happening in the Amazon. Vast swathes of Brazil’s rainforest have been set ablaze. This of course is not natural, it is the result of farmers and loggers clearing land. It is also not new, it happens each year.

This year is different, it has scaled up by roughly 84% compared to last year and that scaling up is the result of the official policy of Bolsonaro administration to destroy the Amazon rainforest.

Vast numbers of fires in Brazil’s Amazon region have been detected by National Institute for Space Research.

It’s a conspiracy – “They” did this

President Jair Bolsonaro has gone full Trump with the suggestion that non-governmental organisations (NGOs) could be to blame for the landscape’s incineration just to make him look bad. (Hint: he does not need fires or external agencies to do that, he has already done that himself).

“Maybe – I am not affirming it – these people are carrying out some criminal actions to draw attention against me, against the government of Brazil,” Mr Bolsonaro said in a video posted on his Facebook account on Wednesday.

“This is the war we are facing.”

He was asked for evidence by reporters, and … oh come now, you know what happened, this is a Trump clone, he had absolutely none.

You are truly shocked that he lied … right?

This is the guy who views NGO’s as an obstacle to his desire to develop Brazil, hence attacks them.

What is wholly factual, as has been pointed out by many NGO’s, is that the policies of the Bolsonaro administration are wholly responsible for this steep increase in Amazon deforestation and wildfires. That same policy has also motivated both Germany and Norway to withhold funds earmarked for sustainability projects in Brazil’s forests.

Voting complete and utter lunatics such as Bolsonaro into office has consequences, not just for Brazil, but for all of us.

If you seriously doubt that it is the official policy of the Bolsonaro administration to destroy the Amazon rainforest, then hit pause because here is a link to solid documentary evidence, their own internal documents, that this is their specific policy. Attacking non-governmental organizations is part of the Bolsonaro government’s strategy.

Wildfires – It is Not Just Brazil

In a warming world there is a measurable uptick in Wildfires. This is one of the consequences of Global warming. Time reports the following from Alaska …

Wildfires are a normal part of life in Alaskan forests. ….

what’s worrisome, says Beth Ipsen of the Alaska Interagency Fire Information Office, is just how long this fire season has stretched on. The season started early, beginning on April 30 with the Oregon Lakes Fire. And while fires typically start to peter out in August, recently there’s been a major uptick. About 236 of the 663 fires that started this year are still burning in the state, and it’s not clear when they’ll start to fizzle out.

“This is not normal,” Ipsen tells TIME.

Yale Environment 360 also reports the scale of it all …

…At least 54 large blazes are actively burning in 13 U.S. states, according to the National Interagency Fire Center….

More than 21,000 square miles of forest have burned in Siberia this month, according to Vox. A wildfire on the Canary Islands forced more than 8,000 people to evacuate this week. And Denmark sent firefighters to Greenland this month to battle a blaze that had been burning since July.

Vox also has photos of wildfires in Greece, Spain, Turkey, Indonesia, France, and Russia. Below is a selection of 4 of the many more images they have….